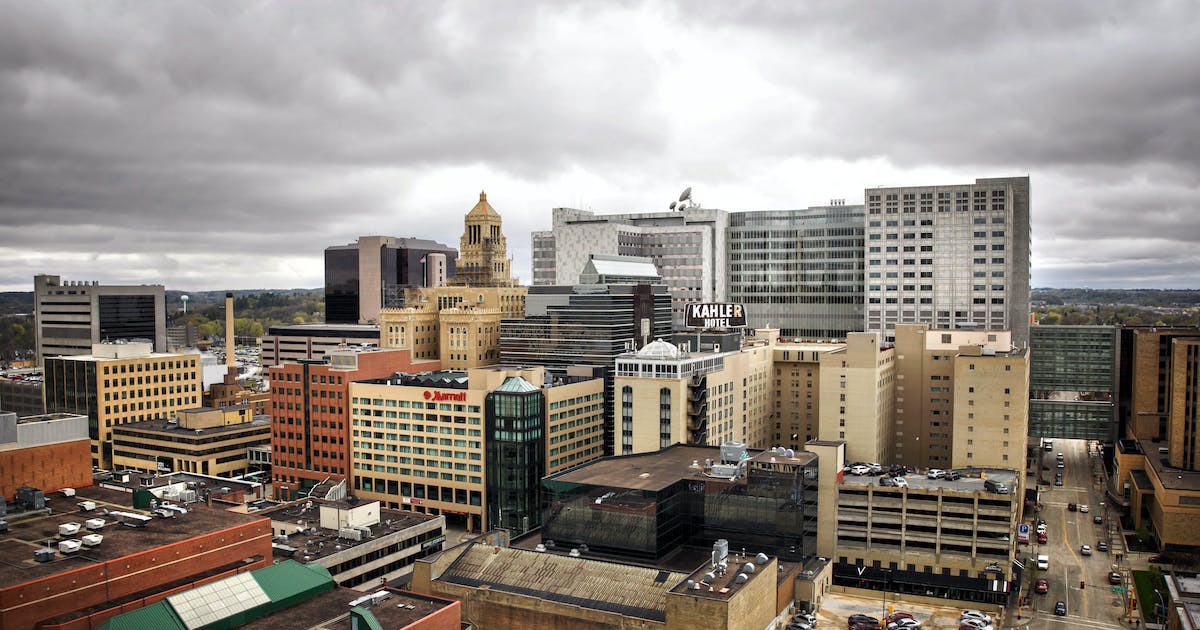 ROCHESTER — The odds of tripping in downtown Rochester are set to tumble this fall thanks to a planned sidewalk renovation project.

The Rochester City Council on Monday approved a $2 million contract with Pember Companies Inc. out of Menominee, Wisconsin, to fix up brick inlay sidewalk along six blocks of Broadway Avenue from 2nd Street NW. to a little past 4th Street SW., and near the Old City Hall building at 1st Avenue and 3rd Street SW.

Construction is expected to finish by Sept. 30, with another sidewalk renovation, near the Fontaine Tower on 2nd Street SE., set to wrap up at the same time as a planned transit station project in that area.

Rochester officials have discussed replacing the brick inlay project for over a year. The inlay was set in the 1980s, but the work degraded at a quick pace over the past several decades due to the grouting method used at its construction. City workers tried temporary maintenance in the past but haven’t kept up with the increasing cracks and brick pop-outs.

The council expected to approve the project last year but deferred after asking city staff to review potential Destination Medical Center (DMC) funding for the project. As a result, the city will only spend $50,000 in local funding — the rest comes from state DMC money. The project is expected to cost about $2.6 million in total, including construction contingencies, road barriers and project lighting.

The project also includes more sidewalk replacement than was scheduled last year. City officials say the initial sidewalk proposal took anticipated business development into account, but staff said some of those plans have yet to take shape.

“As long as the development was not imminent, we would chase out those brick inlays,” Assistant City Engineer Tyler Niemeyer said.

Project Manager Jaymi Wilson said the project didn’t include a downtown snow-melt system due to the cost, though two businesses expressed interest in having systems privately installed. As of Monday one business is still interested, while the other decided it wasn’t cost effective.

Council member Patrick Keane said he was concerned the project would harm local businesses during construction, but Wilson said the city has taken steps to address business owner concerns, from additional signage to show residents access points to increasing communication between the city and local businesses.

“Hopefully it’s not disruptive to a fault,” Keane said.