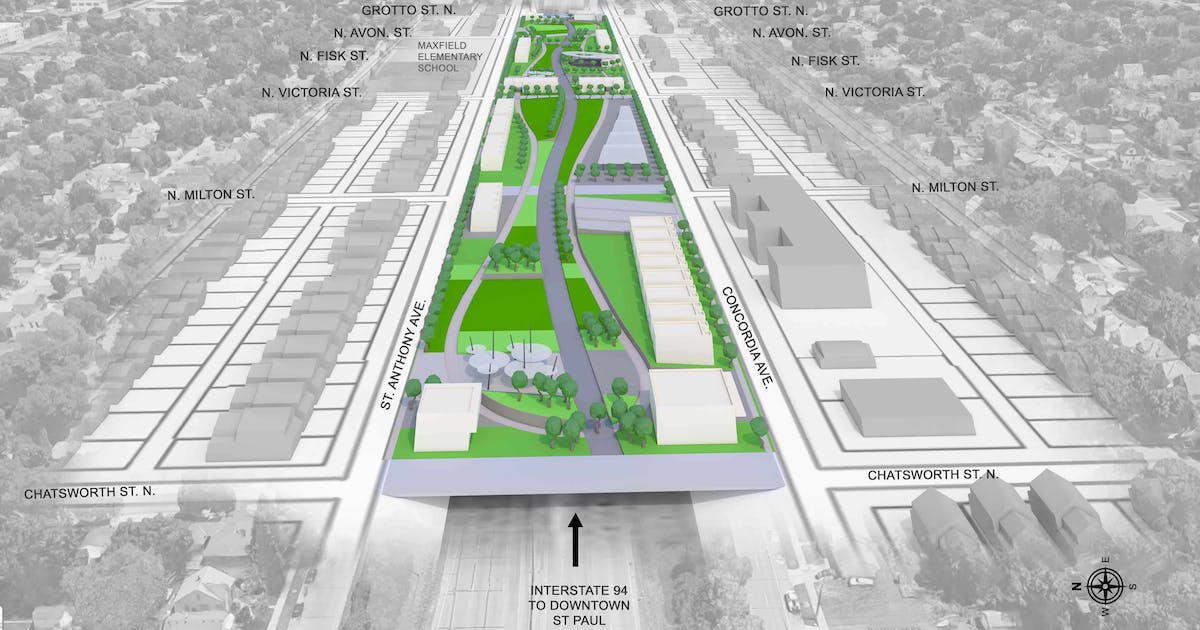 DFL lawmakers and advocates for a proposed land bridge in St. Paul’s Rondo neighborhood are pushing back against state legislation advanced by Republicans to prohibit the spending of money already approved for the project.

Last year, the Legislature passed a bill granting $6.2 million to ReConnect Rondo, the nonprofit leading the effort to build a five-block cap over Interstate 94 in the historically Black neighborhood that was torn apart by the highway’s construction. The money was allocated for predevelopment work.

Republican lawmakers recently introduced an effort to ban the state transportation commissioner from spending that money or other grants, such as those from the federal government or Metropolitan Council, saying the funding request was not properly vetted during last year’s session and should not be considered a transportation matter.

“To stand against this and single out this project seems a lot like the same old, same old racism,” said Jonathan Palmer, a member of the Rondo Roundtable group focused on preserving the community’s history and envisioning what a new arts and business district might look like. “It’s time to stop using the Black community as a bargaining chip — and instead, make right the things of the past that have impacted our future.”

State Rep. Jon Koznick, R-Lakeville, said in a House Transportation and Finance Policy Committee meeting last week that the project was not funded in a transparent way, with the money “tucked into a tax bill” late last session.

“There’s a number of projects in my community that could use much less money to make the roads safer,” he said.

Democrats expressed alarm at the idea of halting the funding, which they said would violate deals struck between party leaders.

“And it’s not just internal politics of a caucus — this is a commitment that was made to a group of people who have seen a real injustice by the creation of I-94 through their neighborhood, over their homes, over their businesses,” said Sen. Susan Kent, DFL-Woodbury.

Keith Baker, executive director of ReConnect Rondo, said he is not overly worried about the ban passing since Koznick’s amendment containing the proposal was already voted down in the DFL-controlled House, though it remains a part of a bill pending in the GOP-controlled Senate. He added that the coming elections mean “posturing is at its height.”

“But it’s still disappointing,” he said. “It has a tinge that is reminiscent of communities of color being not as important.”

ReConnect Rondo has been planning to use $1.3 million from the state to match a $5.4 million federal grant that members of Minnesota’s congressional delegation have pledged to help secure. Baker said over the next two or three years, the nearly $12 million total would go towards planning, community engagement and environmental impact studies — including an effort to make sure the new development doesn’t displace more people, an outcome some Rondo residents said they fear.

The group’s vision — a 21-acre lid over the highway that would create space for an “African American cultural, enterprise district” consisting of hundreds of new housing units, commercial development and parks — would likely take years and an estimated $458 million to realize.

State Sen. Scott Newman, a Republican from Hutchinson who proposed the funding prohibition, said he was not privy to negotiations between party leaders at the end of last session and planned to consult with those who were.

“I do not want to be party to a violation of any bipartisan agreement,” Newman said in a Senate Transportation Finance Committee meeting last week. “However, in my view, it doesn’t have anything to do with transportation. It isn’t there to reduce congestion or increase lane miles or move people.”

Newman declined a request for comment Tuesday, and an aide said he is still seeking more information about the funding. Sen. Paul Gazelka, the Republican majority leader when the funding was approved, also declined to comment.

Baker, who testified before the Senate last week, said advocates are keeping an eye on the Legislature as ReConnect Rondo gears up to launch some of its impact studies in May.

“Everyone that I know sees this as a transportation project because it was the transportation department that ultimately destroyed the community,” he said in an interview. “It’s a structure that focuses on mitigations of past harms or current impacts and transportation improvements. Transportation is intended to bring about mobility equity, to help support economic development and to improve quality of life.”