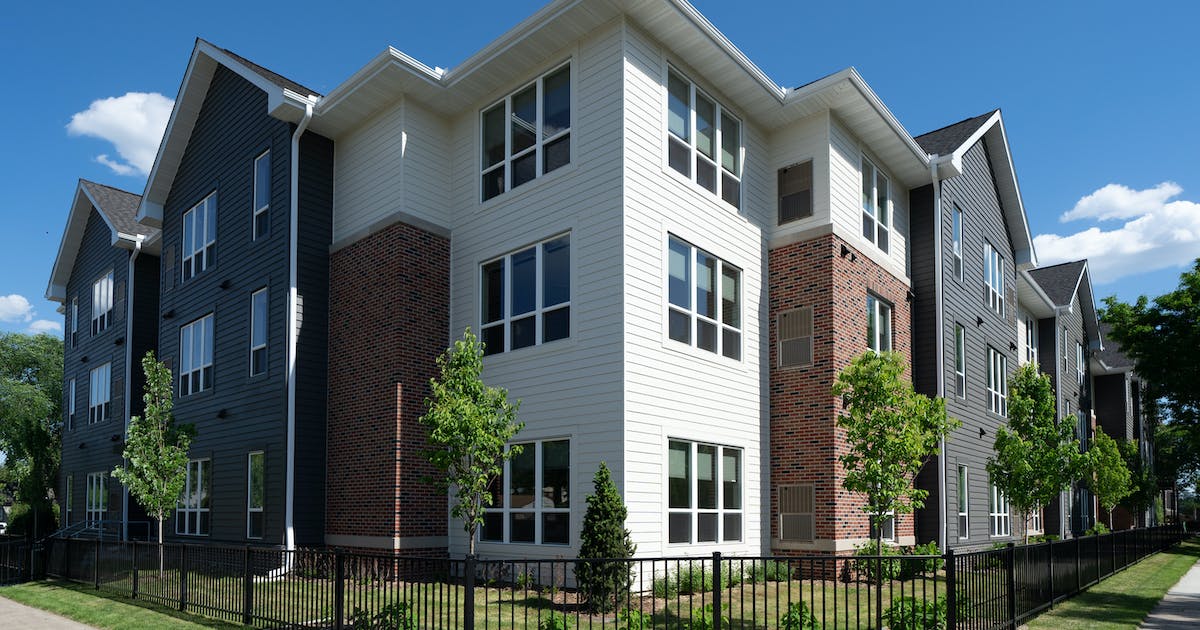 The Sabathani Community Center, one Minneapolis’ oldest African American nonprofits, celebrated the grand opening Wednesday of a 48-unit senior apartment building they hope will be part of a cultural revitalization of the neighborhood.

The roughly $12.3 million development at 3rd Avenue S. and 37th Street E. has been eight years in the making, and marks a milestone in the city’s strategic development plan for the 38th Street corridor.

“This gives us an opportunity to allow our folks to stay in this community,” said Sabathani CEO Scott Redd. “This community needs the seniors that have paved the way for folks like me … to be here today.”

Tenants began moving in this April, said Redd, who anticipates full occupancy by the end of August. Forty-four of the units are affordable at 50% of area median income, and four are set aside for people emerging from long-term homelessness.

Hennepin County Commissioner Angela Conley, who lives five blocks away, said her grandparents first moved to the Bryant neighborhood from Mississippi in the 1940s, and that she could see her septuagenarian parents living at Sabathani Senior Housing someday.

“I know many of us have similar stories of how far our roots go back into this community, and so it’s only right that when we get into positions to change what our communities look like, we do things like make sure our seniors have a place to call home,” Conley said.

Between 1930 and 1970, south Minneapolis was home to a vibrant African American community with its own credit union, newspaper and the first privately developed interracial housing project in Minneapolis. But starting in the 1980s, rising crime and economic depression closed neighborhood schools and Black-owned businesses, leaving only the Spokesman-Recorder newspaper intact. The 38th Street Thrive plan, passed in March 2021, aims to revive the Black cultural identity of the area through improving historic institutions like the Sabathani Community Center.

City Council President Andrea Jenkins said Sabathani Senior Housing was among her top five priorities since she assumed office in 2017. She and Mayor Jacob Frey proclaimed an honorary day for the apartment’s grand opening.

“This is truly a labor of love started many, many years ago when we realized that there was a shortage of affordable senior housing in the city of Minneapolis,” Jenkins said. “At that time, we committed to building affordable senior housing in every ward in the city of Minneapolis. I’m proud to say this is the first one. And I’m also sad because we need many more.”

The building was designed by Black architects Jamil Ford and Andrew McGlory, and built by TRI-Construction — a Black-owned construction firm — and Watson-Forsberg.

“This has been the most rewarding project I’ve worked on,” said McGlory, who also contributed to the Minneapolis Convention Center. “It was the first I’ve had the opportunity to have a client that was Black. To work with a Black architect and do something for the community, I have never been able to do that in my 34-plus years in architecture, so I thank God for that.”