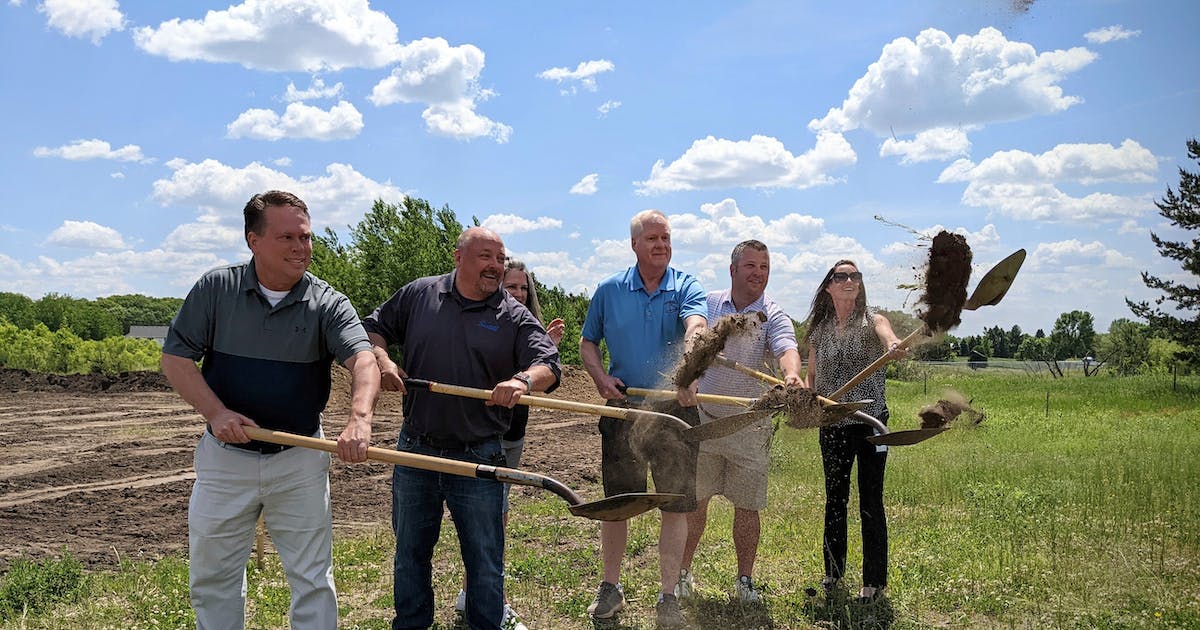 SARTELL, MINN. – More than seven years after 18-year-old Tom Bearson was killed during his freshman year at North Dakota State University, family and neighbors of the Sartell graduate broke ground on basketball courts that will bear his name.

The basketball complex at Sartell’s Pinecone Central Park is a partnership between the city of Sartell and the Tom Bearson Foundation, which was formed the spring after Bearson died. It will feature three basketball courts and one of the hoops will be Bearson’s childhood hoop from his parents’ Sartell home.

“I know Tom is here today with us because he wouldn’t miss this for anything,” said Greg Bearson, Tom’s father. “And I could assure you if he would have had a chance to play on these courts, he would have loved to have done that.”

Bearson went missing Sept. 20, 2014 and his body was found at a Moorhead, Minn., RV sales lot following a three-day search. Records say he died of homicidal violence by asphyxia. The killer hasn’t been caught.

“We believe that there could be a development relatively soon,” said Greg Bearson, noting the family is still in regular contact with law enforcement investigating Tom’s death. “It’s important that Tom gets justice. I’m sure it will help us find a way to move on — one less thing to think about and worry about.”

The foundation provides funding for student scholarships and youth basketball programs. It also funded a new gymnasium at the St. Francis Xavier School in Sartell. The basketball courts are the foundation’s largest project to date.

“This is our swan song,” said Debbie Bearson, Tom’s mother. “And then we’ll just keep our scholarships going. But you never know. Never say never.”

The foundation committed $150,000 to the project and city officials estimate spending another $75,000 to finish the project, which will also include playgrounds and a hockey rink. Future plans for the park, which already has baseball and soccer fields, a dog park and a concession stand, include a splash pad, paved walking trails and additional benches and picnic tables.

At the groundbreaking Thursday, Sartell Mayor Ryan Fitzthum said the courts will be a place for other generations to come and fall in love with the game of basketball and a “place for family and neighbors to come together.”

Fitzthum said the project is special to him as mayor but also as a former neighbor to the Bearsons, whom he lived near when he was growing up.

“This groundbreaking and this amenity to our community — as I’m getting chills — is truly special to me personally, just knowing the Bearsons, knowing Tommy and seeing this come to life,” Fitzthum said.

Greg Bearson said his family is grateful and humbled by the support they’ve received from the community over the last seven-plus years.

“This has been hard on our family,” he said. “But it’s days like today that make us realize that giving back to people is what helps you get through a tragedy.”