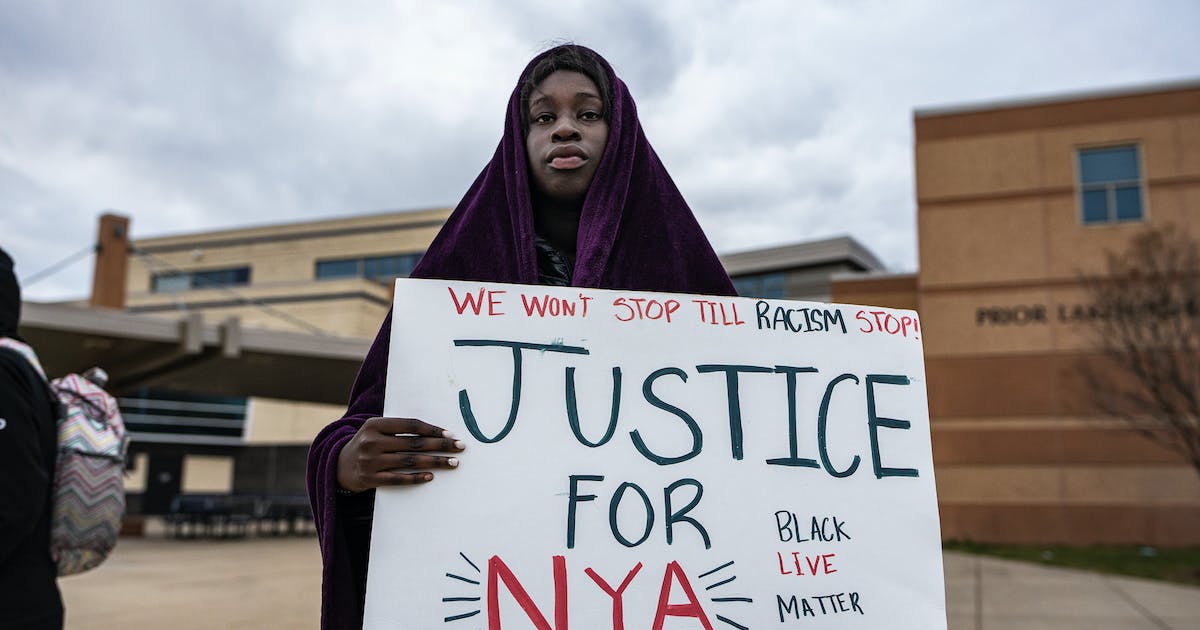 An investigation into a racist video targeting a Black teenager at Prior Lake High School has been forwarded to the Scott County Attorney’s Office for potential criminal charges.

The Savage Police Department announced Tuesday that detectives “completed a thorough investigation on the harassment report related to the racist video posted to social media” on Nov. 10.

Prior Lake-Savage School District Superintendent Teri Staloch said the district was investigating the incident with Savage police. She said at a contentious school board meeting last month that the student seen in the video was no longer enrolled in the district.

Hundreds of students and activists gathered outside Prior Lake High School for a peaceful demonstration to condemn the racist video while supporting Sigin and calling on the district to create a safer environment for students of color.

The video sparked a larger discussion at a recent event attended by students throughout the Twin Cities and state leaders to hear experiences of racism and harassment in school.

Patrol: Sheriff Hutchinson was driving over 120 mph while drunk in Alexandria crash