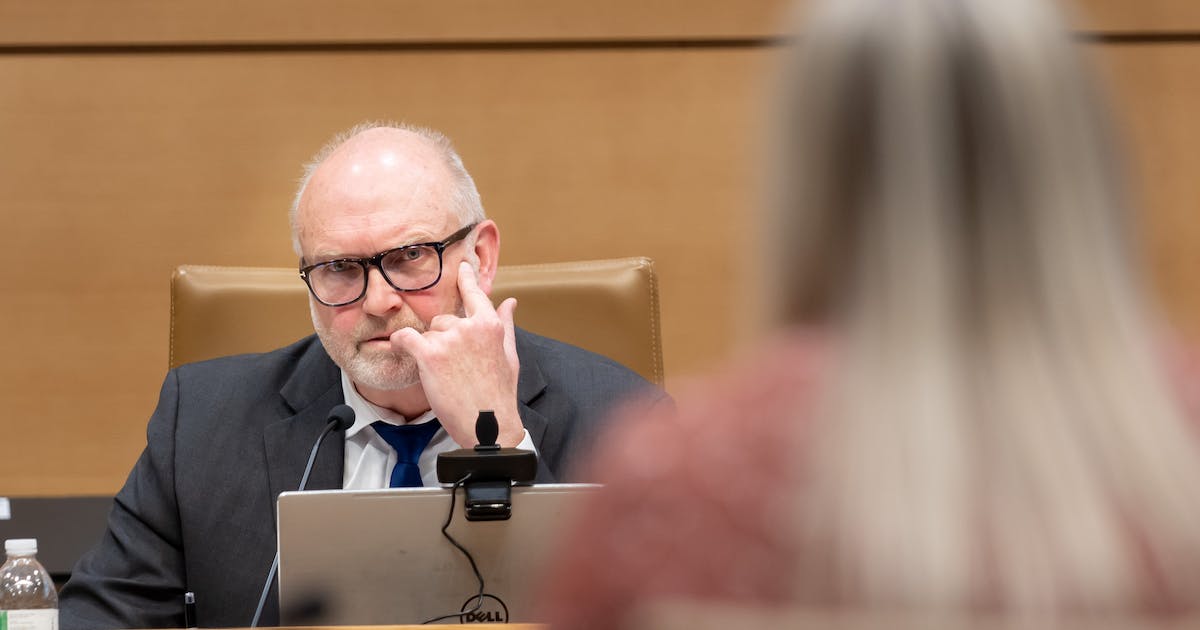 A second official from the Minnesota Department of Education on Wednesday defended the agency’s oversight of federal nutrition programs, telling lawmakers concerned about alleged fraud that the agency’s monitoring worked.

Chief Financial Officer Denise Anderson faced questions from the Senate Education Committee about the department’s handling of meal program funding and reiterated many of the same points the head of the Education Department, Commissioner Heather Mueller, made in her testimony on Monday.

“I think that the diligent monitoring and persistent reporting that we saw … shows that our risk activities worked,” Anderson said, adding later that the department doesn’t have investigative authority but reported concerns early to federal authorities and stopped payments to meal providers before a judge ordered payments to resume.

“Something went wrong and we’re trying to figure that out,” said Sen. Roger Chamberlain, R-Lino Lakes, the assistant majority leader in the Senate who leads the Education Committee.

The hearing came amid an FBI investigation into St. Anthony nonprofit Feeding Our Future and what investigators allege was a “large-scale scheme” to defraud the government of millions of dollars meant to reimburse community groups, vendors and nonprofits for providing meals to children in need. FBI agents raided more than a dozen sites in Minnesota in January, and in unsealed search warrants they allege millions of dollars funded luxury cars, lavish trips, lakefront homes and other personal spending.

According to FBI documents made public so far, investigators allege at least $48 million was stolen. It could be the largest fraud case of its kind in the country. According to a Star Tribune review of at least 20 fraud cases over the past decade involving the federal child nutrition programs, none of the cases approached the scope of the current investigation.

Feeding Our Future received $244 million in federal funds through the federal nutrition programs from 2018 to 2021, according to the FBI, which has not alleged that all of those funds were misappropriated. So far, a federal grand jury has not charged anyone with a crime related to the case and Feeding Our Future Executive Director Aimee Bock has denied any wrongdoing.

He added in an interview that more hearings could be held or policymakers could propose legislation to require audits or other processes to boost oversight of the Education Department and/or the state’s nonprofits.

“The department has said that they didn’t just try — they did stop it. And again we’re not accusing the department or anybody in it of fraud, but nothing got stopped,” Chamberlain told Anderson. “I haven’t heard, to date, of any other offenses nearly as egregious as this. So we have to work on trying to find where this broke down but clearly it broke down.”

Much of Wednesday’s 90-minute hearing focused on questions about what leaders at the Education Department did to oversee meal program funding when the COVID-19 pandemic hit and requests for meal reimbursements spiked. In 2021, the Education Department distributed $324 million to nonschool operators such as Feeding Our Future — up from $72 million in 2020, according to the Legislative Auditor’s Office.

“Our policies and procedures worked,” Anderson said. “The agency, and frankly the state as a whole, have their health and safety of their employees at the top of the list.”

Feeding Our Future sued the state agency in November 2020 for stopping its payments. In April 2021, Ramsey County District Judge John Guthmann told the department it didn’t have the authority to stop payments and ordered the department to resume payments. That same month, the Education Department provided information to the FBI, which began investigating in May.