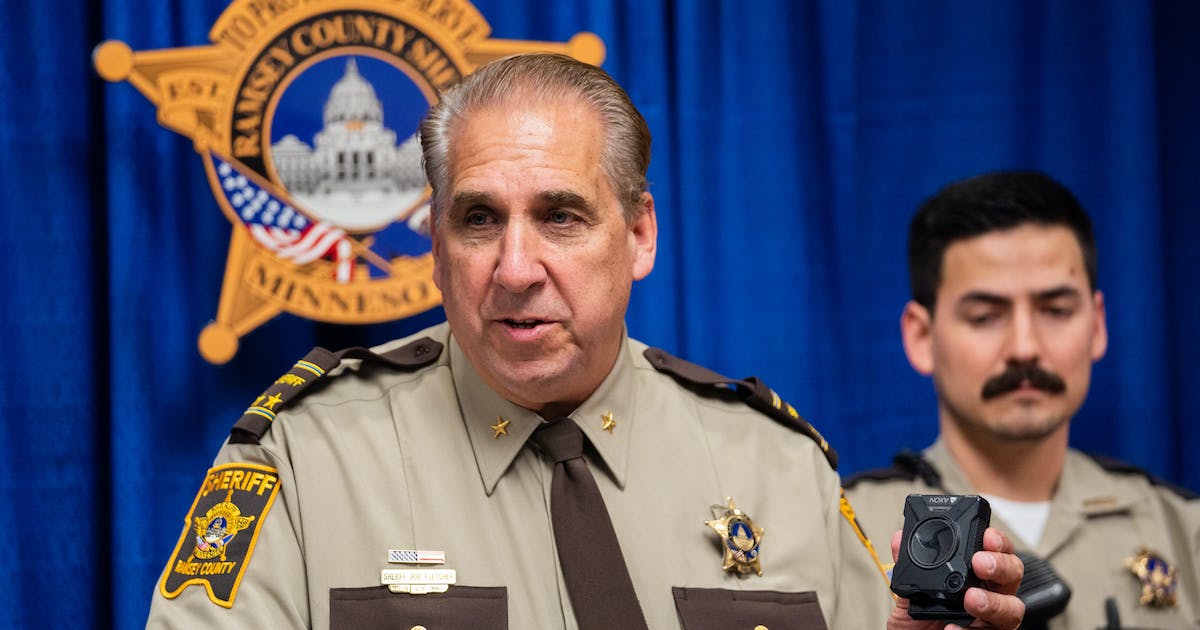 Ramsey County Sheriff Bob Fletcher, no stranger to controversy, has ignited another one with a proposal for his department to coordinate a metrowide effort to fight violent crime — with a focus on carjacking — that would be funded with $3 million in state money.

Under the plan, Fletcher would disperse the state funds to pay officers from other agencies. The bill is included in the Senate’s sweeping public safety package, though it did not have a hearing in the House and would likely be debated in a conference committee.

The measure says the state commissioner of public safety would report to the Legislature on how the money is spent. That was news to Commissioner John Harrington, who said he was unaware of Fletcher’s proposal until contacted by the Star Tribune and that his department opposes it.

“There is an apparatus that already exists,” he said.

In an interview, Fletcher was unmoved by Harrington’s opposition.

“It may be the Minnesota Senate had more confidence in the Ramsey Sheriff’s Office than it did in the Department of Public Safety when it comes to addressing carjackings,” Fletcher said. “And that’s because our department has become very good at catching carjackers.”

Fletcher created a three-person unit last fall to focus on stopping car thefts and carjackings. He said the unit made 48 arrests during the first three months of 2022, nine of those for carjacking. In the previous quarter, it made 30 arrests, six for carjacking. Carjacking arrests before the new unit were rare, he said, “because we didn’t have the resources.”

Minneapolis averaged about 20 carjacking arrests every three months in 2021, a year in which it saw about 600 carjackings in all.

Fletcher said $2.4 million in state money would pay for overtime for about 15 officers from different departments and five analysts to handle carjackings, assaults, robberies and gun violence. The unit commander would recommend which officers should get funding, leaving the decision to Fletcher and his administrative staff. Ramsey County would get “less than 20 percent” of the funds, he said.

Fletcher’s proposal also seeks $600,000 for a State Patrol helicopter to track carjackings. If a law enforcement agency in the metro area needed a chopper to chase a carjacker, it would ask the Ramsey County Sheriff’s Office.

Harrington said law enforcement agencies now simply contact the State Patrol when they need air support. If an agency outside Ramsey County needed a patrol helicopter, he asked, why should it have to get permission from the Ramsey County sheriff?

“It’s gotten crazy,” he said. “My constituents are saying, ‘I’m not going to send my kids down to college or go to a Twins game because it’s dangerous.’ “

Ingebrigtsen, a former Douglas County sheriff, said he didn’t feel the money should go directly to Minneapolis, though he acknowledged that most of the recent crime has occurred in Hennepin County.

“With the City Council talking about defunding police, that’s when it all started,” he said. “It has made a total mockery of public safety. … They don’t seem to care in Minneapolis and Hennepin County. They didn’t come asking for the money. Ramsey County did.”

Minneapolis police spokesman Howie Padilla said the department had no position on Fletcher’s proposal. “If this bill comes to fruition, we will examine the best ways the Minneapolis Police Department can contribute,” he said.

Rich Neumeister, a longtime open government and privacy advocate, reminded a Senate committee last month about the Metro Gang Strike Force, a metrowide anti-crime unit that shut down in 2009 after a series of scandals that included mistreatment of individuals and seizure of property for Strike Force members’ personal use.

“How are we going to make sure it doesn’t happen again?” he said in an interview.

“This sounds like the Gang Strike task force, and we all know how that went,” she said, adding that Fletcher needed to focus on Ramsey County. “We don’t have the sheriff of the world,” she said.

Fletcher argues that jurisdictions need to collaborate, given that criminals work across city lines. Harrington says collaboration already takes place, with additional resources available through the State Patrol and the Minnesota Bureau of Criminal Apprehension.

Fletcher said his proposal “is a completely different concept” from the Gang Strike Force and that its finances would be monitored by his own planning and policy director.

“Officers would remain supervised by their own jurisdiction and simply coordinate and cooperate on a regular basis,” he said.

Fletcher’s request for crime-fighting funds comes after three years of budget fights in Ramsey County, where he and county commissioners have repeatedly wrangled over spending and priorities.

Shortly after Fletcher took office in 2019, payroll costs threatened to torpedo his first budget. The county in early 2020 used $950,000 of its general contingency account to cover the losses, warning Fletcher that the Sheriff’s Office needed to mind its books.

In 2020, the Ramsey County Board reimbursed Fletcher for nearly $500,000 in contingency costs related to civil unrest. Last year, the sheriff sought more money for what he said were extra costs related to the Jan. 6 insurrection in Washington, the Derek Chauvin trial and the protests after the police shooting of Daunte Wright, along with a variety of threats against public officials and local businesses. The board voted 4-3 to grant his requested $868,530.

When Ramsey County made cuts across the board in 2020 to restrain taxes during the COVID-19 pandemic, Fletcher sued the board. He said he needed not only the $1.175 million the board cut from his nearly $63 million budget but an additional $2.54 million to handle retirement contributions, salary differentials, premium pay and civil unrest. He ultimately lost the suit when the district court judge didn’t accept his arguments.

Fletcher also has drawn complaints from county commissioners for pursuing things beyond the scope of his office, such as funding for a charter school proposal and negotiating to take over State Fair security without first notifying them. The Sheriff’s Office coordinated fair security last year, but the fair has since reinstated its own police department.