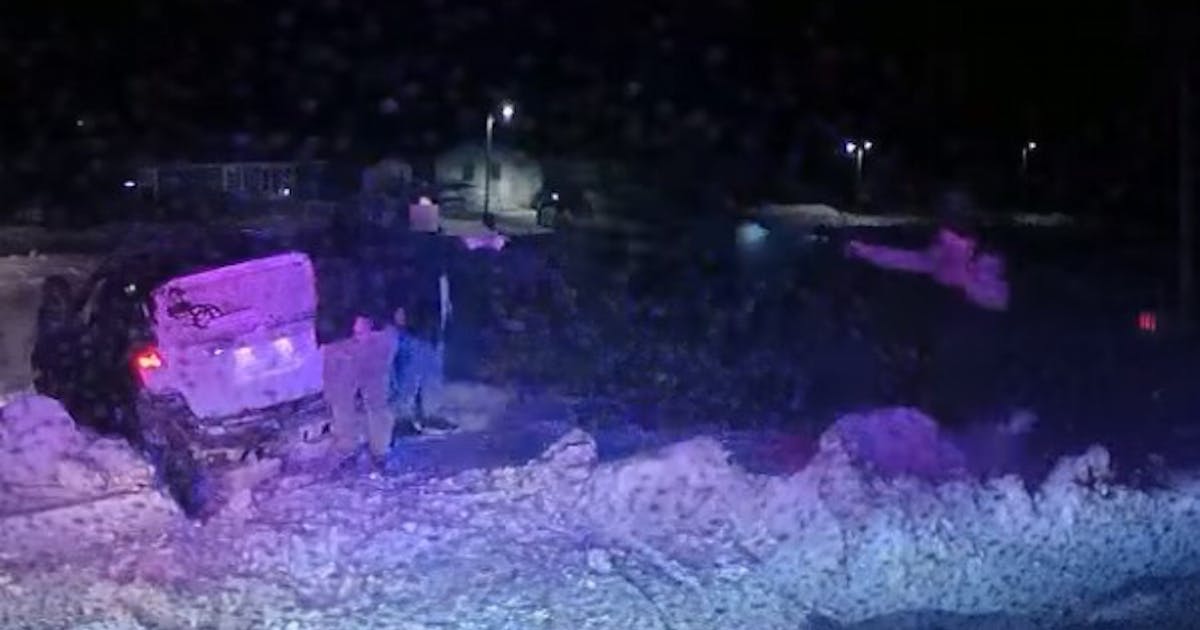 A northern Minnesota sheriff released video footage Wednesday of a deputy shooting a woman last month and in a statement countered criticism the deputy received on social media.

Police say Mahnomen County Sheriff’s Deputy Dakota Czerny was called to the area about 1:30 a.m. March 13 near the village of Naytahwaush to assist another deputy with a traffic stop that turned into a pursuit, according to a statement from Sheriff Josh Guenther on social media Wednesday. Czerny used an intervention technique that sent the suspect vehicle into a ditch.

Czerny was placing handcuffs on another person standing outside the suspect vehicle when he saw passenger Shequoya Deanne Basswood, 20, with a gun and retreated backwards, according to Guenther’s statement.

The video shows Basswood turning and lifting what appears to be a gun and extending her arm towards Czerny as he shouts, “Drop the gun.” The deputy then fires several shots and falls over a snow bank.

It is unclear in the video if Basswood fired the gun she was holding. Basswood previously told the Star Tribune the deputy fired as she was removing a gun from her shirt and that she sustained numerous injuries.

“He told me to put my hands on the hood,” she said. “I did have a Glock in my shirt … so I took it out. He must have thought I was going to shoot him.”

Guenther said he released the recording to address an image of Czerny on a wanted poster on social media alleging the deputy attempted to murder Basswood.

“There is a narrative being pushed through social media from a coalition out of the Twin Cities area stating that Deputy Czerny attempted to murder Basswood,” he wrote. “This coalition has created a ‘Wanted’ poster regarding Deputy Czerny, which raises serious questions about Deputy Czerny’s safety.”

Police say Basswood was charged with first-degree assault, attempted murder, firearm possession, fleeing a police officer and carrying a pistol without a permit. At the time of the incident she also had warrants out for her arrest from an assault in June, according to police.