Should you get a second COVID-19 vaccine booster? 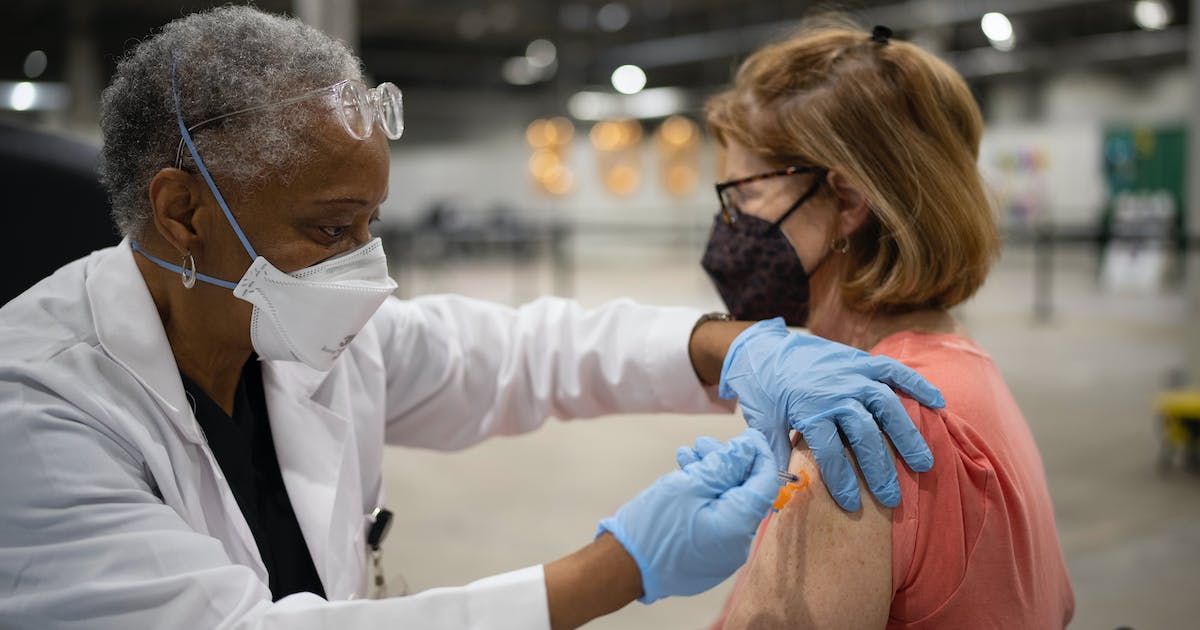 New federal guidance on second COVID-19 booster doses has left many Minnesota vaccine recipients questioning when and if they should get another shot.

Monica Heltemes, 51, eagerly sought COVID-19 vaccinations last spring and a booster dose in November, but the occupational therapist isn’t sure she wants a fourth dose now. The Dayton, Minn., woman figured a breakthrough coronavirus infection in December already gave her an immunity boost.

“Cases are low in Minnesota,” she said. “So if I think I would get any additional boost from a second vaccine, then I would want to wait to take it until a bigger threat was on the horizon.”

While newly eligible people snapped up pharmacy vaccine appointments this week, Heltemes was hardly alone in her indecision. Tuesday’s federal guidance allowed second COVID-19 booster shots for people who are 50 or older, have weakened immune systems, or have only received two doses of the less-effective Johnson & Johnson vaccine, but it didn’t specifically recommend that people seek them.

The expansion makes it easier to issue a stronger booster recommendation in the event of another pandemic wave, but for now even infectious disease experts are uncertain. Dr. Frank Rhame, an Allina Health virologist, said the Food and Drug Administration and the Centers for Disease Control and Prevention bypassed their vaccine advisory committees, which could have issued clearer advice.

“Maybe the CDC will give us more,” said Rhame, who led a local arm of the J&J vaccine clinical trial. “It’s probably a good thing, but it’s too speculative to provide a good basis for a recommendation so far.”

Some Minnesotans already are in the new category: double-boosted. Second boosters are allowed four months after first boosters because of evidence that immunity wanes over time.

Jean Butala, a 66-year-old retired teacher from Bloomington, got her second booster dose without an appointment on Thursday at the state’s community vaccine clinic at the Mall of America. It was a no-brainer, as well, for Ann Dropps of Annandale, because she knew three people younger than 40 who suffered severe COVID-19 earlier this year, and two of them died.

“One still on a ventilator and will need a miracle to survive … need I say more,” she said in a post to the Minneapolis Vaccine Hunters Facebook group.

Pandemic risks are low right now in Minnesota, which has identified 4.2 million coronavirus infections and 12,410 COVID-19 deaths overall. Nearly one in four COVID-19 tests were positive in mid-January as the fast-spreading omicron variant swept across Minnesota. That rate dropped to 2.9% in the week ending March 24.

Cari Trousdale, 63, said the low viral spread gave her pause, but she made a booster appointment for next week because she has diabetes and is at elevated COVID-19 risk. The Mendota Heights woman drove 800 miles collectively last year to get her first COVID-19 vaccine doses in Wahpeton, N.D.

“I’m pretty willing to do whatever to help temper my risks of getting COVID,” she said.

Health officials urged people not to confuse questions about a second booster with the proven benefits of COVID-19 vaccination. People who were boosted during the omicron wave were 21 times less likely to die than unvaccinated people, the CDC reported this week.

“There does seem to be some advantage to getting the repeat booster, although the biggest benefit is seen when you go from unvaccinated to vaccinated,” said Dr. John O’Horo, a Mayo Clinic infectious disease specialist. “The boosters are really providing an additional benefit on top of that.”

Mayo doctors discouraged waiting for boosters because of recent infections, because immunity levels after COVID-19 can vary in strength and duration.

A recent U.S. study found slightly stronger immune responses when people switched between Pfizer and Moderna vaccines for their first boosters, but O’Horo said there is limited evidence over second boosters. People are going to receive protection whether they stick or switch with vaccine types, he said, so people shouldn’t delay boosters over this issue either. The exception is the single-dose J&J vaccine; people who have only received two doses of that type are encouraged to switch for their next booster dose.

Bloomington-based HealthPartners contributed to national research that motivated the CDC’s decisions. Results this week showed that vaccine effectiveness in preventing hospitalizations was 31% among single-dose J&J recipients and 67% among people who received two doses. Protection increased to 78% among J&J recipients who switched to other vaccines for boosters, and to 90% among recipients of Moderna and Pfizer vaccines for their initial shots and boosters.

“We don’t know what’s coming next,” said Dr. Malini DeSilva, a HealthPartners coauthor of the national study. “It’s still really important to get vaccinated if you haven’t yet.”

Only 3.6% of doses administered in Minnesota involved the Johnson & Johnson vaccine, but it was given to Gov. Tim Walz and former Gov. Tim Pawlenty at a public event. Walz later received another type for his booster. Pawlenty is among nearly 29,000 Minnesotans who received only two J&J doses, making them eligible for a second booster regardless of age or health status.

Pawlenty said he plans to get a Pfizer or Moderna booster “but may wait just a bit to see if the CDC actually recommends it.”

COVID-19 vaccines lost effectiveness during the omicron wave. Fully vaccinated people made up 37% of COVID-19 deaths in the second half of 2021 in Minnesota, but 55% in the first month and a half of 2022, according to state breakthrough infection data. Even the latter number reflects reduced risk, though, because fully vaccinated people make up 79% of Minnesota’s adult population — and they are disproportionately older and at greatest risk of severe COVID-19.

The waning effectiveness dissuaded Jason Michaelson, 45, of Apple Valley, from an additional booster when he becomes eligible, because the current vaccines were created against viral variants that are no longer spreading. His wife may get a booster, though, because of her underlying health conditions.

“I have no interest in a fourth shot of the same thing,” he said. “If the manufacturers produce one tailored to omicron, or whatever the next spiking variant ends up being, I’m all in for one.”

Manufacturers are pursuing updated and variant-specific vaccines, but studies in animals this year haven’t proven an additional benefit over boosters with existing vaccines.

Elisabeth Schulte, 55, said she is glad she has the benefit of time. The Osseo woman has received four doses already as someone with an immunocompromising medical condition, but won’t be eligible for a fifth until May. Schulte credits the vaccine for protecting her while she cared for a sick 10-year-old daughter who tested positive for COVID-19.

“Honestly, I’m a little bit more hesitant with this one than I was with the last one, but I don’t think it’s enough that I won’t do it,” she said. “It doesn’t seem like there is a lot of information out there other than, ‘you can get it!'”