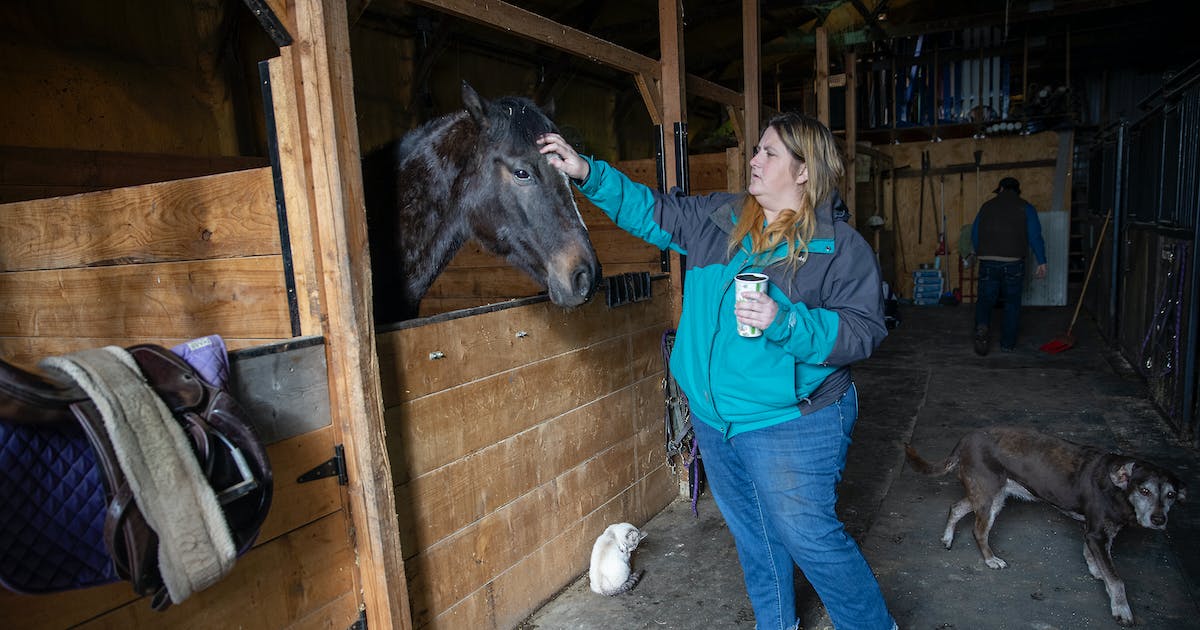 For the first time in more than a year, Candi Lemarr has been getting a good night’s rest.

The Sleepy Eye, Minn., horse trainer said she’s putting her life back together after a Brown County jury acquitted her of 20 counts of animal cruelty and mistreatment.

“All we’ve ever asked for was for the truth to be told, and that came out in court,” she said. “After all we’ve been put through, I had honestly started losing faith in the justice system and people in general.”

After a five-day trial last week, the jury took less than an hour to deliver its not-guilty verdicts, said James Kuettner, a Mankato attorney who was one of two lawyers defending Lemarr.

“We were ecstatic,” Kuettner said. “The emotions were really high on all sides in this case.”

Lemarr was charged with the criminal misdemeanors in 2021 after Brown County investigators removed seven horses, three donkeys and a pony from her Sapphire Equestrian Farm, where Lemarr raises thoroughbreds, runs a riding school and trains high school and middle school riding teams.

The investigators alleged that the animals were underweight, poorly fed and dirty. Several needed dental work, they said.

To help fund her riding school, Lemarr takes in sickly horses from breeders, nurses them back to health and sells them. She said she had taken in some animals from a breeder, but they didn’t thrive after months in her care.

She returned them to the breeder, and days later, investigators showed up at her farm.

“There was a lot of [exculpatory] information they could have received, but they didn’t go out and find it,” she said. “I think it was a retaliatory complaint that was made because of a falling-out” between Lemarr and the breeder.

“Our office believed we provided evidence beyond a reasonable doubt that Ms. Lemarr neglected the horses,” Jensen said in a statement, “including the testimony of two experienced veterinarians that, in their opinion, these horses were neglected.

“However, the jury is the ultimate finder of fact, and in this case, they found her not guilty. The most important thing is that the … horses Ms. Lemarr voluntarily surrendered are receiving the care they need.”

Lemarr said she was attacked on social media, with “incorrect information being spewed.” While her charges were pending, she cut back on equestrian activities at the farm. Despite her vindication, she said, the wounds won’t go away anytime soon.

“But I don’t think we’ll ever be back to where we were. When you go through something as traumatic as this has been for me and my children, you’re never going to be quite the same again.”