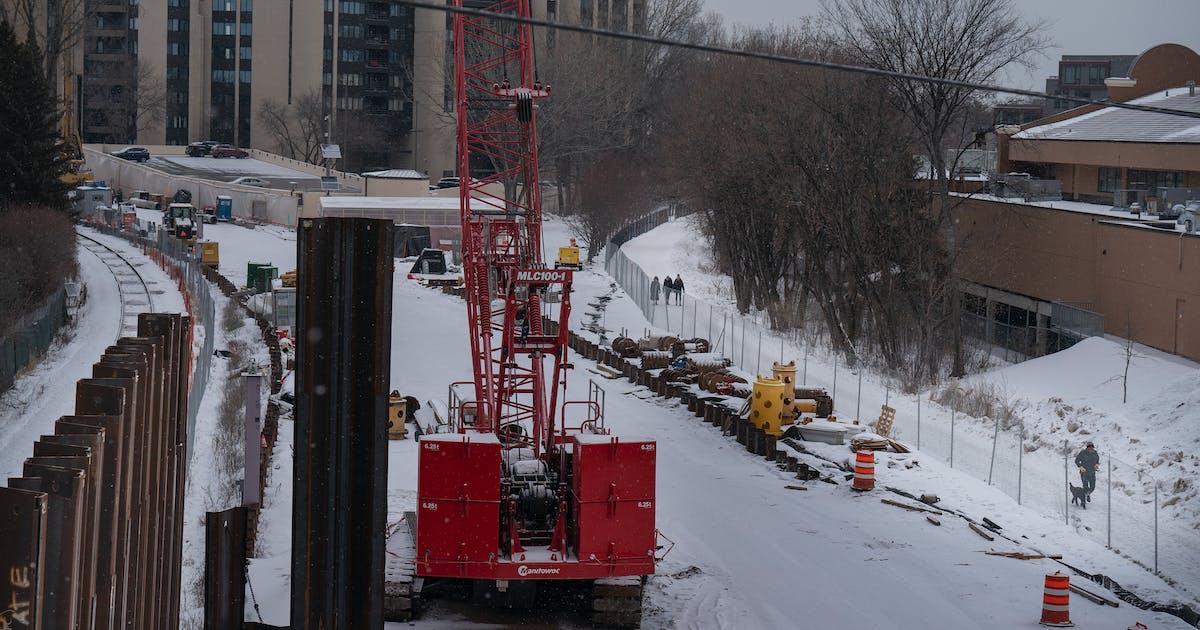 Construction of the Southwest light-rail line in the Kenilworth corridor of Minneapolis was a “small contributable factor” that led to cracks in parts of the nearby Cedar Isles condominiums, according to an email sent to homeowners Tuesday.

A forensic engineering firm hired by the Metropolitan Council to investigate the matter concluded the cracks were “mostly attributable” to “thermal conditions” apparently unrelated to construction of the light-rail tunnel in the corridor, the memo said.

It’s unclear what that means. The Cedar Isles board was given a power point presentation Tuesday on the probe by representatives from Socotec Engineering Inc., a nationally known engineering firm hired by the council, but board president Vanne Owens Hayes declined to comment on the presentation.

A briefing for condo homeowners has been scheduled for April 20. The email that was sent to homeowners said the board and its legal counsel were reviewing the presentation and will likely commission an independent review of its findings.

The 14.5-mile Southwest line will connect Target Field with Eden Prairie, snaking through a narrow area in Minneapolis between Lake of the Isles and Cedar Lake where plans call for a tunnel.

Parts of the condo complex come within feet of the tunnel, and CICA residents have long feared construction and actual operation of light-rail service could affect their homes. Once passenger service begins in 2027, some 220 trains will pass the condos daily.

After the cracking was observed at the condo towers in January, work was suspended on the tunnel until more could be learned about the cause of the damage.

The structure is unusual. The condo towers, which were retrofitted for residential use in the 1980s, consist of two former grain silos built in the early part of the 20th century that are connected by a concrete bridge. The cracking occurred in hallways and common areas between the third and 10th floors.

A spokeswoman for the Met Council said Tuesday it did not yet have a copy of Socotec’s report, which the council had commissioned. Socotec officials did not respond to a request for comment.

The Met Council reported in January that the cost to build the Southwest line would increase by up to $550 million, to a maximum of $2.75 billion. Walz signed a law calling for the project to be investigated by the Legislative Auditor’s office, a move that garnered bipartisan support at the Capitol.