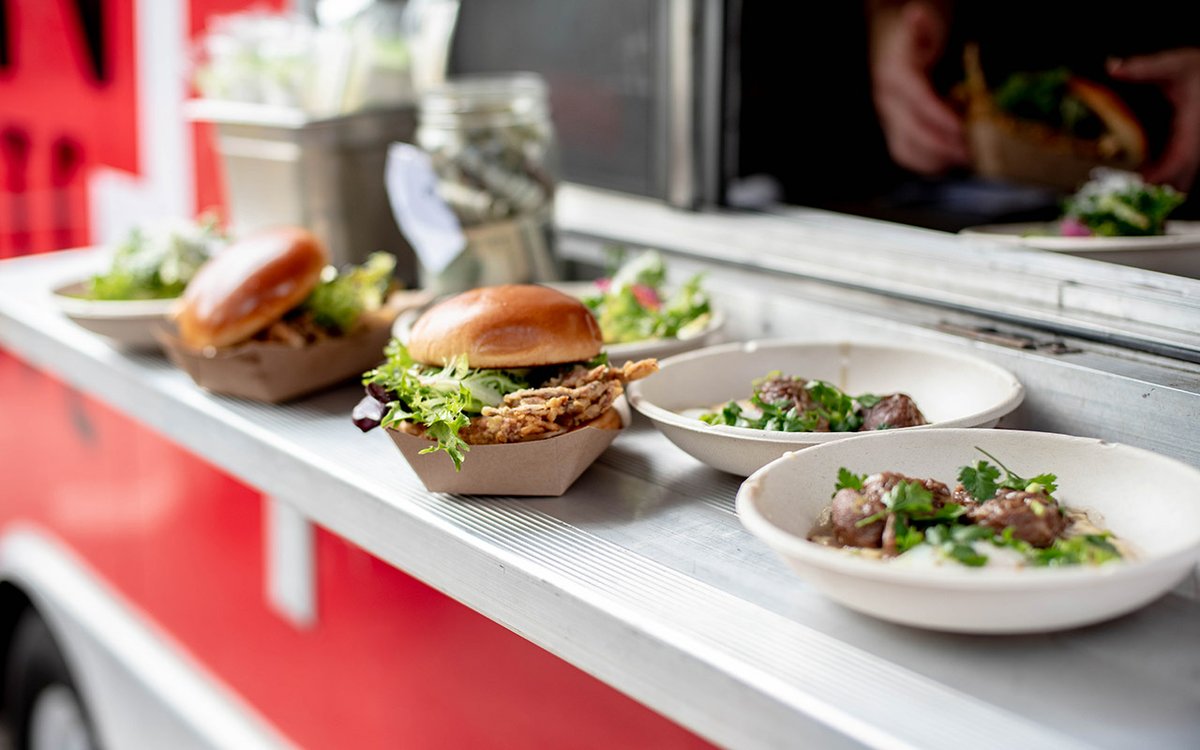 If you’re not getting on a plane for beachy shores, you might be avoiding posts of your friends’ knees on said beachy shores while grumbling about middling temps and dirty snow. Choose optimism and realize this is just the door creaking open to patio days ahead. Staycation snack on totchos, get excited for baseball beers, and ready your calendar for food truck and farmers market seasons!

Great news for Rustica, Greg Hoyt announced this week that they’ve brought on Shawn McKenzie to lead their baking team. We loved her at Penny’s, and we champion her Turkish bagels and tahini carrot cake at Cafe Ceres, so this feels like a great match. No worries, she’s still in charge of Ceres too, but maybe you’ll find a bit of cross-over with both bakeries once the ovens really start firing.

Summit Keller Pils is sporting some serious throwback ballpark vibes with their new Summit Twins Pils can. The Official Craft Beer of Twins Territory, you can pop a top on April 7 at the Target Field home opener.

+ A new gluten free bakery opens this weekend in St. Louis Park. Hold the Wheat has been softly open with limited menus, but will claim grand open status on Saturday. Pop into the brightly colored shop in the Brookside neighborhood, just off Excelsior Blvd., for a full coffee bar and snacky Little Spencer Cakes, mini cakes, pies (hoping for mini hand pies, too), cookies, and other such gf goodness.

+ Seven Steak and Sushi is re-opening this weekend, after shutting down at the end of January amid a miserable winter. The hot spot will only be open Fr-Su to start.

+ Gordy’s Hi-Hat is open in Cloquet for their 62nd season! Burgers worth a road trip outta dodge.

+ One of my favorite food trucks, Soul Lao is officially out of hibernation this weekend! Find them at the Nokomis Triangle tomorrow for some garlic noodles and that rotisserie pork belly if you’re lucky.

– Bummer that Tin Whiskers Brewing Co. has decided to close their St. Paul brewery. It’s a MN goodbye with a few months of hang time for you to get your sips in before it closes at the end of May. They are pulling out some fan-faves before then, so if you loved Schottky Pumpkin, Wheatstone Bridge, Bit-O-Honey, Rocket Pop Dream State, or Pink Lemonade Dream State you should not tarry.

– After more than 35 years in Dinkytown, Camdi Restaurant is closing on Saturday. It might have been the first place I ever had tom yum soup to kill a hangover. The Chinese/Vietnamese eatery got through the pandemic doing takeout-only, but business hasn’t picked up enough. Go say your last goodbyes tomorrow from 4-8pm.

>> Midori’s Floating World Cafe will rise again! It’s been a long haul, but the Japanese restaurant displaced by the uprising in the summer of 2020 will soon re-open in Longfellow at 3425 E. Lake Street, in a former Subway shop just down from Merlin’s Rest. Stay tuned for more details!

>> Sea Salt Eatery has spoken: April 15th is the day one of the 2022 season. If you’re looking for a gig, interview day is next Wednesday.

>> And WOW it’s been a two-year slumber for the tri-state’s favorite Tuesday night pizza farm, but A to Z Produce & Bakery in Stockholm, WI is back! Granted, things will be different, so be ready. Reservations are required, the pizzas are smaller (12″, no half-n-halfs), and the nights will commence on every first and third Tuesdays beginning in May.

>> Farmers markets are rarin’ to go for their outdoor seasonal hi-jinx. St. Paul Farmers Markets announced that their spring kickoff day would be April 23, though you can find them open around town this weekend too. Minneapolis Farmers Market is still going strong on select weekends at the Lyndale sheds, but have not announced a schedule for the Nicollet Mall market.  Mill City Farmers Market has an indoor market this weekend, then two more in April before heading outside in May. The Northeast Winter Market has one more outdoor gig on April 2 before resuming every Saturday starting May 14.

// Midtown Global Market’s Annual Chili Cook-Off  happens this Saturday, and that’s eleven different versions of chili to heat up your insides. There’s a limited number of samples so reserve your tickets early, the $20 cost goes to the benefit the Friends of the Market which supports programming and resources for the market’s small businesses.

// Get to work on your high-style roll at Sip and Skate Adult Night at Cheap Skate on Saturday. It’s a 21+ night with beer, wine, and seltzers available to help you creak down and shoot the duck. Poms on your skates, pros.

// Can he do this without setting things on fire? We’ll see! Chef Yia Vang will be behind the bar at Tullibee in the Hewing Hotel this Saturday as guest bartender. The party starts at 6pm (bar opens at 5pm), no tickets, just go for cocktails made with some of Vang’s favorite ingredients: lemongrass, kulantro, galangal, Thai chilis, guava, and meat. Maybe.

// Do some good this weekend, and post up at Modist Brewing where $1 from every beer poured from 1-3pm on Saturday will go to Avivo MN. Not only can you help the unsheltered homeless by sipping taps, but you can bring useful items to the brewery for the donation drive. So much do-gooding!