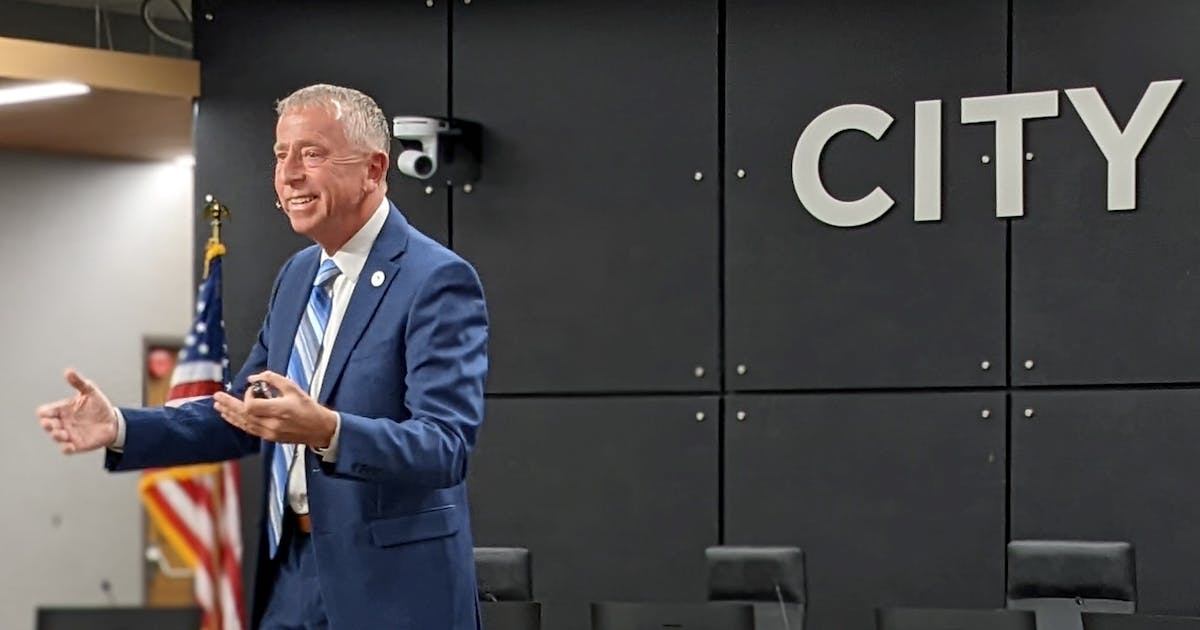 ST. CLOUD — Voters here could see a question on the ballot this fall asking them to approve new funding for city parks.

St. Cloud Mayor Dave Kleis on Tuesday announced a plan to use bonding money — spread over 20 years — to pay for improvements at some of the city’s 98 parks in the next five years.

“We have challenges every budget year, and we look at what we prioritize. As I’ve mentioned before, it’s public safety, it’s infrastructure. Oftentimes our neighborhood parks are just harder to [maintain] because the city comes into hard financial situations,” Kleis said. “But parks and trails are important to retain and bring people into our community.”

Kleis made the announcement during his 17th annual State of the City address, where he also emphasized the importance of engagement. Since being elected in 2005, he’s held more than 850 weekly town halls. This summer, Kleis plans to add “walk and talk town halls,” where community members can join him to walk around Lake George.

“I do them because I think one of the greatest fears people have is public speaking,” he said. “So if you come here to the council chambers and you want to voice your opinion, and you’re afraid to speak — which is 80% of the public — how do you get that message out?”