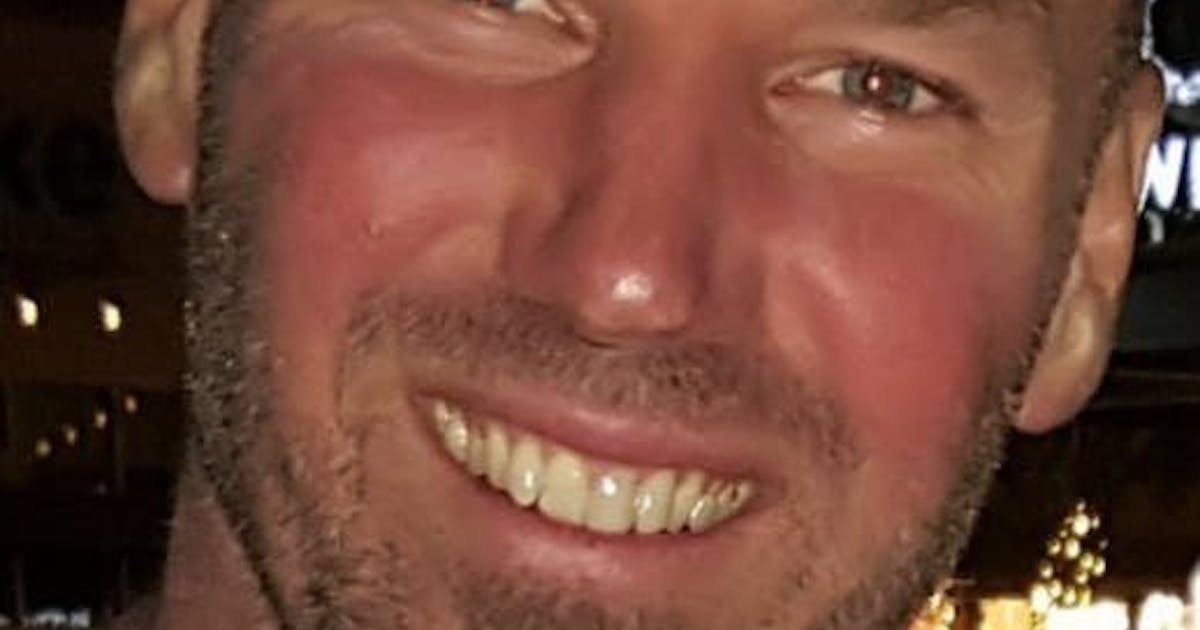 Dennis Gudim grew up in Apple Valley, graduated from Rosemount High School and left for college in Arizona. But the certified trainer and gym owner has made his fitness mark on St. Paul’s Selby Avenue. He even lives at Selby and Snelling.

The COVID-19 pandemic forced the closure of his gym for several months and whittled down his membership rolls — numbers just starting to bounce back. But Gudim, who owns Statera Fitness at 1025 Selby Av., is convinced his business and his street, in the heart of Summit-University, are poised for big things.

Eye On St. Paul got Gudim, 54, to sit still long enough to ask him a few questions about his gym, his street and his fitness philosophy. Also about playing quarterback for the St. Paul Pioneers, a local semi-pro football team.

(Disclosure: I was a volunteer coach with the team until 2017.)

This interview was edited for length.

Q: Where did Statera start?

A: I was trying to get another building [now Sola Salon Studios, 688 Hague Av.]. The City of St. Paul would not allow me to change the zoning. I was like if I put $1 million into this building, I want to be able to sell it someday.

After I left that meeting, I was driving down this street and saw this building was for sale, so I bought it [the former Jet Construction across from J.J. Hill Montessori].

Q: Where are you from?

A: I grew up in Apple Valley and I graduated from Rosemount High School. I went to Arizona State University for two years of football down there. But I wanted to play football and basketball, so I came back to Minnesota to attend the University of St. Thomas.

That’s how I ended up in St. Paul. I graduated with a degree in exercise physiology and started working as a personal trainer and supervisor at the YWCA [at Selby and Western]. After a few years, I disagreed with some of the things they wanted to do and I had some ideas and they didn’t want to do …, so I thought “OK, I’ll start my own facility.”

Q: All these years on Selby Avenue?

A: Well, real estate was cheap — number one. And this place in particular, as opposed to Grand Avenue, had parking. Plus, a number of the members of my club live in this area. So, I stayed in the area.

Grand Avenue would have been nice. But there were parking issues, space issues. And cost issues.

Q: Are there other reasons Selby Avenue appealed to you?

A: I might have been more successful on Grand Avenue, but to me it was better here. Selby is up and coming. Grand is pretty much built out. I just think it will keep on growing all the way down toward the Capitol. I think over the next 20 years.

Q: Is running a gym a tough business? A super competitive business?

Q: With so many options for fitness, what sets you apart?

A: We are small. Personal. I know most of the members. It’s not a big box type of thing. That’s what people like. We keep the facility clean. Top-notch equipment. I think a combination of those things attracts people.

Q: You say you’re small. How many members do you have?

Q: Are we past the shutdowns?

A: I hope so. They shut down the wrong thing, I’ll tell you that. I mean, 75-80 percent of the people who were going to hospitals were people who weren’t exercising. Who weren’t healthy. So shutting down health clubs made no sense.

Q: What is your fitness philosophy?

A: Well, Balance is the name of the club [in Latin]. Balance just means that you’ve got your nutrition, your vascular fitness. Your strength training. Your flexibility training. Rest and recovery. And balance in your life. You have to create your time.

Q: Do you want to get bigger?

A: I want to expand. I was getting close to that before the pandemic. I was close to starting another one or two facilities. One south of the Twin Cities, maybe one at the old Ford plant [Highland Bridge]. When that’s done, I’d like to check out the commercial space there.

Q: Why on Earth are you still playing football at your age?

A: You told me about it [laughs]. I thought, why not? When I found out about [the team], I was no longer playing league basketball. I’d kept on throwing over the years. And, why not? As long as I can still play, I can still throw and I feel good. This is my seventh season. I keep myself in top shape, so that helps.