St. Paul homeowner not ready to give up fight against demolition 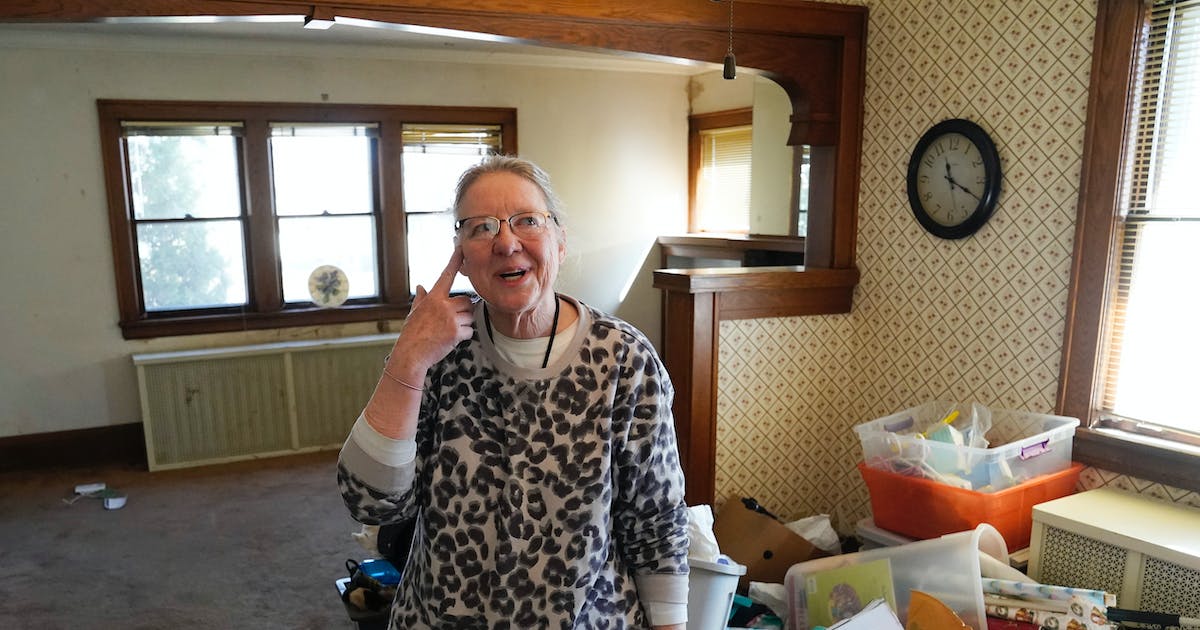 The house at 1904 Princeton Av. in St. Paul has not been demolished — yet.

But absent a last-minute reprieve, Mary Jo Kattar isn’t holding out much hope that her Macalester-Groveland house will escape destruction.

“I’m spending all day, every day, trying to get out what I can,” Kattar said in an interview Monday. “It’s almost all cleared out.”

But that, in a nutshell, has been the issue between the Kattars and the city.

Kattar and her husband, John, were ordered to vacate the home in 2007 because of Mary Jo’s struggles with hoarding. Although the couple have continued paying property taxes and maintaining the yard, city officials said other problems were not addressed.

Despite numerous letters, hearings and extension, the home remained packed with stuff and a list of code violations remained uncorrected, city officials said.

The family recently reached out to St. Paul Mayor Melvin Carter to intervene. But a Friday e-mail from Peter Leggett, Carter’s chief of staff, to the Kattars’ daughter was not encouraging.

“While we wholeheartedly appreciate and understand the challenging circumstances you and your family face, we unfortunately don’t have options available to prevent the plans for demolition from moving forward given the array of processes that have already transpired,” he wrote.

Leggett did not immediately respond to a request for comment Monday.

In December 2020, the City Council declared the house a dangerous structure and unanimously voted for it to be demolished. In December 2021, the state Court of Appeals affirmed that St. Paul indeed had the authority to raze the house.

The Kattars had hopes that an offer in February from a former neighbor to buy and fix up the house would convince officials to halt the process. But Ramsey County District Judge Laura Nelson declined, saying she doesn’t have jurisdiction.

Kattar said she plans to ask U.S. Sen. Amy Klobuchar, or officials with the U.S. Department of Housing and Urban Development, to step in. At the very least, she said, she’d like to get an independent inspection of the home. Ideally, maybe federal officials would tell them they still can sell it. A real estate agent who walked through the house in the past few weeks reportedly told her he had no doubts the home would sell “as is” — and get multiple offers to boot.

“But we can’t sell it. [The city] won’t let you do anything to the house,” she said. “It’s more than frustrating. It’s exhausting at this point.”

Although an inspection report from May 2021 — detailing problems from plumbing to windows — is three pages long, nowhere did it threaten to demolish the house as a consequence, Kattar said. Trying to clear out the house to comply with what the family considers to be arbitrary deadlines has been stressful and damaging to Kattar, family members have said.

Still, she’s done it, although later than what the city wanted, Kattar said. The basement, living room and second floor are empty, she said. All appliances have been removed.

In a letter she sent to city officials last month, Stephanie Kattar-Mell wrote she’s proud of her parents’ efforts.

“Their house is cleaner than I have seen it in my living memory and they have trudged through an unbearable emotional toll that this process has inflicted on them,” she said. “They deserved better and I only hope that the next family in their position is treated with the compassion and dignity that all people deserve.”

“They are intent on demolishing the house,” he said of city officials. “We are running out of political options. We’ve already exhausted the procedural options.”