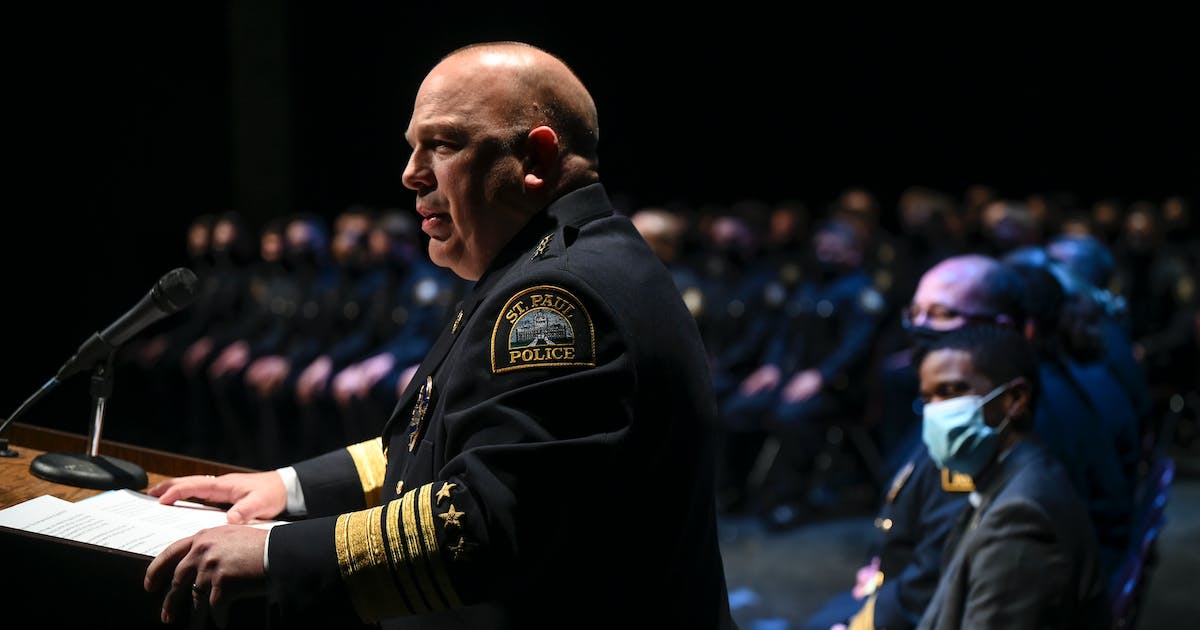 A group of 39 community members — including representatives from nonprofits, businesses, the NAACP, other public agencies and the police union — will help choose St. Paul’s next police chief.

Axtell announced last fall that he would not seek a second six-year term at the helm of the department, which is authorized to have up to 619 sworn officers.

The committee will meet weekly starting in late May or early June to start reviewing applications, after the city’s human resources department has posted the job for 30 days, according to a news release.

Members of the group, which will be chaired by Sasha Cotton and Kathy Lantry, applied to participate in the selection process. A full roster can be found on the city’s website. Members representing Ramsey County District Court and St. Paul’s newly launched Office of Neighborhood Safety have yet to be named.

Carter has said he hopes to appoint a new chief by August, a timeline that has drawn criticism from some members of the City Council, who said they would like a direct transition after Axtell steps down in late June.

City officials have said there will be opportunities for public input in the coming months.