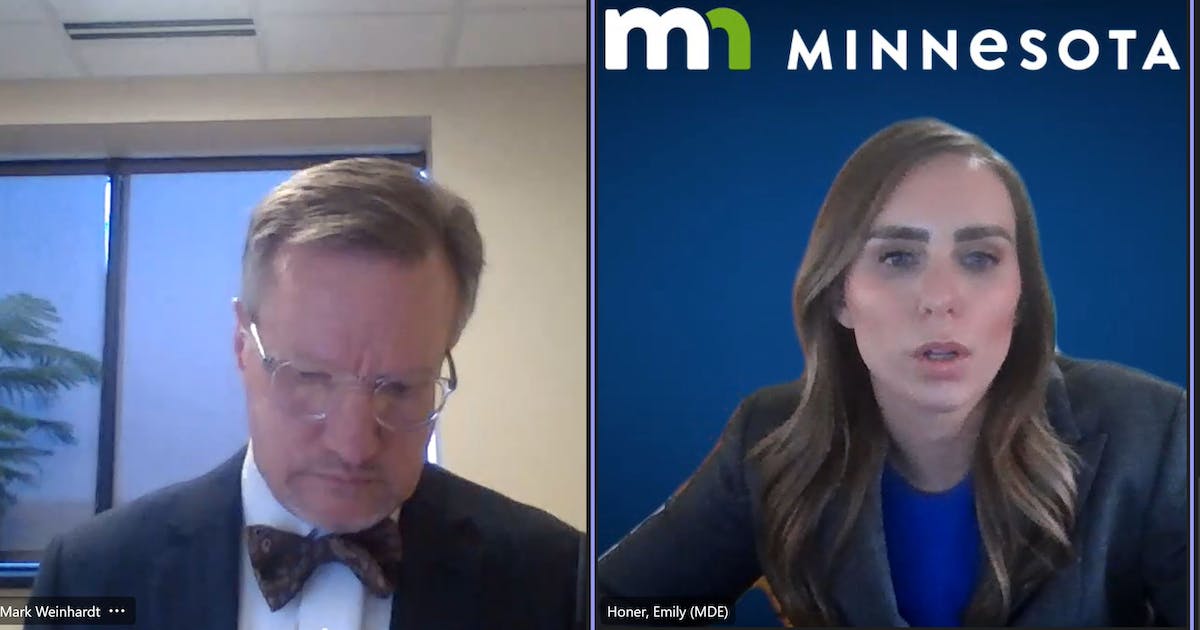 To state regulators, three FBI search warrants filed in January are proof that a St. Paul nonprofit failed to police its contractors distributing federally funded meals to poor children, allowing millions of dollars to be stolen from the government. As a result, the state argued at a hearing Thursday, the nonprofit Partners in Nutrition and its leaders should be permanently banned from federal meal programs.

But lawyers for the nonprofit said the search warrants prove nothing and are being used to help the state agency deal with the “embarrassment” of being duped by other meal providers caught up in a massive federal fraud investigation.

Those arguments frame the battle over the future of Partners in Nutrition — also known as Partners in Quality Care — one of the state’s largest providers of meals to needy children. In 2021, the nonprofit collected more than $190 million, up from $20.5 million in 2020, according to the Minnesota Department of Education (MDE). It began sponsoring meal programs in 2016.

Partners in Nutrition is one of three organizations that have been forced by MDE regulators to curtail operations in the wake of the federal government’s raids on the now-defunct St. Anthony nonprofit Feeding Our Future and some of its prime contractors Jan. 20.

In the warrants, FBI agents claimed more than $40 million had been misappropriated from federal meals programs in Minnesota by people who inflated the number of children receiving food. So far, no one has been criminally charged.

Partners in Nutrition is appealing MDE’s decision to suspend funding Jan. 20 and seek to permanently end its contract Jan. 31. A three-member panel at the department heard arguments from both sides Thursday and must make a decision by May 18. If the appeals panel upholds the decision, Partners in Nutrition can appeal to the Minnesota Court of Appeals.

The nonprofit’s lawyers argued during the 70-minute hearing that the Education Department has no proof that anyone at Partners knowingly submitted false or fraudulent claims. They argued that the state rushed to cut funding to the nonprofit, never giving the organization a chance to defend itself or fix any problems.

“MDE is in a position of tremendous embarrassment based on what was unsealed in these search warrant affidavits,” said Mark Weinhardt, an attorney for Partners. “And out of that embarrassment, they have acted in haste. And in acting in haste, they have not followed the rules.”

Emily Honer, a supervisor at MDE, countered that the department has been concerned about Partners for more than a year. She said the search warrants show that the organization “existed for the purpose of fraud, conspiracy and money laundering at the expense of needy children.”

She said the nonprofit didn’t meet performance standards, failed to maintain adequate records and submitted “incredibly ridiculous” records to support its reimbursement claims. She noted that Partners sought permission to serve meals to more than 600,000 kids a day across all their sites, yet there are only 850,000 school-age kids in Minnesota.

“If they were conducting their operations appropriately and in compliance with federal regulations, then money would only have gone to food operations to serve needy children and we know that that did not happen,” she said.

Partners is not specifically accused of any criminal acts. However, the FBI noted that three contractors obtained a total of $26 million in reimbursements when Partners was their sponsor. The FBI said that “little, if any” of that money went to buy food or provide meals to children.

In a statement, Executive Director Kara Lomen said in February that Partners immediately cut ties with the vendors named in the warrants.

Weinhardt said MDE’s claim of wrongdoing “simply flies in the face” of the extensive documentation and on-site visits Partners did, as he showed photos of canned black beans and other packaged goods distributed at one of its sites along with copies of menus and weekly meal count reports.

“Pictures of food do not equal compliance,” Honer responded.

Honer said the department’s efforts to shut down Partners come a year after the state agency found the nonprofit to be “seriously deficient” in its operations. She said Education Department regulators worked with the nonprofit for months to fix those problems.

“These individuals have been given multiple chances and they have failed,” Honer said.

The U.S. Department of Agriculture (USDA) reimburses programs for providing meals and snacks to kids in need, separate from school day meals. The USDA distributes money to the state Education Department to disburse to community groups, nonprofits, schools and child-care centers.

Sponsors, such as school districts and nonprofits, may manage multiple sites where food is distributed including community centers or affordable housing complexes. It’s up to sponsors to oversee paperwork and reimbursement claims for its sites.

When the pandemic hit, reimbursement requests for meal programs spiked. Providers reported to the state that they dished out 37.3 million meals during summer 2021, up from 21.9 million in 2020 and 3.5 million in 2019.

Weinhardt said the FBI has “vastly overstated” the illegality of the programs. He added that the rise in meal reimbursements is attributed to the need for food assistance resulting from the pandemic and that vendors doled out bags with multiple meals inside, which were cheaper to provide than prepared meals.

“That made it immensely more profitable for the vendors,” he said.

During the pandemic, the USDA allowed meals to be bundled together and consumed off-site to reduce the risk of viral spread.

But Honer said the federal money was meant to feed kids, not profits, and reimbursement rates are small. “Food operators, who are in compliance, typically operate at break-even, at the best,” she said. “This money is meant for children and for the food that those children are eating.”