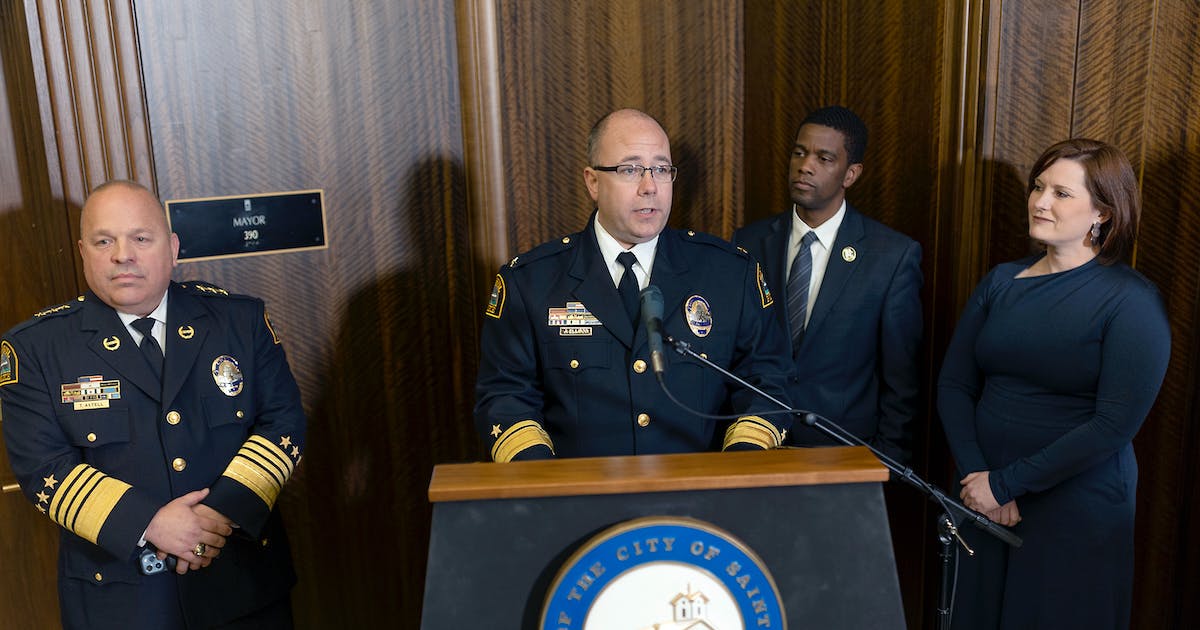 St. Paul is officially accepting applications for a new police chief, who could earn between $132,000 and $180,000 annually, according to the city’s job posting.

The offer is significantly lower than Minneapolis’, where officials are also searching for a new police chief and last week bumped up the position’s pay range to between $253,000 and $300,000.

St. Paul officials have previously said they aren’t worried about losing candidates to their twin city, suggesting the divergent needs of the two police departments require different leadership styles. Minneapolis is seeking a reform-minded chief, while St. Paul has traditionally promoted from within.

That’s not stopping Minnesota’s capital city from casting its net far and wide. Mayor Melvin Carter has repeatedly said he plans to conduct a global search to replace former Chief Todd Axtell, who stepped down from the role earlier this month after 33 years with the department.

A St. Paul spokesperson did not immediately respond to a request for comment Thursday.

The city hired Texas-based AB Strategic Security Group to assist in filling the post. Applications are due July 22.

Carter will appoint a chief from that short list, and the City Council must sign off on his choice. St. Paul police chiefs serve six-year terms.

The mayor previously said he hopes to pick a new chief by the end of the summer, though the city has fallen behind on the hiring timeline staff presented to the council earlier this year.

Carter appointed Jeremy Ellison, who served as deputy chief of administration and support services under Axtell, to fill the top job in the interim. Ellison previously indicated he is not interested in staying in the role permanently.

St. Paul’s police chief oversees a $128 million annual budget and nearly 800-person staff, which is authorized to include up to 619 sworn officers.

Requirements for the position include a bachelor’s degree in a related discipline, though a master’s degree and advanced police training are preferred. Candidates must also have at least four years of high-ranking administrative experience at a law enforcement agency serving a metro area with at least 200,000 residents.

The new chief must also have “a proven record of success” working in a racially diverse community and developing strong labor-management collaboration, as well as a commitment to increasing diversity in the department, according to the job posting.