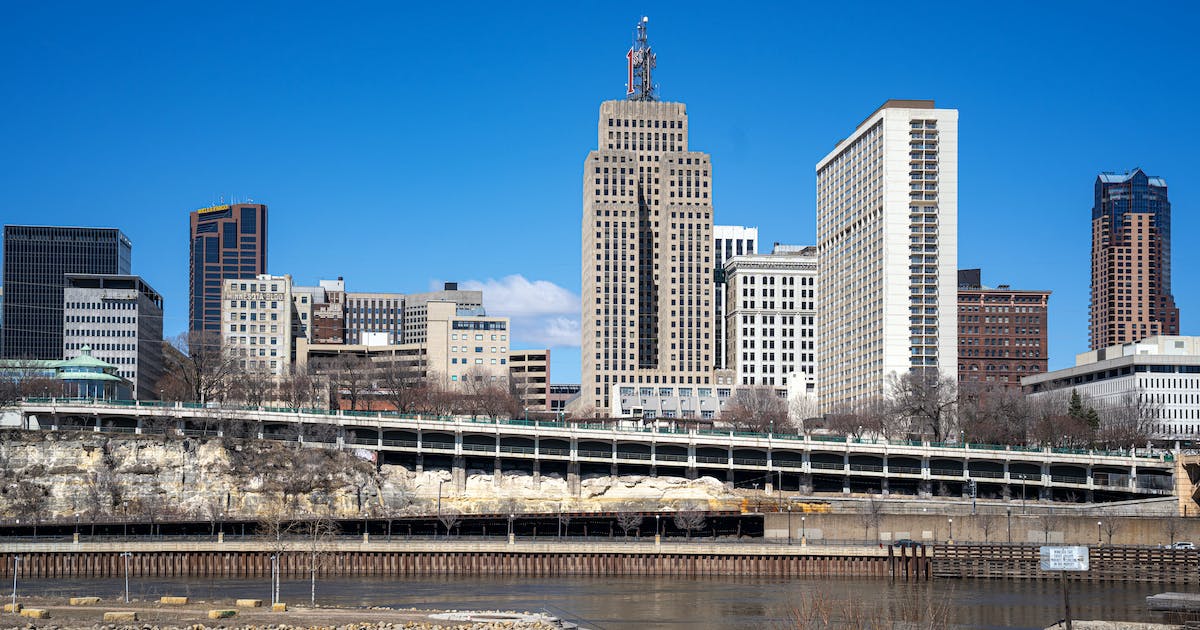 Kellogg Boulevard in St. Paul is only about one mile long, but it’s a bit of an engineering marvel made up of 10 separate bridges that zippers downtown to the bluffs of the Mississippi River.

Now two of those aging bridges need replacing at an estimated cost of nearly $140 million.

City engineers are preparing to replace the Kellogg/Third Street bridge on the east edge of downtown with the help of state and federal funding. Demolition of the existing bridge and construction is scheduled to start in early 2023 and with the span closed for two years.

The city is now asking state lawmakers for more aid this year to replace the Eastbound Kellogg RiverCentre Bridge on the other side of downtown, with hopes of also starting construction next year. City officials say replacing this 86-year-old span, which includes a viaduct that tunnels through the bluffs adjacent to the convention center, is now a top bonding priority.

Both bridges have reached their end of life and have been deemed structural deficient, forcing the city to enforce weight restrictions in recent years. City staff say new bridges are critical to keep downtown connected to the rest of the Capital City. They say the new spans include improved trails for cyclists and pedestrians.

“We accessed the condition of the bridge. “With the structural degradation, the concrete degradation and the corrosion of the steel, we would just be patching things up if we tried to repair it. It has to be replaced,” said Dag Dejene, city of St. Paul civil engineer overseeing the RiverCentre bridge replacement.

Funding the projects is just part of the challenge. Crews must work around a host of obstacles.

“It’s also one of our tallest bridges which makes for a pretty complex structure for a city to own,” Christensen said. “It travels over Interstate 94, Commercial Street which wraps around beneath the bridge and a large portion of the bridge travels over the Bruce Vento Nature Sanctuary.”

One of the East Metro’s busiest rail junctions also runs under the bridge. Those rail lines operated by BNSF Railway and Union Pacific will remain in use throughout construction, Christensen said.

The estimated 14,000 vehicles which cross that bridge each day will have to be rerouted. The bridge will also be rebuilt as the Lower Phalen Creek Project constructs the Wakáŋ Tipi Center in the nature sanctuary below the span. The Native-led environmental conservation nonprofit has raised millions to build the interpretive center to educate visitors about the nearby cave that is a sacred site to the Dakota people.

Christensen said they are coordinately closely with the parks department and the nonprofit.

“We have worked with the design team to try to acknowledge that culture to the best we can it the elements of the bridge including the piers,” Christensen said.

One more wrinkle: the bridge’s construction must also coordinate with the construction of Metro Transit’s Gold Line Bus Rapid Transit project, which will parallel I94.

Christensen said the ability to secure federal and state funding has determined the construction timelines.

Experts first determined that the Kellogg/Third Street bridge needed replacing back in 2014. The span had been rebuilt in the 1970s, but the piers were cracking and didn’t meet existing federal code.

The city permanently shut down the outer lanes of traffic in 2014 and bean lobbying the State Legislature and federal agencies for funding to replace the span. The state Legislature approved $52 million in bonding in October 2020.

City leaders are again asking with lawmakers to help pay for more than $60 million needed to replace the Eastbound Kellogg RiverCentre Bridge. Built in 1936, it’s one of the oldest in downtown and includes the viaduct which tunnels through the bluffs.

The new bridge structure will improve the flow and will include the addition of a 12-foot-wide trail for pedestrians and bicyclists.

“That’s a major improvement. We’ve gotten really positive feedback from the public on that,” Dejene said. “It provides that missing link connecting the lower level with the bluff level.”

A spokeswoman for Xcel Energy Center and St. Paul RiverCentre said they understand road projects are part of life in a metropolitan downtown.

“Obviously, the bridges are due for replacement,” said spokeswoman Kelly McGrath. “We will work with public works and the city to minimize any disruptions.”