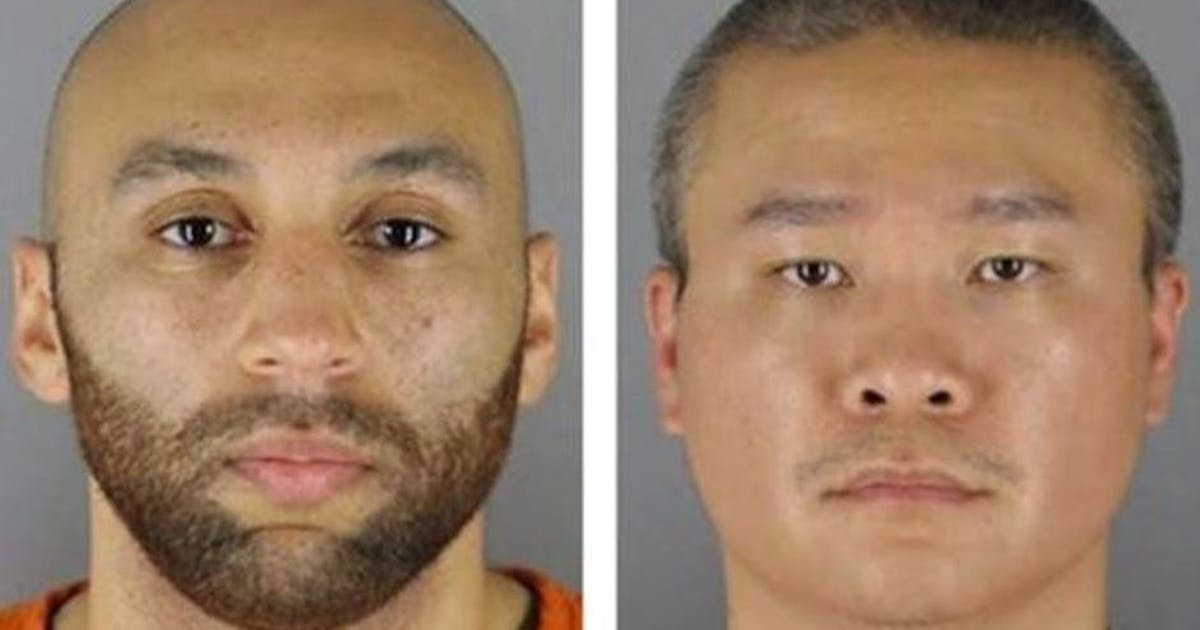 Prosecutors are asking that the trial of fired Minneapolis police officers Tou Thao and J. Alexander Kueng in the killing of George Floyd begin months earlier than scheduled.

Assistant Minnesota Attorney General Matthew Frank wrote Friday to Hennepin County District Judge Peter Cahill that the filing was being made “on behalf of the family of George Floyd,” who died on May 25, 2020, while under the knee of another fired officer, Derek Chauvin.

Frank cited the “speedy trial” provision under the state’s court rules of criminal procedure in making his request. The one-page document offered no further elaboration.

Thomas Plunkett, Kueng’s defense attorney, filed a response over the weekend that not only seeks to have the trial pushed out even further by about three months from its Jan. 5 start, but he also disclosed that there have been at least two meetings in Cahill’s chambers, where plea negotiations were discussed.

The first meeting occurred on March 9, followed by another on May 27, nine days after fellow fired officer Thomas Lane pleaded guilty for his role in Floyd’s death while in police custody.

On those two dates, Plunkett’s weekend filing read, “the court conducted chambers conferences with the parties to discuss plea negotiations, trial scheduling and other matters.”

Attorney General Keith Ellison, whose office is leading the prosecution of Keung and Thao, has said the trial date of Jan. 5 amounts to a delay in the justice that the Floyd family and others are seeking.

The U.S. and Minnesota constitutions guarantee defendants, whether jailed or not, the right to a speedy trial. State law calls for a trial to commence within 60 days of a speedy trial demand. Thao and Kueng are out on bail as their cases move forward and requested that the trial be delayed.

Cahill has scheduled a hearing on the matter for 8:30 a.m. Tuesday, when attorneys on both sides will be heard. If the speedy trial request is granted, the trial could start in mid-August.

Keung’s attorney, in the response to the state seeking an earlier trial, argues for rescheduling in the other direction. Plunkett proposed to Cahill that the trial start no sooner than April 3 because of his “unavailability … due to a scheduling conflict of a personal nature.” Plunkett’s filing offered no specifics about the conflict.

Plunkett added that Thao’s attorney, Robert Paule, has told the court that he has no objection to the Jan. 5 trial date. Paule has yet to respond in writing to any proposed move of the trial’s start.

The Jan. 5 trial date was penciled into the court schedule just two weeks ago and assured that the two officers would first learn their sentences in federal court, where they were convicted of violating Floyd’s civil rights for their roles in his death at the corner of 38th and Chicago.

When Cahill settled on Jan. 5, Ellison released a statement that read: “It’s unfortunate for the victims, the witnesses, and community that the opportunity to seek justice has been delayed.”

Cahill’s choice of Jan. 5 pushed out the proceedings from what had been a June 14 trial date and gives the defendants more time to consider whether to plead guilty.

The judge cited the defendants’ rights to a fair trial for his order to push back their trial by seven months. Lane’s guilty plea in state court and a federal jury’s conviction of Thao, Kueng and Lane of violating Floyd’s civil rights “and the publicity surrounding them are significant in [that] it could make it more difficult for jurors to presume Thao and Kueng innocent of the state charges,” the judge wrote. He added that the delay should “diminish the impact of this publicity on the defendants’ right and ability to receive a fair trial from an impartial and unbiased jury.”

Kueng and Thao are charged with aiding and abetting second-degree murder and manslaughter in Floyd’s death. Lane accepted a plea deal last month, meaning he will avoid the state trial. He agreed to a sentence of three years.

Kueng, Lane and Thao were convicted in federal court in February of violating Floyd’s civil rights and causing his death. They have not yet been sentenced for that conviction. Defense attorneys have said they believe the sentencing won’t take place until late summer.

Chauvin still awaits sentencing for the federal conviction. He is currently serving 22½ years in prison for murder and manslaughter convictions in state court for Floyd’s killing.

The government is recommending a 25-year sentence for Chauvin. He would serve the sentence concurrently with his state sentence, and in a federal prison, under recommendations in the plea agreement.