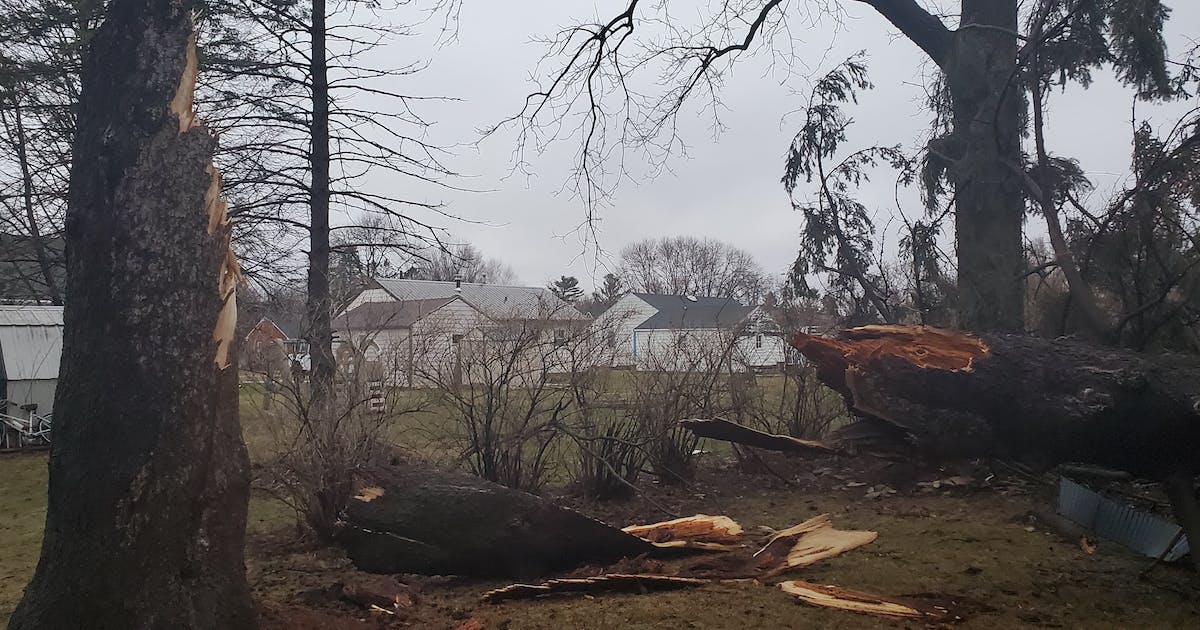 Members of fire departments from the neighboring towns of Adams and LeRoy went door to door to ensure residents got out safely after the fierce storm blew through the town of about 80 residents and pushed some homes off their foundations, said Amy Lammey with the Mower County Emergency Management.

At least two people were injured, but not critically, and were taken to Mayo Clinic for treatment, Lammey said.

The National Weather Service will be in Mower County Wednesday surveying the damage and determining if the damage was caused by a twister, said meteorologist Dan Jones.

The extensive damage prompted Lammey to ask people to avoid the area to allow emergency crews to begin the clean up process.

“A neighbor’s metal shed was destroyed and somehow ended in our yard,” she said. “You can see a clear path of destruction through the backyards.”