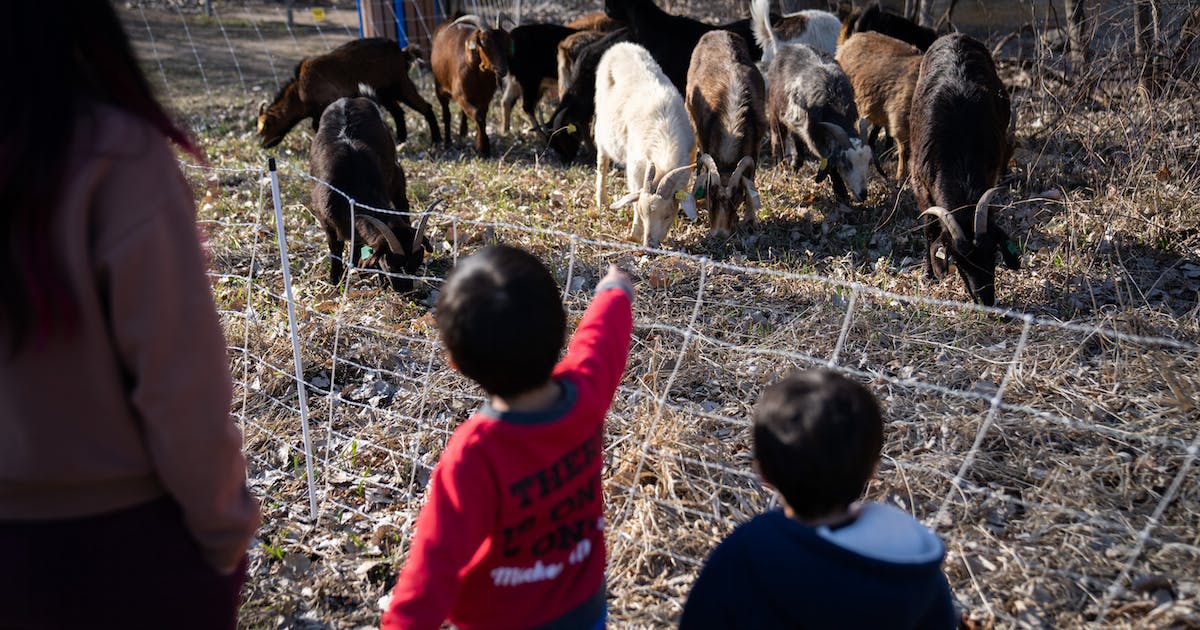 A herd of goats is noshing its way through invasive buckthorn near a busy intersection in New Brighton. In nearby Maplewood, goats will chew through buckthorn around City Hall.

After years spent battling back nature with clippers, chain saws and manpower, more suburbs are leaning into natural solutions, including using this voracious livestock to remove invasive plants.

While the use of animals feels playful and delights visitors, it shows suburbs’ serious commitment to environmental and ecological goals, city officials say.

New Brighton was awarded a $5,000 grant through the Minnesota Department of Agriculture to help remove invasive buckthorn from 7 acres of Creekview Park. Goats allow the city to accomplish this work without chemicals in an eco-friendly way, said Jennifer Fink, New Brighton’s parks and recreation director

“They strip the bark from the buckthorn. They get it down to next to nothing,” she said.

Buckthorn seeds are destroyed as they make their way through a goat’s digestive tract.

Buckthorn was introduced to the United States from Europe as an ornamental shrub. A fast-growing plant with clusters of thick leaves, it was popular for backyard privacy screens. But buckthorn quickly pushes out native vegetation, releasing a chemical into the soil that inhibits other plants from growing.

“I am extremely excited to see the goats in action!” City Council Member Emily Dunsworth said in a statement. “As the Council representative to the Parks, Recreation and Environmental Commission, I am thrilled to see the City’s increased efforts at controlling these invasive species in such a unique way.”

A double fence with an inner electrical barrier will keep the goats contained. Residents are invited to view the goats from a safe distance outside the fenced area.

Fink said the city is also urging residents to go more natural. It is participating in No Mow May where residents agree not to cut their lawns to benefit bees and other pollinators. More than 200 households have registered for the program in the first week. City leaders will suspend code enforcement around grass length for participating properties.

Maplewood is partnering with the St. Paul-based nonprofit Great River Greening to remove buckthorn and turf grass on 9 acres and add more native grassland habitat. The city is contributing $7,500 to the restoration, with the nonprofit spending $37,500 from the Environment and Natural Resources Trust Fund as well as National Fish and Wildlife Foundation.