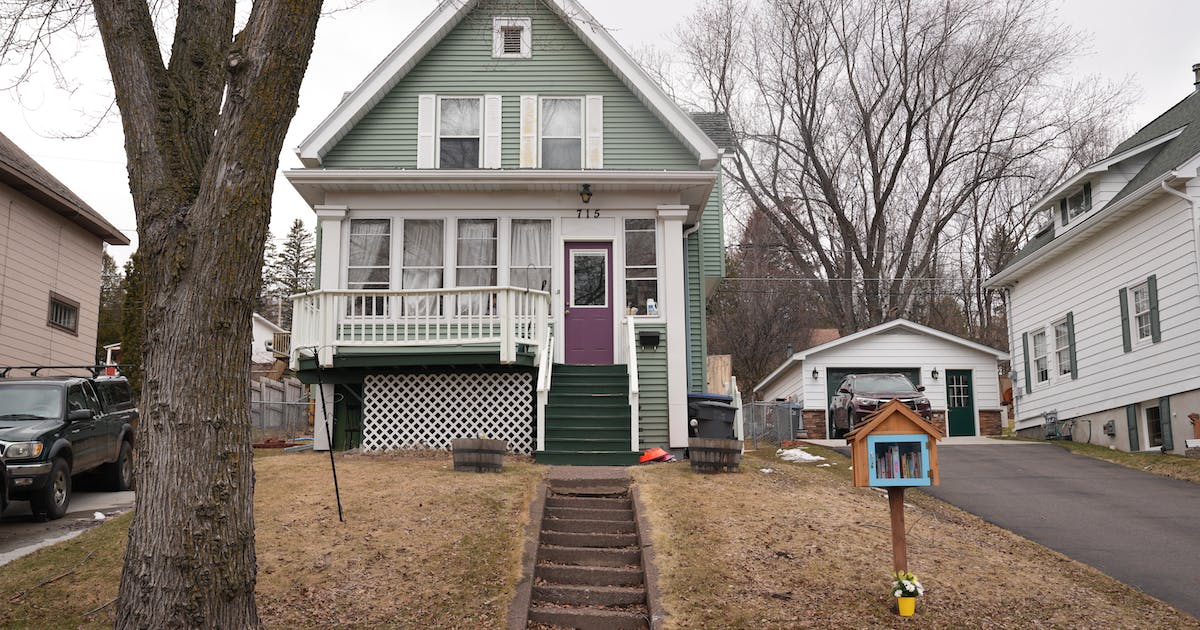 DULUTH — In a chilling social media post, a Duluth man confessed in advance his plans to take his own life after killing his aunt and uncle and their two young children.

“I now make this post to say, I have made the absolutely horrid choice in not only taking my life, but the lives of my aunt … my uncle … and my two sweet, beyond angelic cousins,” Brandon Cole-Skogstad wrote Wednesday on Facebook.

An hour later came a second post: “Good bye now. I love you all.”

Within hours of those posts, Duluth police found the bodies of Riana and Sean Barry and their two daughters, 12-year-old Shiway and 9-year-old Sadie, dead in the Barry home in the city’s East Hillside neighborhood.

They had been killed with a 9-millimeter handgun while they were sleeping, presumably late Tuesday night or early Wednesday, Duluth Police Chief Mike Tusken said.

Cole-Skogstad was also found dead in the house, along with the Barry family dog. The gun was near his body. Police are calling the case a murder-suicide and said it’s Duluth’s worst killing in at least 30 years.

“It is a terrible, traumatic event,” Tusken said at a Thursday afternoon news conference. “We all have really heavy hearts.

According to Tusken, police in nearby Hermantown got a call about 11:20 Wednesday morning to check on Cole-Skogstad, 29, who was described as having a mental health crisis. When they arrived at his home, he wasn’t there.

Hermantown police located a family member who said Cole-Skogstad had sent a message to family members saying he intended to harm himself and other family members. Duluth police were called and told they should check the Duluth home of Cole-Skogstad’s aunt and uncle, where he had previously lived. They were also told that Cole-Skogstad might have a weapon.

About 12:30 p.m. Wednesday, police knocked on the door of the Barry home and heard what they believed was a single gunshot.

They retreated and brought in robots and drones to search the property. A tactical team went into the home about 3 p.m. and found the bodies.

Tusken said neither Hermantown nor Duluth police had any record of calls involving Cole-Skogstad. He has no criminal record, according to Minnesota court records.

Counseling is being offered to the officers and others who responded to the scene, Tusken said. The walls of the home were covered with family photos, he said, making the horror of what took place more vivid.

“You can’t unsee it,” Tusken said, choking up.

“I am 29 years old and have suffered many years of mental illness. I almost never sought out help because I felt I never deserved it,” he wrote. “I wish so badly to go back and make better choices in life. Ignore the hatred thrown at me by my peers for so long.

“I wish I could have just accepted the love I was given by my family I loved so much, but couldn’t express it.”

The family’s tidy, green house is in a close-knit neighborhood where many residents have lived for decades. Sean Barry worked an oilfield job in Alaska, neighbors said, while Riana Barry was a social worker who had transitioned to largely staying home and caring for her children.

“They were really nice people — very friendly,” said Jodi Eaton, who lives across the street. Riana Barry was “very hands-on” with her children, Eaton said.

“She did a lot of arts and crafts with the children; she was always taking them places,” she said.

In a video posted on Facebook by Riana Barry in February, a smiling, happy Sadie Barry launched her campaign to sell 4,000 boxes of Girl Scout Cookies.

“Hi! My name’s Sadie!” she said, wearing her Girl Scout sash and waving at the camera. Sadie ran through the cookie varieties, offering comments on each one.

Her mother, filming the clip, asked what was her favorite part about selling cookies.

Where to find help

If you or someone you know is struggling with suicidal thoughts, call the National Suicide Prevention Lifeline at 800-273-TALK (8255). Or text HOME to 741741 to connect with a Crisis Text Line counselor.