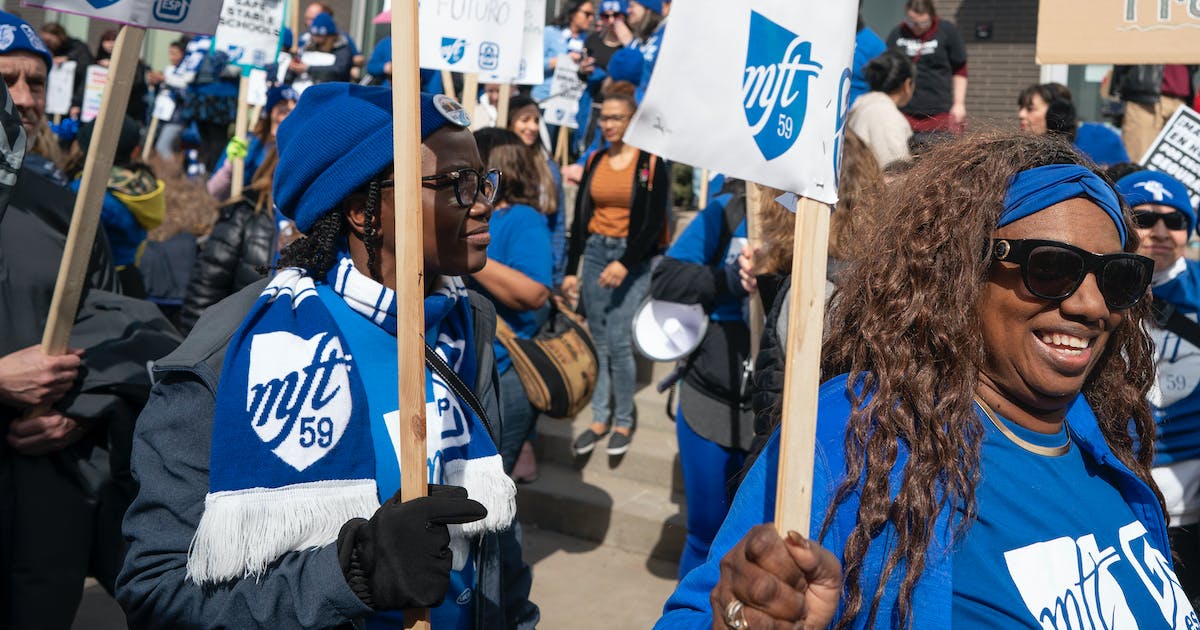 Talks resumed on Thursday between Minneapolis Public Schools and the union representing its teachers and support staff.

Shaun Laden, president of the union’s education support professional chapter, said progress was made toward a deal during a virtual mediation session Wednesday night.

“We went late into the evening had a very productive session with district negotiators,” Laden said. “Education support professionals are extremely close to a deal…Hopefully that that momentum will carry over into negotiations with our teacher chapter,” he said.

Greta Callahan, the president of the union’s teacher chapter, echoed the optimism after negotiations stalled on Wednesday for the teachers contract. She said the hang up continues to be around salaries, but the union is looking to creatively use one-time federal relief dollars to help settle a contract.

Mediation with the teachers chapter is also set to resume Thursday, she said.

“Let’s get our kids back in school,” she said. “We’re ready to go and we’re really hopeful.”

Thursday marks the 13th school day of the strike — and the district’s 28,700 students have not had classes since it began.

Ten high school students slept inside district headquarters on Wednesday night as the virtual negotiations with the educational support staff chapter was underway. In the morning, dozens of more students returned for another sit in on Thursday. They danced, painted signs and snacked on food donated to them from the community.

The students plan to occupy the lobby until Friday, they said, and said they would return Monday if a deal is not reached by then.