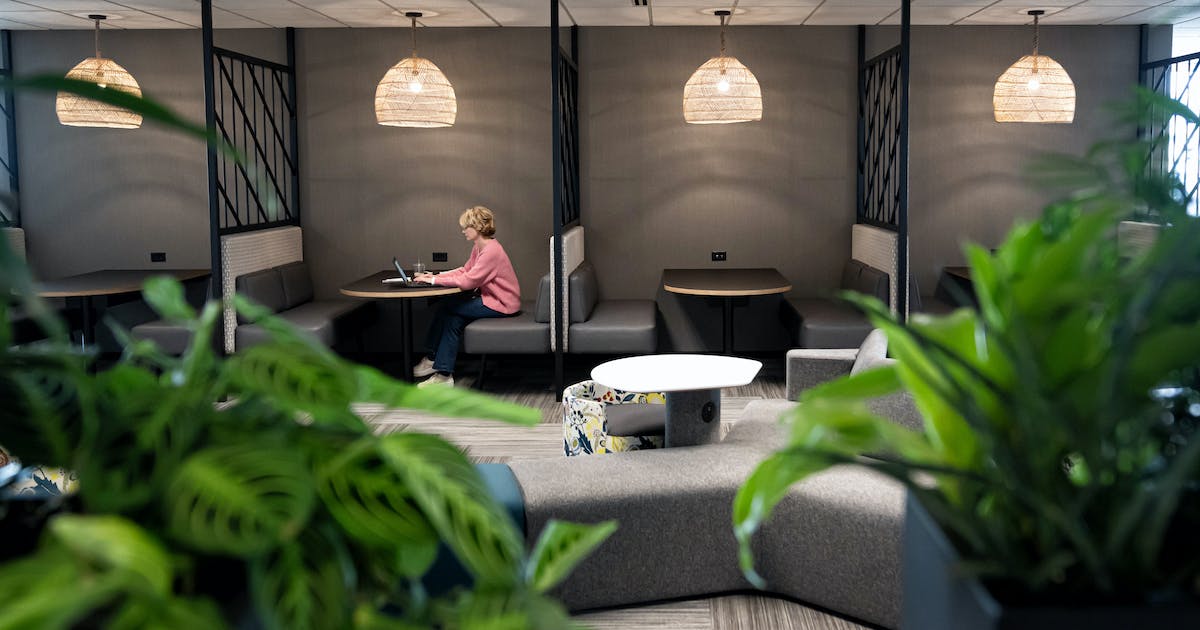 Target Corp., the biggest employer in downtown Minneapolis with 8,500 staff members, won’t require them to come back to its headquarters full-time.

The company is permanently embracing a hybrid style that lets teams and individuals decide when to work at home and when to be in the office. Target modified its downtown buildings and offices in Brooklyn Park and Eagan with “flex floors,” which feature desks workers can occupy temporarily and a range of meeting spaces.

“We really saw this as a once-in-a-lifetime opportunity to reshape the future of work and the experience of work,” Melissa Kremer, Target’s chief human resources officer, said in an interview held on a flex floor at its headquarters on Nicollet Mall late last week.

Other large companies in the Twin Cities — including Wells Fargo, Deluxe and the Star Tribune — also no longer expect full-time, in-person work two years after the coronavirus outbreak forced people to work from home.

The results are a slower rebound in city centers and suburban office parks and diminished prospects for nearby restaurants, hotels, shops and other businesses.

David Fhima had been staffing up at his Fhima’s restaurant on 7th Street downtown, hoping to resume lunch service soon. On Monday, he said he expects to remain closed at midday if employees at Target and other downtown offices don’t return in big numbers.

“Unlike nighttime, when downtown is a destination, during the day downtown is a neighborhood. If the neighborhood decides not to be here, what do you do?” Fhima asked. “It’s cheaper to be closed than to be open with no business for lunch.”

About a year ago, Target announced it would move out of its offices in the City Center complex, effectively shrinking its downtown office space by a third. In November, Target told employees they could return to their desks if they wanted.

Throughout the pandemic, Target witnessed a “seismic transition in how people were defining work,” Kremer said. “It was no longer about where you go. It was about what you do.”

Best Buy Co., the other large retailer based in the Twin Cities, on Tuesday plans to welcome employees back to its Richfield headquarters with the expectation most will spend at least three days there each week.

But Target won’t set a minimum requirement for office time. Kremer said that’s based on employee feedback and the desire to attract and retain talent. She compared employees’ desire for workplace choice to changed expectations about shopping for Target’s customers.

“There are times our guests want to shop in the store. There are times when our guests want to shop online,” Kremer said. “Regardless of where they shop we want the experience to feel uniquely Target and the same is true with the employment experience. Sometimes they want to be here in the building. Sometimes they want to be at home or another location.”

One of the reasons Ruben Rodriguez took a job at Target was that he wanted to work in downtown Minneapolis. But when he started his position as a new store development lead in April 2020, Target had already sent its workers home because of COVID-19. Rodriguez said he has enjoyed working from the flex floors once or twice a week where he can see new people and meet up with his friends for lunch.

“I love coming here and seeing everyone,” he said last week, as he worked from one of the open desks.

Carrie Smith, who has been with Target for nearly 20 years and leads a team of tech workers, said she uses the Brooklyn Park flex floor about once a month.

“I have two children,” Smith said. “I live about an hour away from north campus, so the commute just alone having that time back in my day, it’s been great.”

Target said it is monitoring and analyzing how staff uses the floors to inform leaders’ longterm plans for office design. But Kremer said it was too early to comment on what some of those future design or real estate changes could look like.

For Julian and Emma Ocampo, part of the family that owns the Los Ocampos Express restaurant in City Center, the decisions by Target and other companies not to require employees to work in the office is the latest in a long list of challenges the last two years.

“When you come out from [Target’s City Center] building to the skyway, we are right across the hallway. … They were consistently coming down,” said Julian Ocampo. “People knew who they were. People knew their orders. Now all of that has changed.”

The restaurant hasn’t turned a profit since before the pandemic. To help keep Los Ocampo in business, their landlord has allowed the Ocampos to not pay rent for the last few months, an agreement that runs out at the end of the July.

During the summer, the restaurant competes with food trucks. And there’s always the possibility of another COVID-19 variant that could further deplete the number of office workers.

“If the wind blows, things change so drastically down there,” said Emma Ocampo. “If we don’t have more traffic, that will be the nail in our coffin.”