The new director of St. Paul's Office of Neighborhood Safety says she is up for the task 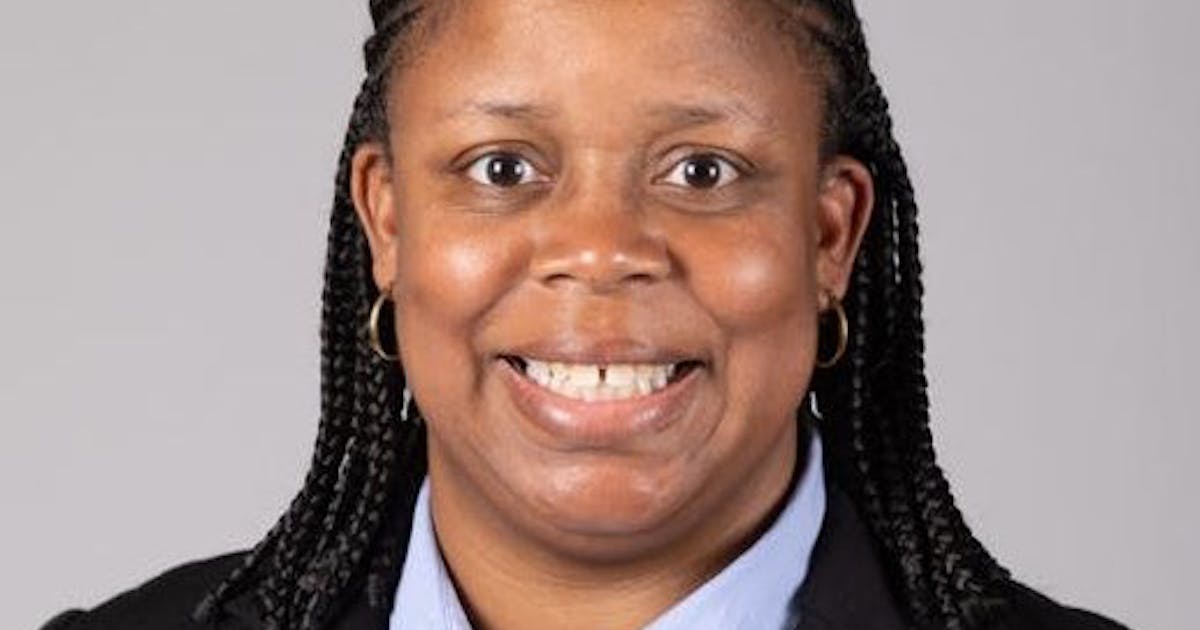 But the 47-year-old, whose late father also served as State Fair police chief for years, said the breadth and depth of her resume make her a good fit for the role of finding new, collaborative and community centered ways to reduce crime and enhance public safety.

She’s been a child protection worker, served with Metro Transit Police, worked in the Ramsey County Public Defender’s Office and been a cop at the Fair. Blakey has studied child psychology and criminology and earned post-graduate degrees in Forensic Psychology and Forensic Science.

She’d been on the job less than a month when she recently sat down to talk to Eye On St. Paul. But her optimism was as robust as the speed of her speech.

This interview was edited for length.

Q: OK, tell me a little bit about growing up in St. Paul. Where did you go to school?

A: St. Peter Claver for grade school and then Cretin-Derham Hall. I graduated from the U of M. Tried law school, but decided that wasn’t quite where I wanted to be. I really started off my career with the YWCA in St. Paul doing youth work. That’s really where I started community-based learning.

Q: Tell me about working with your dad [Chief Art Blakey] at the Fair.

A: I worked at the Fair for years in just a bunch of different jobs, from flagging cars and picking up poop to running things in the Midway and working in the Grandstand. Eventually, I became a licensed police officer and got to work with him side-by-side before he passed away.

Q: So did you put your hat in the ring for this position or were you tapped on the shoulder?

A: I put my hat in the ring. I just think this is the perfect job for me.

Q: It seems like a gigantic job. Why did you want it?

A: This is truly that happy medium. I’m getting into all of the community service and community engagement and community involvement that I enjoy — from my early career — but also work with law enforcement. This really allows me to talk about what change looks like.

I feel like I have a unique insight and can really help stop the rhetoric from “defund the police” and all of those kinds of things. Why not take the opportunity to bring those groups [police and social service advocates] together, but also open up collaboration [more broadly] knowing that we all want the common good?”

Q: Can you find common ground between those who are calling for more police and those who want fewer cops and more alternatives?

I mean, let’s be honest. [Police] are asked to respond to a crisis and handle everything and be their best person and not internalize it and do all of those things. This is an opportunity for the community to say “Hey, is there also a place for education and health care?” So it’s not just law enforcement, but also the other people who play a role [in public safety].

Q: What has to happen for this collaboration to work?

A: It takes time, as we learn about relationships. It takes the ability to see from a different lens. It takes having a little bit of humanity and understanding on both sides. I mean, everybody is dealing with some past trials, and so it really is just having that that open dialogue and knowing that it takes time.

Q: What are some ways it could be different?

A: It’s really about transforming systems, [beginning with] training to differentiate what kind of help is needed when that call comes in. Right now, we have pretty much two buckets — police or fire/EMTs.

But what we’re talking about is just starting there. Is it a fire? What kind? Is it a heart attack? What do we do with that family that’s left behind? It’s not just putting the person in the ambulance and driving away.

We’re looking at education, prevention. It’s multi-level. We’ve got to talk about the courts, corrections. How do they transform their systems to meet the needs of the community as well?

Q: Five years down the line, what will be some of your benchmarks for success?

A: Five years down the line I think the benchmark of the success of this office will be optimal response teams fully functioning so that when somebody picks up the phone, they’re getting the right resource, the right response.

Q: How will your work be judged?

A: I need to move the dial [on crime], but I also need to listen to other data. At the end of the day, taxpayers want to know where their money went and see that this works. That’s what drives the world.

But what if I never have a police contact? Are we looking at other data so that Wilder and some of those other places are putting their resources where they’re working? Are non-profits or public health using data in collaboration with police data?

Q: Last question: you grew up in St. Paul. Do you still live here?

But my office is right downtown. And I feel at home here. Anybody who knows me or knows my family knows St. Paul is where we are grounded. Where I am grounded.