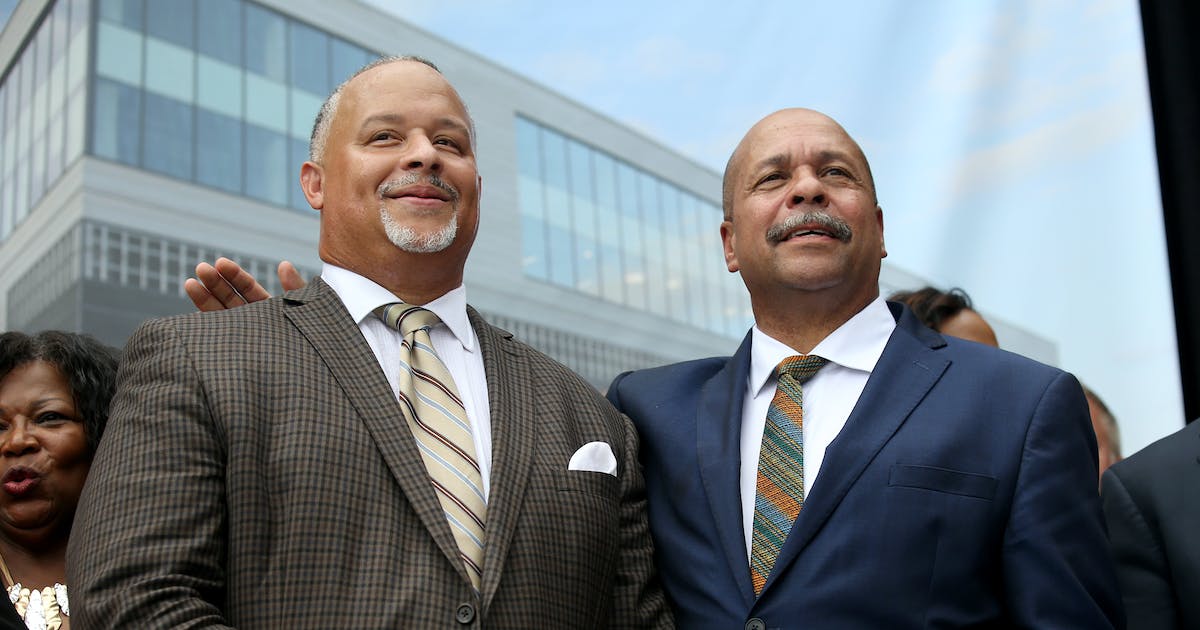 Richard Copeland, a beacon for minority entrepreneurs in the Twin Cities who built Thor Construction into the largest Black-owned business in Minnesota before a sharp fall three years ago, has died of cancer.

Copeland, 66, who also owned Copeland Truc-King, was known for his candor, high energy, a mischievous twinkle in his eye.

“He was a comet,” said lifelong friend and business partner Tim Hoag. “He burned bright. It is so sad.”

While his friends and business colleagues lauded his hard work and his eye toward turning opportunity into jobs, his career was bumpy, with Thor Construction growing to the largest Black-owned business in Minnesota and then folding in 2019, leaving many bills unpaid.

Nonetheless, his work led to a ripple effect in communities of color as he insisted on hiring other Black and Brown contractors, suppliers and employees. His work was captured in the 2007 PBS special “Everyday Heroes.”

“He had no problem getting in front of any CEO in Minnesota and asking for work. Almost demanding it. If they didn’t have a diversity program, they should have one. And they should hire minority workers and contractors. He was passionate about that,” Hoag said.

That, Hoag said, is his legacy: passing on the message that diversifying companies made businesses better and left a stronger community in the wake, he and others said. Hundreds of people of color were hired because of his work.

Copeland started his career as a teenager delivering Ford truck parts for his parents’ Copeland Truc-King company in Wayzata. (The family relocated there from Minneapolis soon after riots erupted in the city during the summer of 1967).

“He was the first Black kid in Wayzata and he had to push back through some of that. But he was so open and everything was so cool that we had a good childhood growing up,” said his best friend, Paul Jones, who said his second home as a kid was the Copeland house.

Copeland, who became the Wayzata High School homecoming king and a College of St. Scholastica student, started Thor Construction in 1980 after his father fired him for buying truck equipment without first getting permission. His first Thor contracts involved filling the holes Minneagasco’s created while doing repair work in New Hope and Osseo.

Copeland hired his friends and in 1985, he and Hoag bought Copeland Truc-King from Richard’s father, John, in 1985. The duo almost lost the company in 1990 after U.S. West hired a new manager who chose a different hauler.

“All of a sudden, 40 percent of our client base was gone,” said Copeland, during a 1995 interview. “We had to turn that [loss] around fast.”

Copeland got advice from MEDA, boosted his fees, analyzed cash flow, won new customers and vowed to never again let one firm contribute more than 10% of sales. Copeland, who was newly married at the time, was expecting his first son, Leo, and didn’t think he had the luxury to fail.

Thor grew to be a powerhouse, but Copeland had to fight for the growth, he told the Star Tribune.

Copeland praised Milestone Growth and its then-CEO Esperanza Guerrero Anderson. “She made me the loan when the bank wouldn’t. My own advisers were saying, ‘Why would anybody give you a loan?’ I didn’t have the financial resources to go after the bigger bonding or to hire the people I needed. Esperanza believed in me.”

By 1997, Thor had $6 million in revenue and scores of workers on the payroll.

By 2017, projects spanned seven states and the company reported 200 workers and revenue of $350 million.

The company helped set up Minneapolis for the Super Bowl in 2018.

Copeland, who was briefly married to Minneapolis developer Roxanne Givens, was hailed as a champion of North Minneapolis, where Thor Construction built the $36 million Regional Acceleration Center (RAC) and parking lots in 2018 on the corner of Plymouth and Penn Avenues.

The project signaled good jobs and an improving economy in the area. Copeland and Thor CEO Ravi Norman moved the company’s headquarters into part of the building that was to be a small-business incubator with several other tenants, including the minority small business assistance firm MEDA.

Former Gov. Mark Dayton, city and county officials and business leaders stood with him to cheer RAC’s grand opening in 2018.

Four months later, Thor’s longtime lender, Sunrise Banks, shocked the city when it sued Thor and Copeland in January 2019, demanding the repayment of a $3 million loan that Sunrise claimed was in default.

Copeland said at the time that he had been close to getting new financing when the lawsuit came, followed by several others.

Thor Construction shut its doors for good in April 2019. Copeland filed for personal bankruptcy and gave up his co-ownership stake of Copeland Truc-King in Fridley, saving the jobs of 90 workers there.

Eventually, Target Corp. paid off Thor’s payroll obligations. Target, U.S. Bank, Old National Bank and LISC stepped in to buy the RAC building. And a deal was struck to wipe out Thor’s equity stake in the project.

The financial upheaval and a rash of health problems took their toll on Copeland, who had previously beaten prostate cancer, friends said. In August, he was diagnosed with terminal stomach cancer and given six months to live.

“He was definitely a character. Richard liked a really good laugh,” Block Copeland said. “Richard was very adventurous and we liked to do things and not plan them out. Live in the moment. Those moments will be sadly missed.”

Besides his wife, the Minneapolis native is survived by sisters Melinda, Pamela and Jolayne, seven children and six grandchildren. A service will be held Thursday at 11:30 a.m. at Progressive Baptist Church in St. Paul.