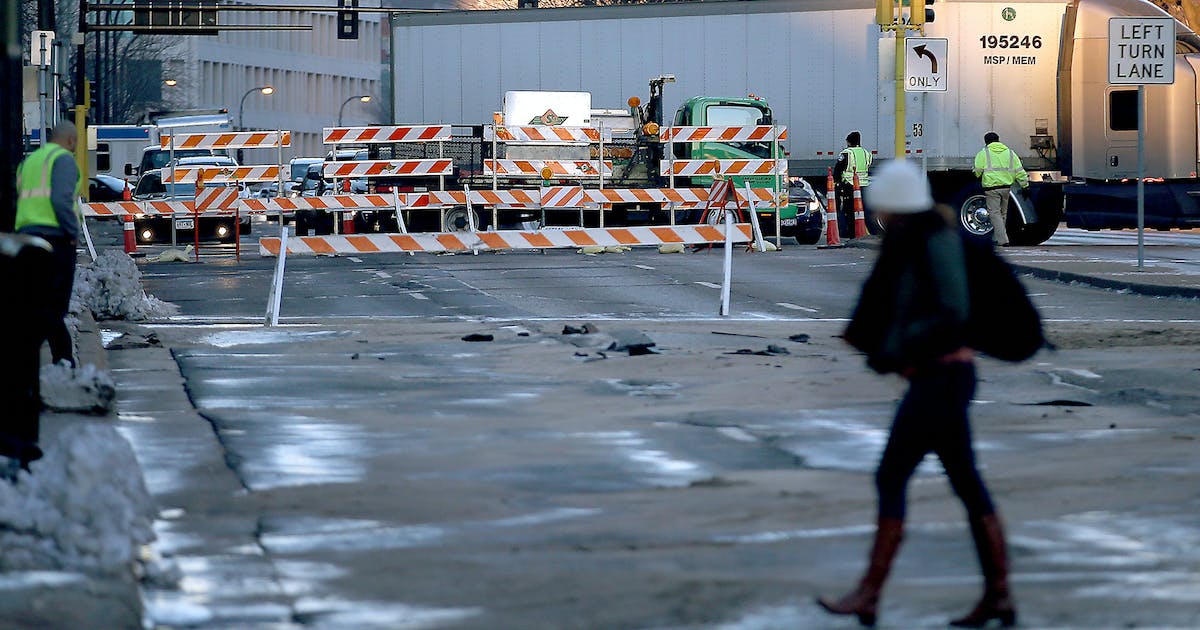 A small group of Minneapolis Public Works employees required to work in-person throughout the pandemic are pushing the city to give them an extra two weeks of time off — the same amount officials gave to some other workers deemed essential.

Betsy Brown and Sherry Madsen both work in the city’s East Side Yard, helping to process requests from customers in need of swift water line repairs and dispatching technicians to perform the work in the field, among other tasks.

Madsen, who has a heart condition that puts her at higher risk for COVID-19 complications, asked early in the pandemic about the possibility of working remotely. Shortly afterward, she and Brown recalled, a supervisor stormed into their office and gave employees a few options: They could take vacation time, take sick time, retire or quit.

“He told us that we were emergency responders, we were essential personnel … and that we had to be there, that we were the first voice that people that have water emergencies hear,” Brown said.

Most city employees received an extra two weeks of time off to seek testing or care for COVID-19. Employees who were designated “emergency responders” received a total of four additional weeks off. Supervisors said office support specialists like Brown and Madsen didn’t qualify.

To determine which employees met the criteria, officials said they relied on federal law, guidance from the Department of Labor, and the portion of the city’s operations plan that outlines which duties are critical.

Sarah McKenzie, a city spokesperson, said the city coordinator instructed department leaders “to evaluate their functions and designate employees as ‘First Responder,’ ‘Emergency Responder,’ or ‘Critical Employee’ while being mindful” of federal direction to be judicious with the designations.

Supervisors placed office support specialists like Brown and Madsen in the “critical employee” category. McKenzie said those decisions were made based on “job class” and “not by individual employee.”

Brown and Madsen are among 20 people in the Public Works department who have the title “Office Support Specialist II.”

“These employees are not ‘responding’ to emergencies nor are they essential for a 1st responder’s response to an emergency,” McKenzie said in a statement. “This group includes those employees who may be able to work remotely or may be required to be at their worksite, essential to support the operation, inspection and maintenance of essential public works facilities, public infrastructure, and operations necessary to maintaining the availability of needed facilities, transportation, energy and communications.”

Brown and Madsen have spent a year trying — unsuccessfully — to persuade their supervisors and other city leaders to revisit the decision to deny them additional time off. The pair noted, among other things, that technicians rely on them to know where problems are occurring and plumbers and contractors come to them for help getting crucial supplies. They also pointed out that some people who received the extra time off were able to work remotely, while they were not.

“They’re telling us they cannot go back and reclassify or redo this thing. They’re just not willing to work with us, and I’m so disappointed,” said Madsen, who has worked for the city for more than 40 years. “It’s like I’m not appreciated or respected.”

Both Brown and Madsen said they felt the city didn’t do enough to provide adequate COVID-19 protections in their office. They said mask enforcement was lax — even during the city-imposed mandates — and employees weren’t always spaced 6 feet apart. They said a foam barrier placed between them didn’t appear tall enough to prevent the spread of the virus and often toppled onto them.

“The city takes the health and safety of its employees very seriously,” she said.

Madsen, who received a full course of the vaccine and a booster, said she contracted COVID-19 twice and suspects she got it at work.

“If I could retire, I would,” Madsen said, but she needs the health insurance.

Brown said the ordeal has been “really frustrating.”

“We’d like to get the 80 hours of the comp time that everybody else got, and we’d like [to be] recognized as being as important to the running of the department as the service workers are,” she said, “because if we weren’t there, they couldn’t do their jobs.”