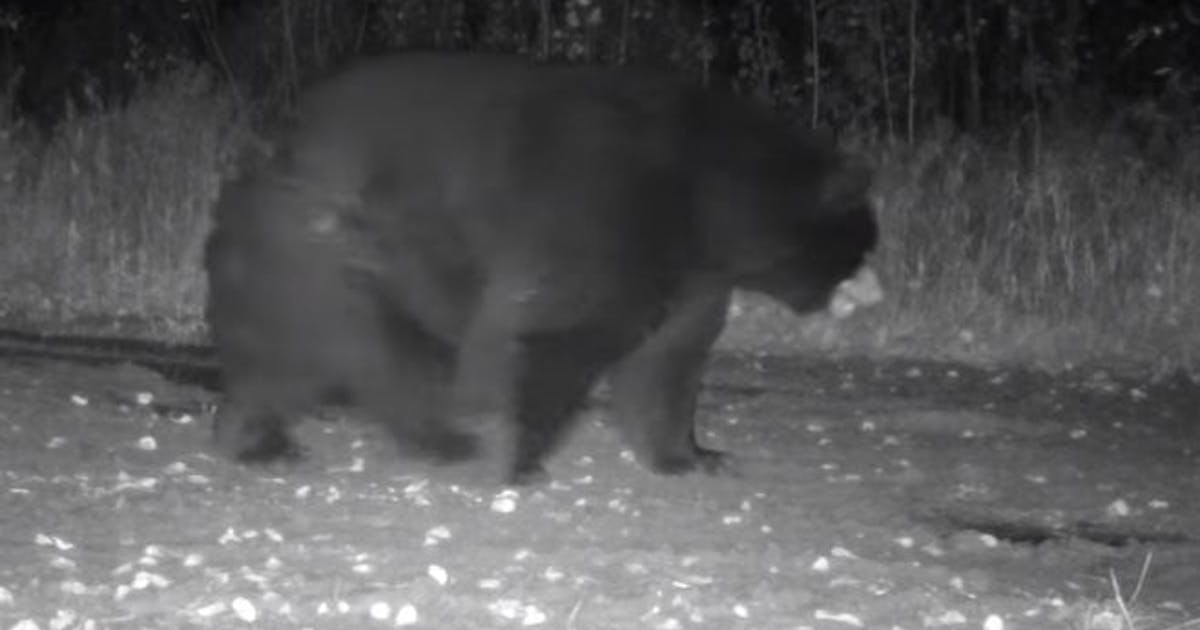 The sighting of an oversized bear in far northern Minnesota is generating outsized interest on social media.

The fat bear, in no hurry, is seen sauntering through the frame in trail camera footage shot Oct. 7 by researchers with the Voyageurs Wolf Project. The team published the clip last week on its Facebook page.

The bear post is a departure from the wolf work but maybe not entirely unexpected. The biologists have been tracking 10-11 wolf packs for years in and around Voyageurs National Park using GPS collars and other electronic tools to document their summer lives. A camera attached to a wild wolf in the spring of 2020 produced surprising footage of the creature’s fishing skills.

For now, a gargantuan forest neighbor is getting the attention. The group’s Facebook post on Tuesday had 369,000 views and 639 comments, with many remarking on the astonishing size of the bear.

“It surely is an impressive bear,” said Andrew Tri, bear project leader for the Minnesota Department of Natural Resources, who guessed it weighs about 700 pounds. “It’s not the largest bear we have ever had in the state, but it is a big one.”

Tri tamped down guesses online about the bear’s appearance, given its prodigious belly: It’s likely a large male — so, not pregnant. A growing fetus doesn’t swell in a sow’s belly, and newborns weigh about a pound.

As for its massive girth, the bear could have frequented the Vince Shute Wildlife Sanctuary in Orr, Minn., where staff keep the bears well-sustained with a high-calorie mix of fruit and nuts, Tri said. The sanctuary is about 22 miles southeast of the trail cam’s location. Tri said bears are known to migrate as many as 100 miles during fall.

“Our normal bears in the wild without human-provided food, they just don’t get that big or that fat,” Tri added.

Tom Gable, Voyageurs Wolf Project lead biologist, said the trail camera has shown bears at times throughout summer and fall, but nothing to this measure.

Tri acknowledged the wow factor around images of a wild animal not often seen to that scale. Beyond the spectacle is the reality that a lot of really big bears exist in Minnesota, evidenced by Tri’s examples of those trapped and killed through the seasons from Duluth to Roseau.

Tri said his team in its own research will weigh bears in dens that have 50% body fat. The trail cam star might be upward of that.

“[The bear] will have no trouble making it through winter whatsoever,” Tri said.

Majority of US states pursue nuclear power for emission cuts

Man guilty on all counts in Wisconsin shooting that killed 3