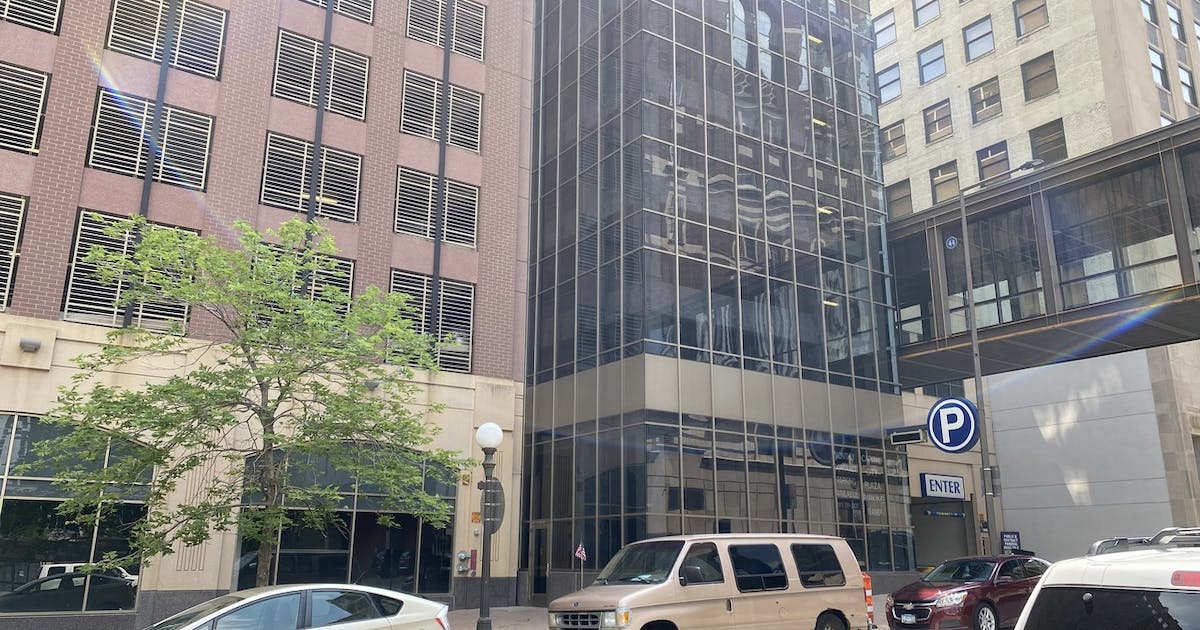 A 954-stall parking ramp in downtown St. Paul is headed to a sheriff’s sale Friday after its developer, the city’s Port Authority, defaulted on its payments.

The Port Authority financed the Capital City Plaza ramp’s construction in 2000 with more than $20 million in revenue bonds — debt the agency intended to pay back with parking revenue. That revenue fell short. The pandemic made it even worse.

Now the ramp will be put up for auction Friday morning, though a prospective buyer has already been identified by Wells Fargo, the trustee that took over the property on behalf of the bondholders who invested in it.

Wells Fargo filed for foreclosure on the site in late 2021. According to a Jan. 14 notice from the company to bondholders, Wells Fargo plans to use credit from the payments it’s owed to win the property at the sale and sell it to a buyer offering $7 million. The two parties entered into a purchase agreement that includes a confidentiality clause, according to minutes from the Port Authority’s March 22 meeting.

“It’s a huge ramp, and it doesn’t have a kind of natural feeder to it that a lot of other ramps would have,” Joe Spartz, president of the Greater St. Paul Building Owners and Managers Association, said. “I think that’s part of the reason that it’s been underutilized over the years.”

The ramp at 50 4th St. E. has lost money since it opened in 2001. The port defaulted on its debt payments in 2009. As workers stopped commuting downtown during the pandemic, the property’s revenue dropped so much that it could no longer cover operating expenses, according to Port Authority records.

Audit documents show that at the end of 2020, the property had $16 million in assets and $75 million in liabilities, mostly consisting of unpaid debt, interest and operating losses. The port agreed to loan Allied Parking, which manages the ramp, up to $250,000 to keep the ramp open in 2021, according to the Wells Fargo notice.

A Wells Fargo spokesperson declined to comment, and the attorney representing the company did not respond to requests.

This isn’t the first time Wells Fargo has tried to sell the ramp. In 2019, Chicago-based real estate developer John Thomas, who spent time in federal prison after pleading guilty in 2014 to defrauding an Illinois town, expressed interest in the property. Around the same time, John Rupp, who owns W.A. Frost and Co., the St. Paul Athletic Club and the Commodore, launched a lawsuit claiming he had first right to buy the property since he previously owned the land and made an agreement with the Port Authority.

The property’s most recent appraisal in 2016 valued it at $9.4 million, but Wells Fargo and bondholders “believe that the Project’s value has materially decreased since that time,” according to the January notice.

The Port Authority frequently has a hand in development projects in St. Paul, and officials have said they changed the way they do business in the wake of the failed ramp and other defaults. The agency’s former president, Lee Krueger, said in 2019 that it no longer issues revenue bonds and instead turns to outside parties to finance projects.

A Port Authority spokesperson declined a request for comment Wednesday.

Members of the public can attend the sheriff’s sale at 10 a.m. Friday at 25 W. 4th St. John Eastham, commander of the Ramsey County Sheriff Office’s civil process unit, said mortgage foreclosure sales normally start bidding at an amount equal to the debt owed on the property.

Potential bidders must show up at the auction with cash or a cashier’s check equal to or greater than the purchase amount, Eastham said.

City Council Member Rebecca Noecker, who represents the area, said she has fielded complaints about security and maintenance issues related to the ramp.

“I don’t know what the tea leaves are saying about the future of parking right now,” she said . “I think it’s definitely time for a new owner who can give that space the attention and make it an amenity.”