Truck erupts in flames after being hit by wayward car, causing major backup in Blaine 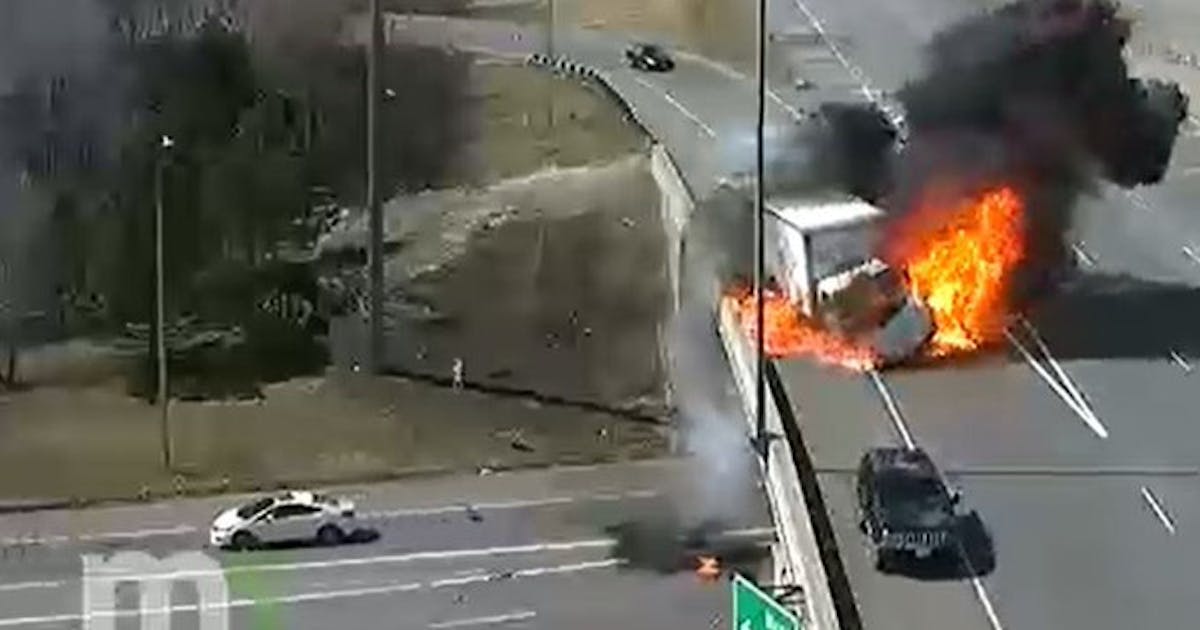 A commercial truck collided with a car and caught fire on a highway Monday afternoon in Blaine, igniting a fireball that sent black smoke skyward and immediately created a major traffic backup.

The crash happened shortly before 2:30 p.m. on the ramp from southbound Hwy. 65 to eastbound U.S. Hwy. 10, the Minnesota State Patrol said.

Shank said the car’s driver “showed suspected signs of impairment.” An investigation into the crash was underway.

Traffic video from the state Department of Transportation and captured by Minnesota Traffic Live showed the box truck heading east on Hwy. 10 when it collided with a car that had overshot the entrance ramp from southbound Hwy. 65.

The truck veered to the right and rode along the right rail of the entrance ramp before erupting into flames. A wall of black smoke billowed across the eastbound lanes for more than 10 minutes. as drivers found their way through the darkness before emerging into the sunshine on the other side.

As the afternoon traffic kicked into gear, the State Patrol allowed vehicles to pass in the left two lanes. Once the wreckage was towed away late in the afternoon and the debris cleared, traffic returned to normal.

Traffic on Hwy. 65 was also temporarily slowedbecause of debris from the truck fell from the overpass above.