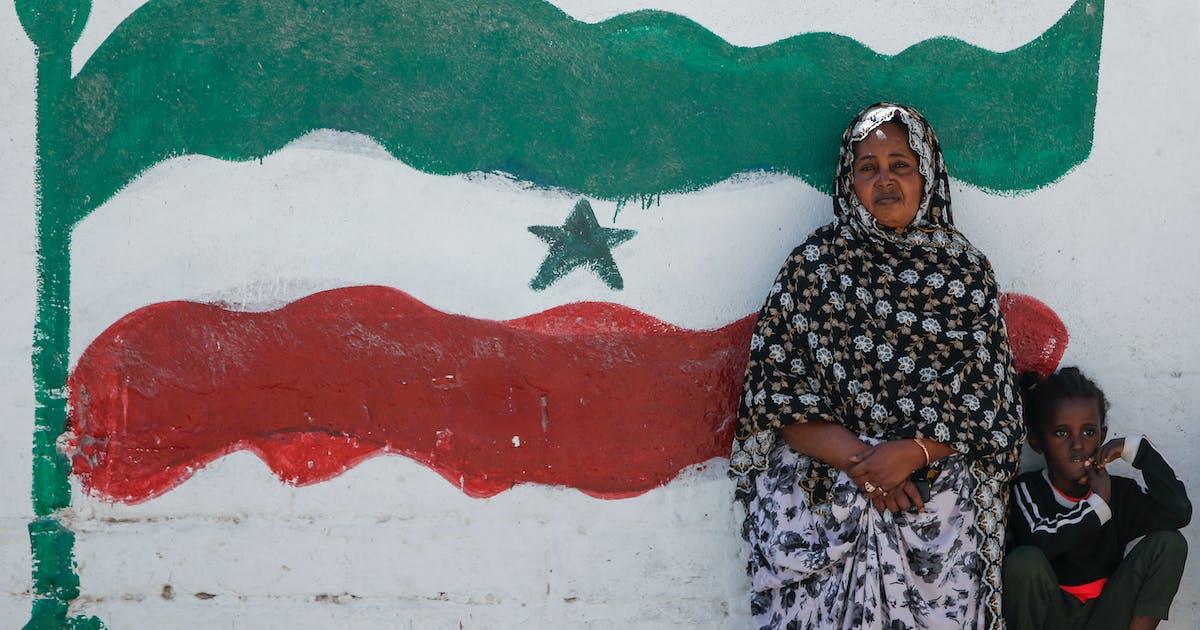 On the eve of Ramadan, Abdi Warfa, a faculty member at the University of Minnesota, flipped on the international news to find a shocking scene. A massive fire ripped through the expansive open-air market in Somaliland’s capital city of Hargeisa, destroying hundreds of small businesses and the economic engine of his hometown.

Decades earlier, his parents operated a wholesale clothing shop among those stalls. Warfa returned just last summer to purchase school uniforms for his own children, who are visiting family in the region. Each week, his wife rode the bus there to buy fresh meat.

Then, almost overnight, that once bustling commercial district was reduced to rubble.

“It’s a real disaster unfolding right in front of your eyes,” said Warfa, an assistant professor of biology, who emigrated to the United States in the 1990s. “Somebody who walked through that market will understand what that means … Imagine Mall of America with 7,000 people.”

A week after the blaze ravaged Waaheen Market — injuring at least 28 people and causing an estimated $2 billion in property damage — members of the the Twin Cities Somali community are coming together to raise funds for those who lost their livelihoods.

Local imams are asking for donations at area mosques and business leaders launched a GoFundMe page to send relief to the Hargeisa mayor’s office, which is spearheading efforts to rebuild. On Saturday night, community groups were holding a fundraising dinner at the St. Paul Event Center for iftar, where 500 attendees could break their fast.

Event organizer Abdirahman Kahin stressed that the April 1 fire marked the worst economic calamity in the city since the civil war and would have a far-reaching impact, beyond Somaliland’s borders. The market, which supplies 4 to 5 million people each year, was prepping for the holy month of Ramadan, often the busiest season for Muslim shopkeepers.

“This is where people make their money,” said Kahin, who co-owns the Afro Deli restaurant chain. “It’s like the State Fair. People count on that [income].”

In times of tragedy, relatives weathering the storm in their homeland rely on money sent from the Somali diaspora to help provide, he said. Today, Minnesota is home to an estimated 70,000 Somalis — the largest population in the United States. Somaliland is an autonomous region within the country of Somalia.

“These people are looking at us; they’re not looking at the NGOs or international donors,” said Kahin, who aims to send back nearly $300,000 in aid. “We are the first responders to their crisis.”

Once images of the inferno hit social media last weekend, Kahin jumped into action, calling an emergency meeting the next day with community leaders. Within 24 hours, organizers sold 500 tickets to the event. Minnesota Attorney General Keith Ellison and U.S. Rep. Ilhan Omar both agreed to attend.

Many guests have a deep connection to the East African region and have participated in previous philanthropy efforts to fight a devastating drought that’s lasted three long seasons. Local organizations raised over $600,000 in two years for that cause, Kahin said. However, Somali-Americans fear the latest catastrophe may lead to rising inflation and take a decade to recover from.

“A lot of people in that region are living day by day,” said Mohamed Guled, CEO of Dauus, a Bloomington-based company that stocks an estimated 200 shops at the Waaheen Market with baby formula, diapers and pharmaceuticals. “We want to do everything we can to help them get their businesses back up and running.”

Those who know the area well are relieved that no one was killed at the crowded market, where foot traffic is often so thick that it can be hard to navigate the streets — or locate an exit. “When I go in there, I can smell people’s breath, that’s how close they are to each other,” Guled said. “I don’t know how that many people got out that fast. It’s just a miracle.”

At a time when the international community’s eyes are locked on the war in Ukraine, organizers say there is increased pressure on Somali-Americans to raise awareness about the toll of the fire and lift up those most impacted by the economic loss.

“We have to fill that gap the rest of the world would normally help with,” said Warfa, the professor. “People are putting aside their political differences to lend a hand.”