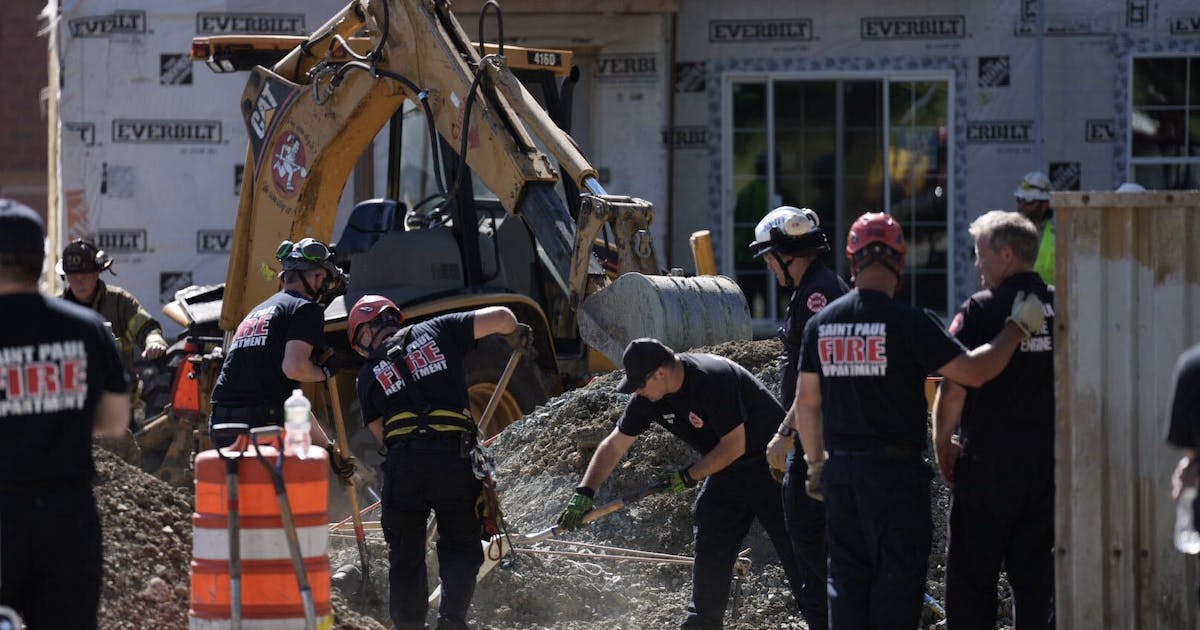 Two construction workers were believed killed Friday when a trench they were working in collapsed, St. Paul officials said.

The collapse happened about 3 p.m. at the intersection of Pinehurst Avenue and Mt. Curve Boulevard in St. Paul’s Highland Park neighborhood. Fire crews were told two workers were trapped when the walls of the trench apparently gave way.

Considering the amount of time that had passed and amount of material involved, the crews transitioned to a recovery mission.

Neighbors say the construction had been going on for about two months. An apartment building adjacent to the trench also appeared to be under construction. Many stood watch over the scene Friday as firefighters stabilized the trench and tried to free the workers.

Officials have not released the names of those in the trench or the company they worked for. Crews from St. Paul and Minneapolis fire departments and St. Paul public works were among those involved in the rescue effort Friday.

This is a developing story and will update as more information is available.