Two Harbors mayor is a visionary — just ask him 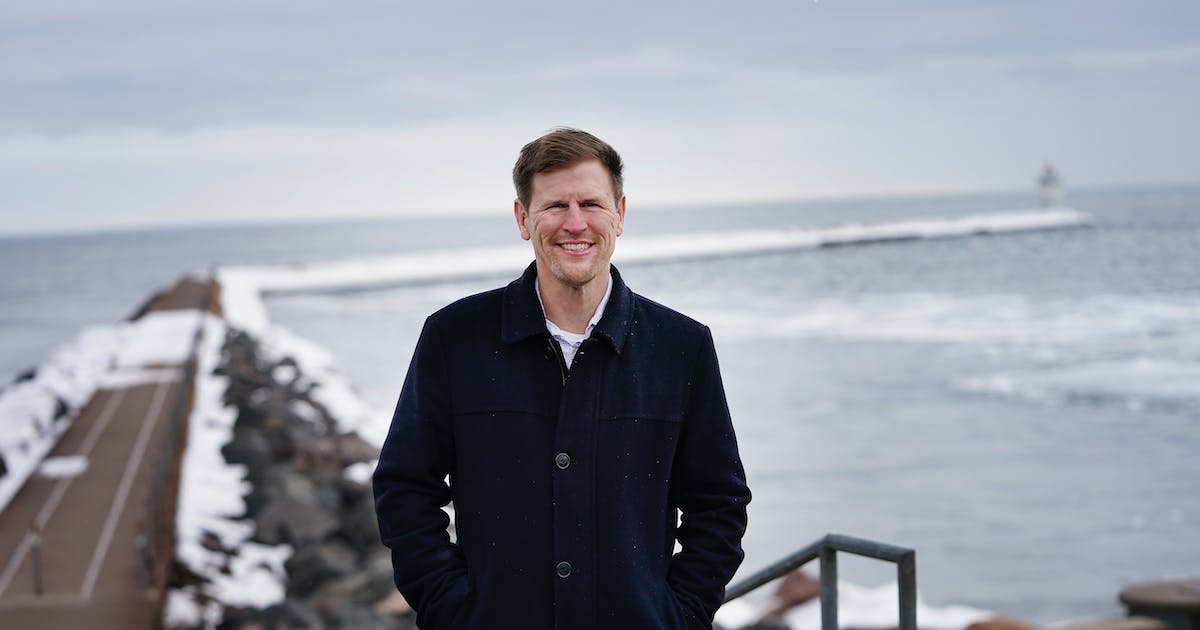 TWO HARBORS, Minn. – Chris Swanson, the attention-grabbing mayor behind a proposed underwater hotel in Lake Superior, with a Twitter feed full of cryptocurrency boosterism and a hair-trigger for forming new companies, will tell you he is a visionary. Repeatedly.

“I was always starting different business, always getting into different things — always ideas, that’s who I am,” he said during a recent visit to his downtown office.

Friends and even foes describe the mayor as a visionary. But in the past few months, he’s also been accused of conflicts of interest, abuse of power, disrespecting constituents and drawing embarrassing attention to the city.

Now, some in this town of about 4,000 on the North Shore have grown tired of his rule-skirting ways. They’ve mounted a recall campaign to force him to resign or boot him out of office.

At last count, at least 25% of residents who are eligible to vote have signed the petition, according to those behind the movement. Even the city attorney, in a recent memorandum to the City Council, said Swanson has used his position for personal gain and violated the city’s communications policy.

Uriah Hefter, a former supporter of Swanson’s, is now involved with the “Resign or Recall” campaign.

“It’s been a slow burn of people increasingly questioning his views and his motivations and what he’s trying to do for the city,” Hefter said. “He fancies himself Walt Disney, and he’s not.”

Swanson does, in fact, consider Disney a role model, describing the legendary animator and entrepreneur as “the visionary’s visionary.”

Swanson landed in the limelight months ago with an idea for an underwater hotel in Burlington Bay. His proposal, nicknamed “the eighth wonder on Lake Superior,” had rooms above and below water, a helipad, a driving range, a submarine.

He discussed it on “Ask a Billionaire,” a podcast that offers tutorials from a self-described reclusive billionaire who goes by “Mr. O.” Two months later, he registered “8th Wonder on Lake Superior” with the Minnesota Secretary of State’s Office. To date, he’s offered no real details and given no indication what the business would do.

Swanson’s profile picture on his controversial Twitter account showed his face with neon laser eyes, a social media cue that he is pro-Bitcoin. He posts inspirational quotes and retweets stories about how cities can thrive using cryptocurrency. He suggested in a January New York Times story that crypto-investors could invest in Two Harbors’ projects in exchange for voting power.

It got a lot of people talking about Two Harbors, he said. And it’s brought him more scrutiny.

The City Council asked City Attorney Tim Costley to review Swanson’s tweets, podcast appearance and “Vibrant Two Harbors” website — described as the mayor and Mr. O’s initiative to make the city a Midwest destination — for violations of city policies. At a recent council meeting, Costley said he thinks all three do. Swanson doesn’t always disclose that he is the mayor or that his opinions are his own. His Twitter handle, @mayorswanson, includes tweets that aren’t related to his position.

Costley also said the mayor used his position for personal gain. In one case, Swanson solicited a donation for a new bandshell using his mayoral email address. Then his company, Garage Starts, billed Friends of the Bandshell Park $65 an hour for fundraising.

In another case, a resident said he came to the mayor for help reopening a landmark shuttered fish shop. Months later, Swanson’s wife bought the building and his daughter Ashleigh Swanson, then 16, opened Lou’s Fish House.

“It is my opinion,” Costley wrote, “that Mayor Swanson received information in his official position as Mayor of the City, which was used to further his financial or other interest.”

Recently, the group Resign or Recall held a daylong signature drive at the town’s community center in their first major push for about 400 signatures. They got more than 600. Another is planned for April 23.

“When you compare his behavior with the code of ethics in the city code, he’s got multiple instances of violation — and they’re ongoing,” said Todd Ronning, one of the group’s founders. “And he’s unapologetic about it.”

Grievances range from Swanson’s public support for President Donald Trump in the 2020 election, an endorsement that violated city code, to his handling of this summer’s Festival of Sail. Swanson offered the help of a new nonprofit to help organize the major event, but didn’t disclose it was his daughter running the business. The festival’s organizer opted to use his own staff to pull permits and recruit volunteers.

“We’re sad we’re exploring this,” Ronning said. “There comes a time when it feels necessary, and we feel that we are there.”

Swanson, 45, grew up in nearby Silver Bay, Minn., where the closure of the taconite mine changed the face of the town.

His father stayed. Kalvin Swanson worked in landscaping, drying firewood, selling flowers. Chris Swanson, too, showed an entrepreneurial zeal. His first business: buying candy in bulk and selling it to other kids.

He met Rebecca Swanson when he was studying at Itasca Community College in Grand Rapids and she was a senior in high school. They were married within a year and moved to Two Harbors. He studied prelaw at the University of Wisconsin-Superior but didn’t graduate.

“I got bit by the entrepreneur bug,” he said.

Swanson’s first companies were built around computer repair and internet access. He segued into online marketing and connected with the crew that formed the marketing campaign Destination Duluth.

One of Swanson’s ongoing businesses, PureDriven, works with stores to build their online presence. Garage Starts’ claims are similar, working with entrepreneurs to grow business. Garage Starts has helped a handful of small local businesses, according to its website, including Lou’s Fish House and Callie’s Sweets, which is owned by another daughter.

Swanson served a term and a half as a city councilor before stepping down in 2012, saying he wanted to spend more time with his family and business. In 2016, he easily defeated incumbent Mayor Randy Bolen. In 2020, Swanson ran unopposed.

On a recent weekday, two of Swanson’s partners from Destination Duluth, Tom Livingston and Jerry Thoreson, had plans to drive to Two Harbors and pray with the mayor. The trio is part of a group that is in daily contact for spiritual accountability.

“He’s passionate about Two Harbors,” Livingston said. “I think he’s the most positive person in Two Harbors in the last 50 years.”

After the city verifies all the Resign or Recall signatures, the proposal would be presented at the next City Council meeting. If the mayor doesn’t step down, the council would set a date for the recall election.

City Clerk Patricia Nordean said she hasn’t seen a recall in the 31 years she has worked for the city.

Swanson said he has no intention of stepping down. He said he has a deep faith and a belief that everything happens for a reason.