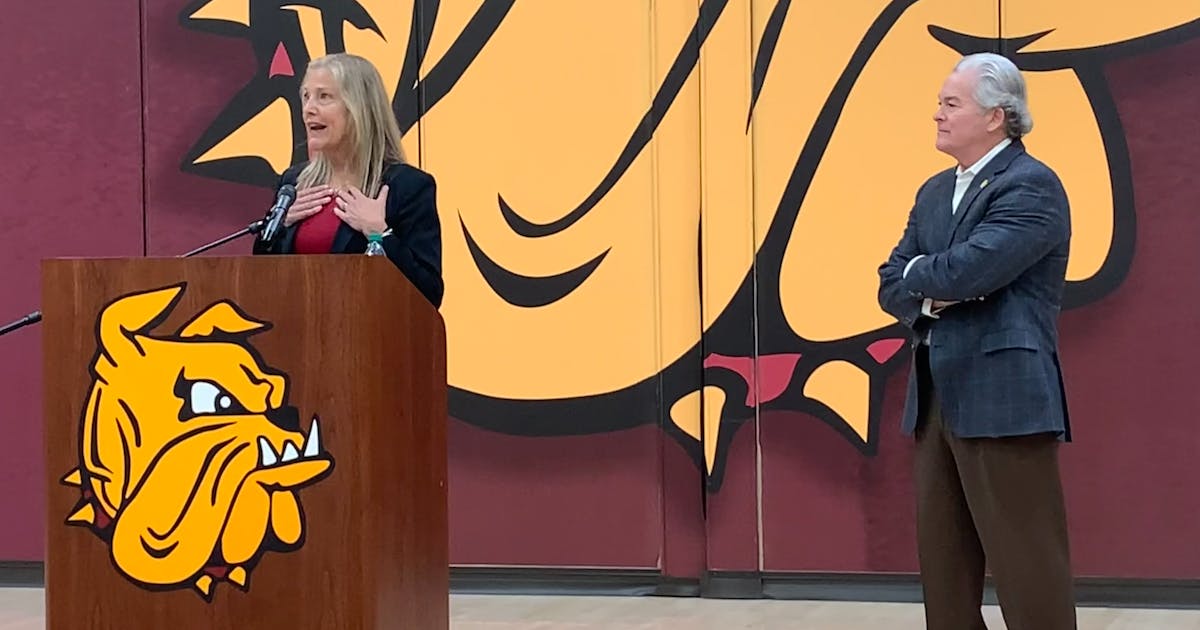 DULUTH – Karen Stromme and Gary Holquist, two fixtures in the University of Minnesota Duluth’s Athletics Department, were met with a standing ovation when they walked into Romano Gymnasium on Thursday afternoon.

The married couple announced that both will retire in June after a combined 75 years within the Bulldogs’ program. The event, billed as a media conference, drew about 100 fans, friends and former players to the bleachers of the gymnasium where Stromme and Holquist have spent so much of their adult lives.

“Big words get thrown around a lot today,” said athletic director Josh Berlo. “Words like ‘legend.’ These two are absolute legends in this community and what they’ve done for Bulldog athletics — sincerely dedicating their lives to the single purpose of making the Bulldogs better every single day.”

Stromme, 62, started coaching UMD women’s basketball when she was 23 and served as head coach for 21 winning seasons. Her career record of 440 wins, 184 losses is the best of any basketball coach in the school’s history. Under Stromme, the Bulldogs won 12 Northern Sun Intercollegiate Conference titles, eight NCAA Division II North Central Regional playoffs and earned seven trips to the NAIA national tournament.

Stromme shifted to an office role in 2004 and retires as the senior associate athletic director and senior woman administrator, a title given to the highest ranking woman in each NCAA athletics department or conference office.

Holquist, 65, spent 26 years with the men’s basketball program, 14 as head coach. He had an overall record of 206-197. The Bulldogs earned two NCAA Division II playoff berths, one NSIC regular season title and two NSIC tournament championships. He has worked in fundraising for UMD athletics since 2012.

The two married in 2007 while both were working at UMD. Stromme said they are a couple that is constantly in motion. In retirement, they plan to first take a pause — then return as Bulldog fans.

Athletes who have played for Stromme or Holquist shared signature sayings favored by their former coaches.

“Be a positive proton, not a negative neutron,” recalled Denise Olson, a Duluth East graduate who was Stromme’s first recruit at a time when women’s basketball was gaining public momentum.

Neither coach could pick a defining moment from time spent in UMD athletics — rather friendships and feelings.

Stromme offered a scene of playing a great game on the home court in front of fans who love the Bulldogs, then celebrating together.

“That’s the greatest joy I can think of,” she said.