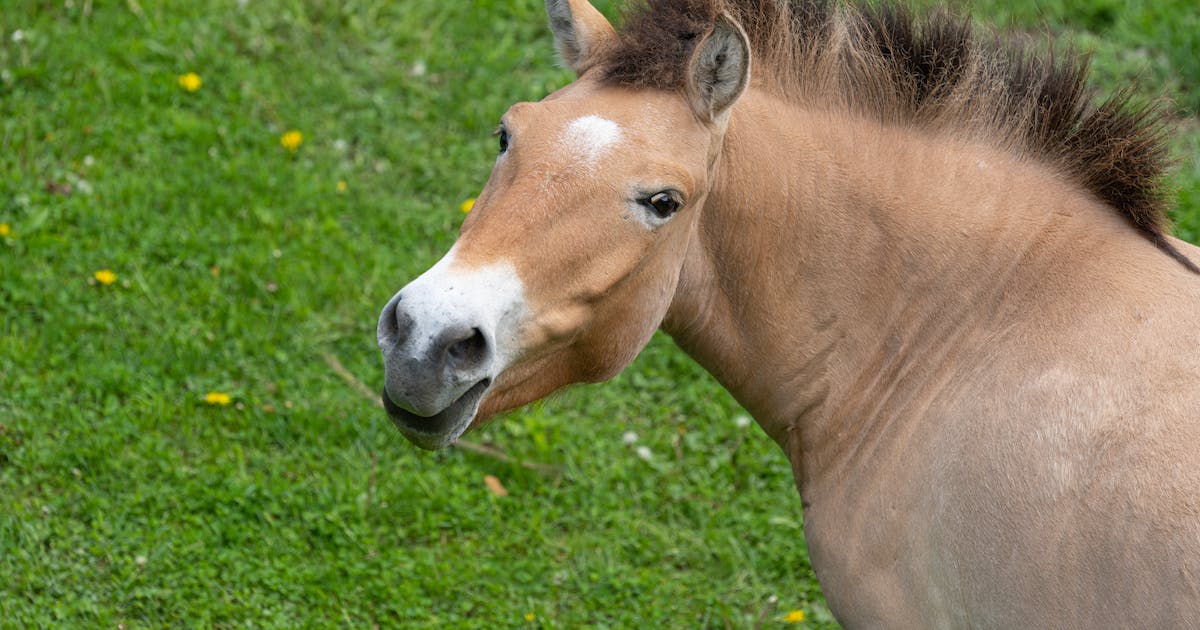 The war in Ukraine has forced the Minnesota Zoo to call off plans to send a group of Asian wild horses back to their native habitat in Russia.

Eight of the endangered horses, known as takhis or Przewalksi’s horses, were set to return to a Russian nature reserve this fall after delays caused by the pandemic in 2020 and 2021.

Officials at the zoo in Apple Valley now are searching for a permanent home for the horses, saying that the work and cost of taking care of them is more than they can handle for the long run.

“We are working on alternative options, trying to figure out what the best outcome for those horses will be,” said Seth Stapleton, the zoo’s conservation director .

The stocky, light-brown horses with dark, spiky manes once roamed much of Europe and central and eastern Asia. They are rugged and hardy, Stapleton said, and thrive in harsh environments. The animals were “completely extirpated” as habitat was taken over by farming and the horses came into contact with livestock. By the 1960s, only a dozen remained in zoos.

But concerted efforts to establish a breeding program succeeded, helping to maintain the few that were left, Stapleton said. About 500 Asian wild horses now live in the wild, and several hundred are at zoos.

“I think this is a great example of the importance of zoos in wildlife conservation,” he said.

The Minnesota Zoo has been involved in helping the horses since it opened in 1978, with about 50 foals born there over four decades.

Several years ago, the zoo entered a partnership with the San Diego Zoo, the El Paso Zoo, the National Zoo in Washington, D.C., and the Wilds, a nonprofit park managed by the Columbus Zoo and Aquarium in Ohio, to deliver eight Asian wild horses to the Orenburg Nature Reserve in Russia to improve the genetic diversity of the herd there.

The plan was to get one to three horses from each zoo acclimated to the cold Russian weather by sending them to the Minnesota Zoo before sending them overseas in October 2020. The Orenburg reserve, near the Kazakhstan border in central Asia, is currently home to 40 to 50 wild horses and has received three previous transfers of wild horses from Europe.

Six horses arrived in Apple Valley in 2019 and were added to a pair from the Minnesota Zoo, placed in same-sex social groups to get them used to each other. Then the pandemic hit, and plans to transport them in 2020 and 2021 fell through, Stapleton said.

John Kiseda, the El Paso Zoo’s animal curator , said he sent one female horse to the Minnesota Zoo in preparation for resettlement in Russia. He said the plans to reintegrate the horses into Russia were somewhat unusual and required a lot of coordination.

“It’s sometimes surprising to non-zoo people how complex something within our zoo world can be,” he said.

Sending animals overseas requires special crates, trained staffers to provide medical care and many permits, Kiseda said. Transport is expensive, he said, and then there’s the travel on the ground once the plane lands, he said.

“Having eight additional horses that were earmarked for transport two and a half or three years ago, that’s a pretty significant cost in terms of animal care and health,” he said.

One possibility is to find a home for the horses in a North American zoo using the Species Survival Plan, Stapleton said, a program in which accredited zoos collaborate to maintain and manage the breeding of an endangered species.

Minnesota Zoo officials, who are communicating with the four other zoos, said they will know more about potential destinations in about six weeks.

Kiseda recalled a recent virtual meeting about the horses’ fate where the discussion turned to sending them to Hustai National Park in Mongolia, where many of the wild horses already live. He’s hopeful they can go there.

While they await their next stop, the horses destined for Russia are being kept in same-sex groups in a special area of the zoo.

On Tuesday, Wazi, a 7-year-old mare, was put under to receive an annual exam that included hoof trimming, vaccinations and a dental check-up. As the anesthesia wore off, she groggily stood up, stumbling several times. Then she began to run.

“They’re a little more feisty than your normal domestic pony,” she said.