Under new policy, Minneapolis police can no longer apply for, execute no-knock warrants 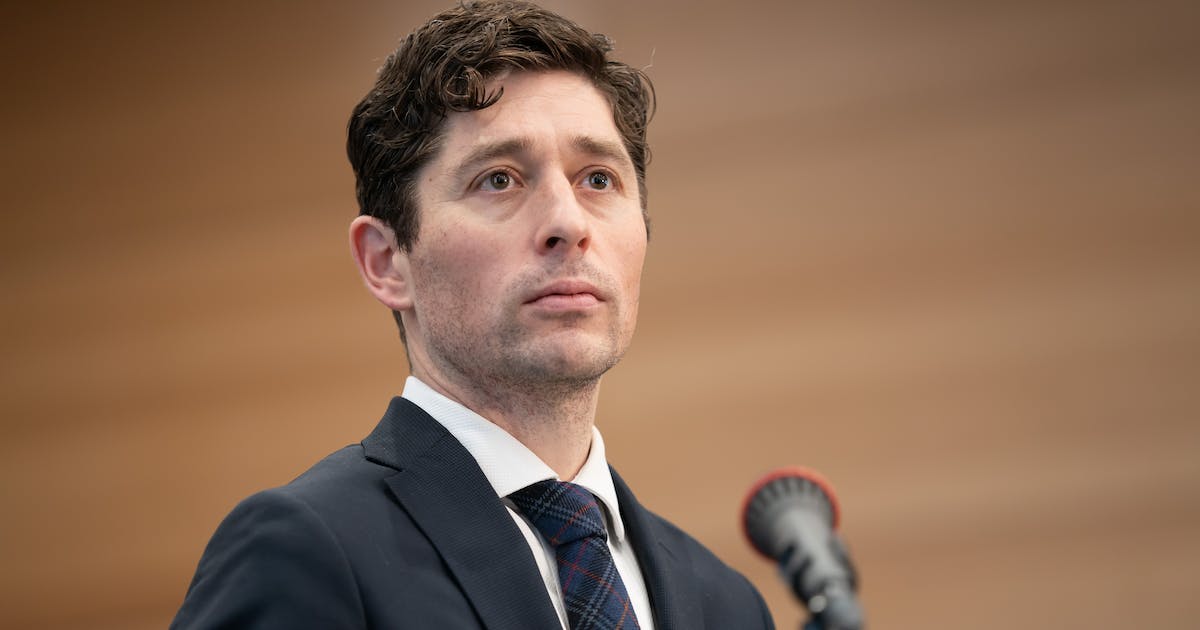 Minneapolis police can no longer apply for or execute unannounced search warrants, even when assisting other law enforcement agencies, according to a special order released by Mayor Jacob Frey on Tuesday.

In the latest effort to address the use of no-knock warrants after the police killing of Amir Locke this winter, the new policy states that Minneapolis officers serving a warrant must announce their presence and then wait 20 seconds during the daytime, or 30 seconds at night, before entering, unless under “exigent circumstances.” The policy defines “exigent circumstances” as when in hot pursuit, to prevent imminent harm or provide emergency aid, to prevent imminent destruction or removal of evidence and to prevent the imminent escape of a suspect.

The new policy, which goes into effect Friday, specifies that destruction or removal of narcotics does not qualify as exigent circumstances.

“We accomplished what we set out to do,” Frey said in a statement. “This policy is among the most forward-looking and extensive in the nation and will help keep both our residents and officers safe.”

No-knock warrants are used by law enforcement across the country. Popularized after the advent of the war on drugs in the 1970s, police say they are necessary to ensure drugs can’t be destroyed before officers enter and to give officers a tactical advantage when dealing with dangerous suspects.

The tactic has become increasingly controversial, as critics say the surprise searches put people in unnecessary danger, and the risk outweighs the benefit. Florida, Oregon, Connecticut and Virginia have banned the practice.

In November 2020 — after police in Louisville, Ky., killed 26-year-old Breonna Taylor during a no-knock drug search — Frey and then-Minneapolis Police Chief Medaria Arradondo announced they would restrict the use of no-knock warrants and that police would have to identify themselves before entering any home, regardless of whether a judge gave them permission to enter unannounced.

“Outside of limited, exigent circumstances, like a hostage situation, MPD officers will be required to announce their presence and purpose prior to entry,” Frey’s office said at the time.

Yet, Minneapolis police continued to rely on no-knock warrants, according to records reviewed by the Star Tribune.

On Feb. 2, a Minneapolis police SWAT team burst unannounced into the Bolero Flats apartments at 1117 Marquette Av. shortly before 7 a.m. The officers shot Amir Locke after he startled awake and grabbed a handgun, body camera footage shows. Locke was not the intended target of the warrant. His killing ignited public criticism of the city for continuing to use the tactic after Frey claimed it had stopped.

In an interview at the time, Frey sought to distinguish between “applying for” and “executing” warrants, saying, “We don’t have a single instance where a warrant was executed without announcements, even when a no-knock or no-announce warrant was issued,” because the supervisor on scene is required to log how the warrants were served.

Frey said he had not watched any body camera footage to verify whether officers announced themselves before entry, and he did not answer why the Police Department continued to apply for no-knock warrants at a higher rate than standard warrants if they are not allowed in most circumstances. He said he is not alerted when a judge issues a no-knock warrant to Minneapolis police.

After Locke’s death, Frey announced a moratorium on no-knock warrants. Last month, he said his office was preparing a new policy to further restrict unannounced searches.

“Safe search warrants are a critical tool in addressing the violent crime that is harming so many in our community,” interim Minneapolis Police Chief Amelia Huffman said in a statement. “Investigations can be dangerous and unfold rapidly in unexpected ways. This updated policy language strengthens our ability to mitigate the risk of harm to occupants and officers during searches and reflects our commitment to protecting lives.”

Michelle Gross, president of the watchdog group Communities United Against Police Brutality, said she told Frey the 20-second pause before entering was not enough. As a member of the mayor’s community safety workgroup, she suggested the city adopt the 30-second wait time recommended by Campaign Zero, a nonprofit that researches policies to end police violence.

Gross said she was glad Frey made the change to 30 seconds for nighttime but is still holding out hope that the Minnesota Legislature will pass a ban on no-knock warrants. In the interim, she’ll be watching to see if the new policy reduces the use of no-knock warrants or if Minneapolis police use the “exigent circumstances” exception as a loophole.

“The proof will be in the pudding,” Gross said.