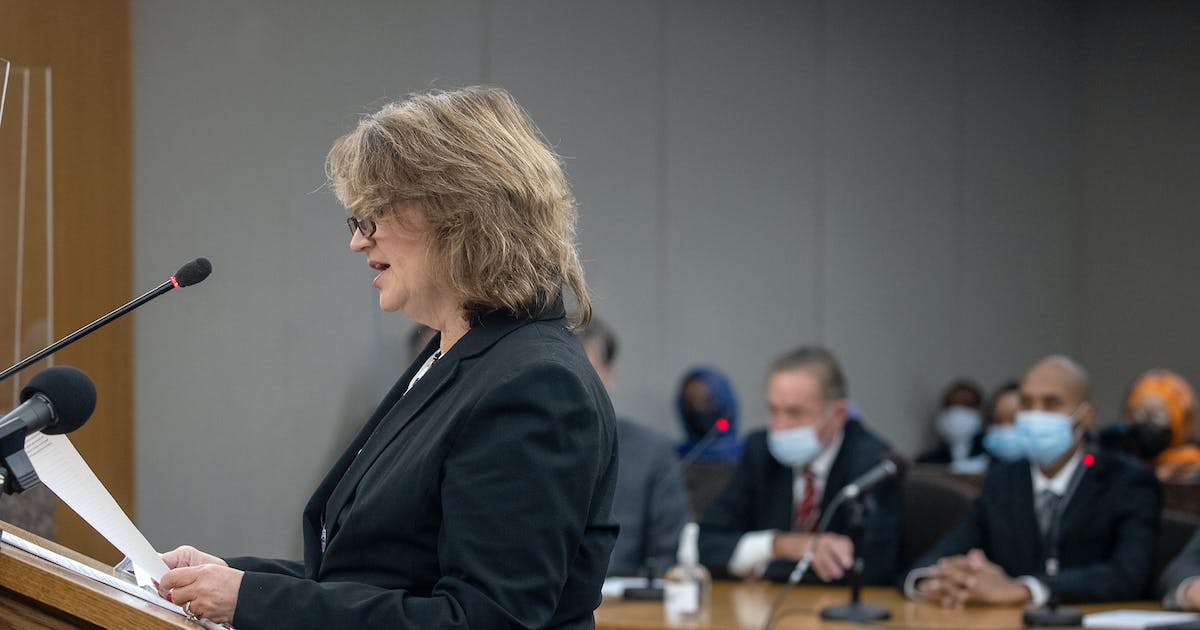 A veteran Hennepin County attorney who has prosecuted dozens of high-profile cases reached a $190,000 settlement with the county after filing an age discrimination and retaliation complaint with the state’s Department of Human Rights last August.

In the state complaint, she alleged Freeman made sexist remarks in a staff meeting in 2019, claiming he said a female attorney in his office had “the judgment of a toad” and “big white boys like us aren’t going to be ruling the world anymore.” He allegedly added that “we already had to let the white girls in because we need someone to keep our feet warm at night.”

Sweasy also said she reported Freeman’s behavior to a senior attorney, who said he knew he made other sexist remarks. She added that she believed others complained about his sex discrimination and harassment, but the county did nothing about it.

As part of the settlement, which was mediated for nearly a year and approved by the county board in April, Sweasy will no longer report to Freeman or have meetings with him unless Criminal Deputy County Attorney Dan Mabley is present. She will also head a new Complex Prosecutions Unit, which will handle significant homicides, child abuse, domestic abuse and cold cases along with matters relating to career offenders.

She was promoted to principal attorney, a senior position that directs other attorneys in the office, consults on office policies and practices and provides counsel to other county departments. The agreement required Mabley to send an e-mail to staff alerting them of her new position.

Joanna Hjelmeland, a spokesperson for Sweasy, said it is a difficult decision to come forward in cases of workplace discrimination and retaliation. Sweasy isn’t ready to publicly discuss her case and settlement, she said.

Freeman has served as county attorney for most of Sweasy’s career. He announced last year that he wouldn’t run for reelection in November.

In a statement, Freeman said it’s been a privilege to lead the office for 24 years. There are 526 employees on the payroll and he has diversified his senior team.

“In 24 years, and among thousands of employees, no claim of discrimination has been found to be true,” he said. “And that has not changed today.”

The state complaint filed by Sweasy said Freeman treated female employees differently than males, especially if they disagreed with him on the handling of a case. She claimed he ostracized her, treated her with hostility and took away job duties.

According to the complaint, Freeman threatened her job and took away use of deadly force cases, which the complaint said she had worked on for years. He promoted attorneys who had less experience and skill, Sweasy said. She believed Freeman was trying to get her to quit by ignoring her requests for new initiatives and offering weak performers for staffing.

In August 2020, the complaint said, Freeman refused to assign her as a division head, a position she was told she would assume. This confirmed her belief that Freeman didn’t appoint her because she disagreed with him on a case.

She also believed Freeman interfered with her application for a judicial appointment.

Sweasy most recently was involved in prosecution of the Minneapolis police killings of George Floyd and Justine Ruszczyk Damond. She managed the Community Prosecution Division for the past two years.

Sweasy’s new unit won’t handle police use of force cases, but will assist on police investigations and reforms such as Minneapolis’ new no-knock warrant policy. She will continue to manage the county’s grand jury process.

The county agreed that Mabley would write a letter of recommendation for Sweasy to any prospective employer.

Sweasy was given two months of paid time off after the settlement was approved. She has been working remotely since that time and will return to the office in June.