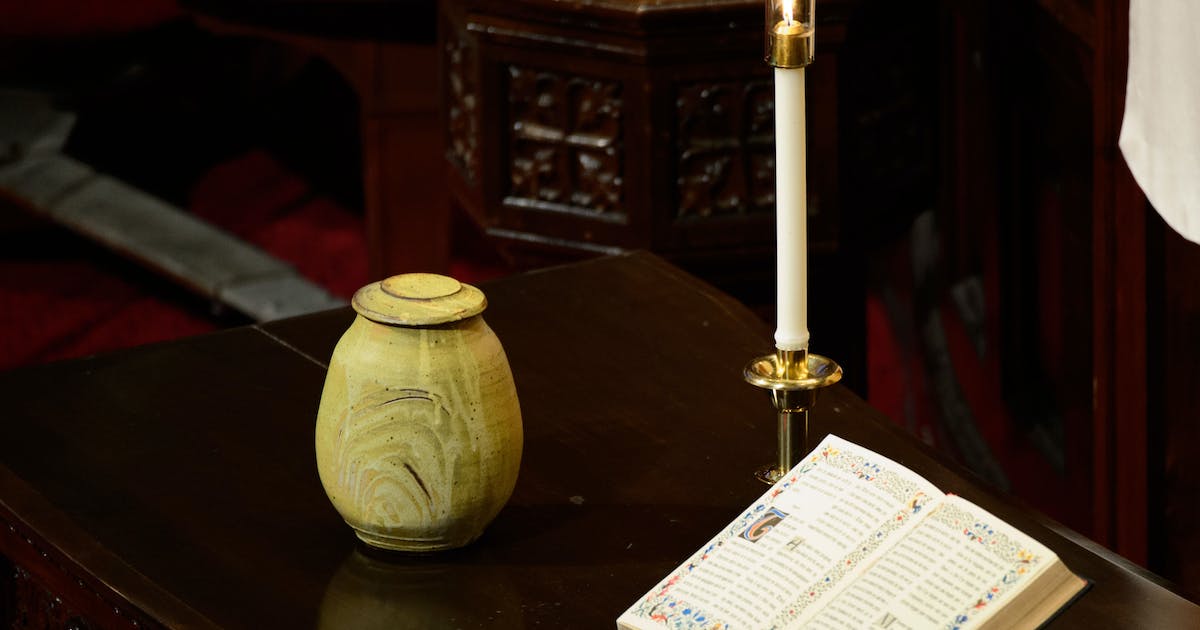 The clay pot sat in the Mondale home for years.

Beautifully made and made to be used. Like everything that came off the wheel of legendary Stillwater potter Warren MacKenzie.

Joan Mondale had loved that pot. Of all the works of art she created and collected in her life, this was the one the family chose for her funeral urn.

“Mom would approve,” said Ted Mondale, who carried the heavy pot eight blocks to his father’s memorial service, where everyone from the president of the United States to the University of Minnesota marching band would pay their respects.

The heavy piece of pottery was lighter than expected the first time the Mondale boys lifted their mother’s urn from its place of honor over the fireplace.

“We picked up the urn and it was empty,” he said. Their father had quietly strewn her ashes out by the St. Croix River at some point, freeing the pot for a new purpose.

“It was there in the house, and she loved it,” he said. “We thought it was perfect.”

One beloved pot, serving as a resting place for two beloved Minnesotans, would have suited its maker.

Before his death in late 2018, MacKenzie made ceramic pieces that were as functional as they were beautiful. He wanted people to take his pots and plates and cups home because they loved them, not because similar pieces were sitting in galleries and museums around the planet.

“My father was committed to making functional objects that people use in everyday life, with beauty, craftsmanship and artistry,” said Tamsyn MacKenzie. “My father stopped putting his mark on pots for many years, because he wanted people to choose pots because they liked the pots — not because the pots were attached to his name.”

Warren MacKenzie loved making pots and he loved people. Humble, kind and endlessly generous, he used to load his tools and his potter’s wheel in his car and travel the country, teaching. “I do not know where the next great potter is going to be,” he used to tell his daughter.

Joan Mondale used to work beside him in his Stillwater studio. She had been the second lady of the United States, but the first word her family chose for her obituary was potter. Joan of Art, they called her, and she left the world a lovelier place than she found it.

There is little left to say about Walter Mondale that wasn’t said at his memorial, by the president, by the senators, by the governor, by the scholars and dignitaries and friends and admirers. There was laughter and music and tears and people traded Fritz Mondale stories for two solid hours without repeating an anecdote or running out of good things to say.

“You couldn’t have pulled that service off two weeks after his death, with all of the grief,” said Ted Mondale, who had been working on the memorial arrangements since his father’s death last April. “I wouldn’t change a word… There wasn’t any repetition, other than the core theme that he was a really great guy and people loved him.”

The Mondale family is planning to lay him to rest in Minneapolis’ Lakewood Cemetery, just like fellow Minnesota political icon Hubert H. Humphrey.