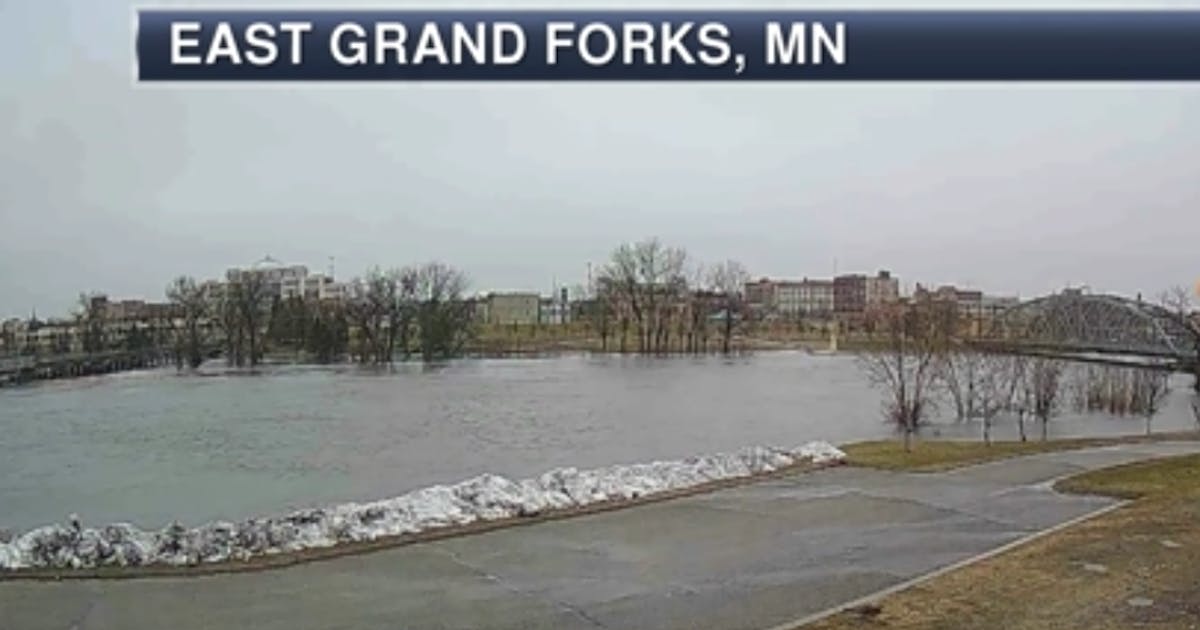 At least 50 members of the state’s National Guard were deployed Sunday to northwestern Minnesota to help local officials after Gov. Tim Walz declared a peacetime emergency in response to flash flooding on the Red Lake River in Polk County, specifically in the city of Crookston.

A heavy downpour and strong winds that began Saturday caused river levels to rise to just above 26 feet by midday Sunday, Crookston Police Chief Darin Selzler said. The city’s levee is certified to protect water levels up to 31 feet, he said.

Officials have not yet received reports of injuries or damages from flooding, nor have officials implemented voluntary evacuation operations, Selzler said. Several counties in the region have declared local emergencies and activated their emergency plans, according to Walz’s office.

Officials have access to all residents and neighborhoods in Crookston, though some traffic is being diverted to avoid roadways that are closed because of flooding, Selzler said.