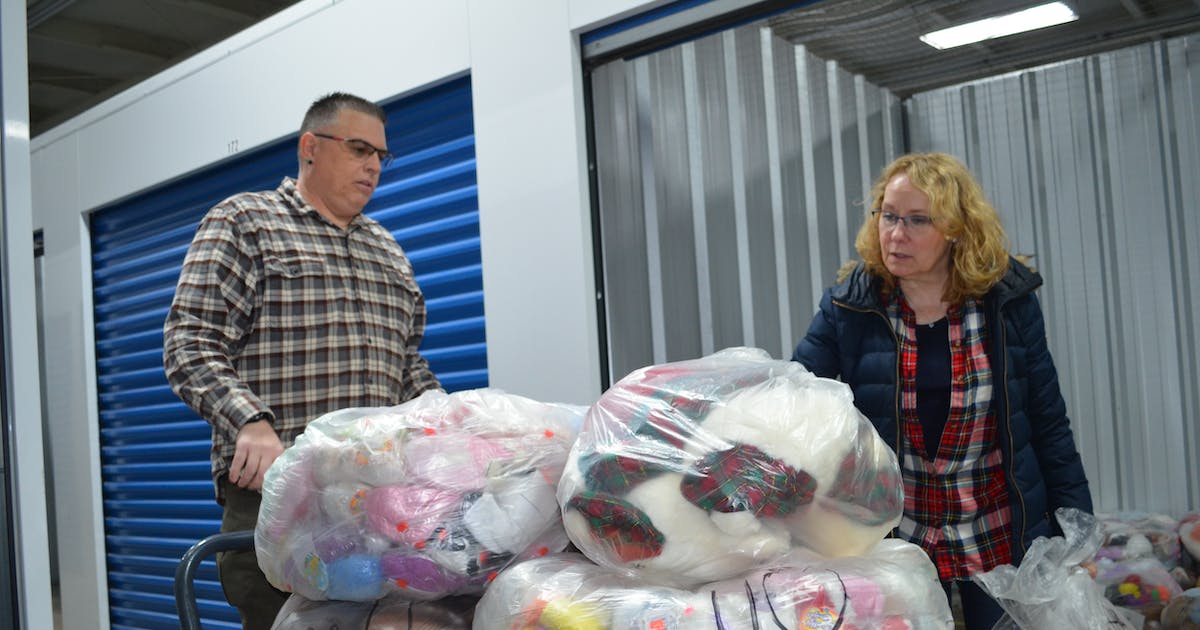 ROCHESTER – For more than a decade, Anthony Deveaux was eager to get his hands on as many stuffed animals as possible. His organization, Cuddlies for Kids, has donated more than 200,000 stuffed animals and toys over the past 14 years for children in crisis.

Then the pandemic hit, which forced first responders and medical centers to stop distributing the stuffed animals due to COVID regulations.

Deveaux found himself stuck with an unexpected storage bill due on March 31 and 15,000 stuffed animals to get rid of.

“I was just trying to figure out a way that I didn’t have to incinerate these or get rid of them,” he said. Deveaux put out a public call for help.

That’s when organizations from all over southeast Minnesota and Iowa volunteered to give the toys a new home.

Deveaux housed his inventory in storage units free of charge since he started acquiring stuffed animals. That changed at the beginning of 2022 when DeWayne Augeson, owner of All Climate Self Storage, sold his operation to another company. The new owners asked Deveaux to start paying for storage or remove the toys.

Deveaux and a handful of volunteers make up Cuddlies for Kids, which couldn’t afford to spend a few thousand dollars a year on storage costs.

Multiple churches, first-responders from Iowa and even local mascot Yammy Bear took in stuffed animals. The churches took close to 6,000 animals to use for aid packages and Christmas donations overseas. Yammy Bear, the alter ego of Rochester resident Charles Jackson, took about 5,000 stuffed animals, puzzles and toys to donate to organizations working with children.

“Basically it was a win-win for everyone,” Jackson said.

And Augeson, who didn’t realize the new company would charge Deveaux, offered to house Cuddlies for Kids’ inventory at another storage unit in Rochester.

Deveaux said he plans to keep about 4,000 stuffed animals in storage, significantly less than the stockpile he’s built up over the years thanks to family and friends. Laurie Fulgham, a volunteer with Cuddlies for Kids, said she was just thankful the group could continue to help children facing trauma.

“When you see that look on a child’s face when they get that toy, you know it’s just so important,” she said.