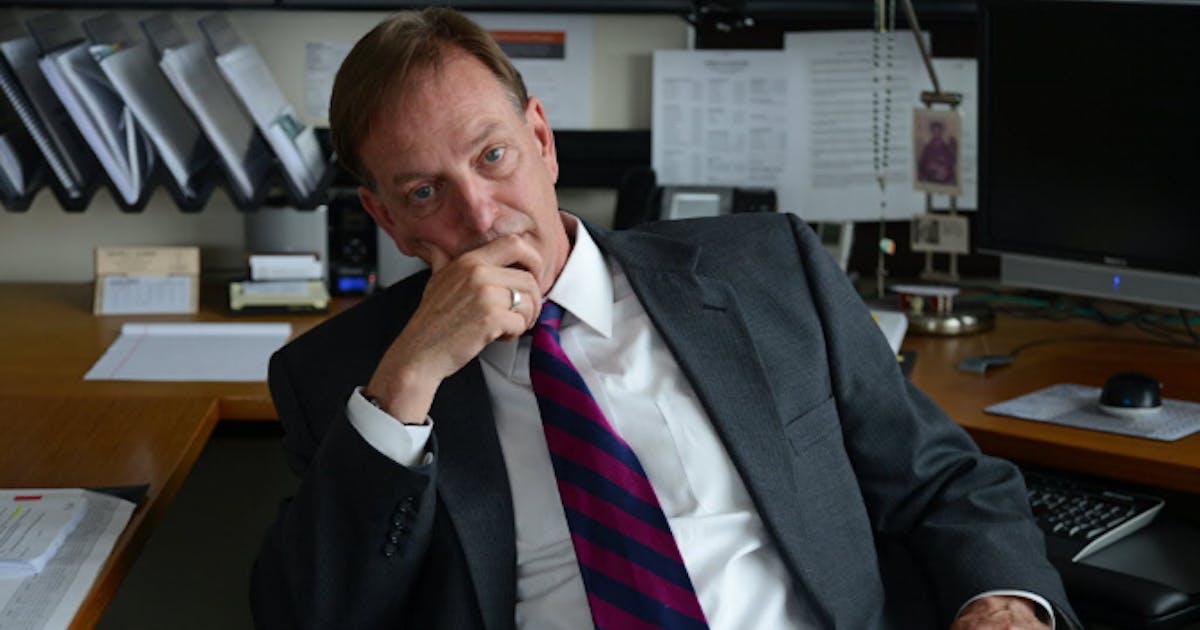 No further information was given, and officials said a statement would be released Monday by the county attorney’s office.

Orput announced in January that he would not seek re-election for a fourth term in office and planned to retire at the end of the year. That announcement came more than a year after he had been diagnosed with Parkinson’s disease.

“It’s sometimes thankless, but I think it’s just been the greatest opportunity of my life,” he said of his 11 years as county attorney.

A former Marine who served in Vietnam, Orput was a high school history teacher before entering the law. He worked for the Minnesota Attorney General’s Office, served as general counsel for the state Department of Corrections, and prosecuted violent crime for the Hennepin County Attorney’s Office.

After he was elected Washington County attorney in 2010, Orput gained a reputation for pursuing steep criminal charges against heroin dealers and charging them with third-degree murder in overdose deaths. He worked hard to get treatment for addicts who had fallen into the criminal justice system.

“I think we’re very compassionate with those who have become addicted,” he said, “but we’re less so with those who are feeding what’s still going on.”

Orput helped lead an effort in 2017 by county attorneys to sue the manufacturers and distributors of opium-based painkillers. The suit settled last year for more than $300 million — money intended to cover state, county and city costs in fighting the opioid epidemic.

He helped create the veterans courts in Hennepin and Washington counties. And Orput targeted human trafficking, saying it was far more common in Minnesota than most people realized. He was instrumental in the creation of the Minnesota Human Trafficking Task Force.

Orput was the special prosecutor in the case of Byron Smith, the Little Falls man convicted in 2014 of fatally shooting two unarmed teens who had broken into his home on Thanksgiving Day 2012.

Last year, Orput was targeted by activists who wanted him to toughen the criminal charges against former Brooklyn Center police officer Kimberly Potter in the shooting death of Daunte Wright. Orput was originally assigned the Hennepin County case under a system enacted by metro-area county attorneys that sought to eliminate the appearance of bias in the prosecution of police shootings.

He eventually returned the case and a key staffer in his office resigned, citing the vitriol surrounding Potter’s prosecution. Potter received a two-year sentence in February after she was convicted of first- and second-degree manslaughter.

Orput said in January that the stress of the job had become more of a concern since he had been fighting Parkinson’s, and that the COVID-19 pandemic had added significantly to the backlog of cases his office was handling, triggering more stress. He said he planned to spend some of his retirement volunteering.

“You know when you need to leave,” he said.