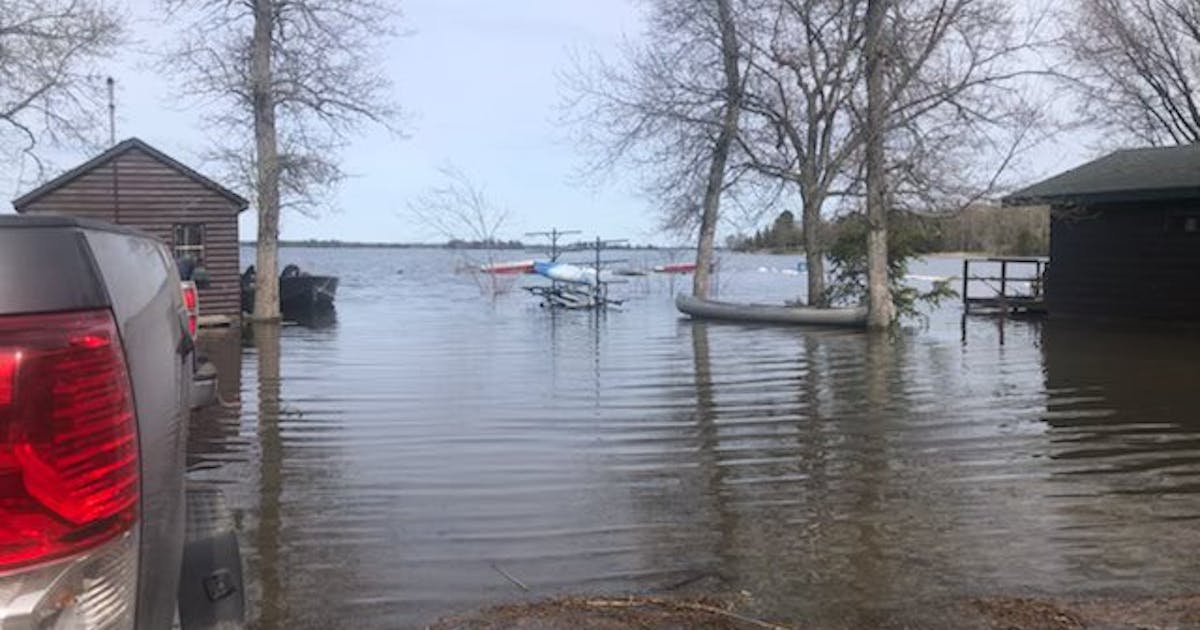 A peacetime emergency was declared at the request of officials in both St. Louis and Koochiching counties. The National Guard will offer logistics and flood-protection support.

“As severe weather pushes flooding beyond historic highs, I’m incredibly grateful that the members of our National Guard have again raised their hands to help their neighbors,” Walz said in a news release. “I’ve seen firsthand the impact flooding is having on our farmers and communities, and we will ensure that our fellow Minnesotans continue to receive the support they need.”

Beginning April 22, heavy spring rains fell on frozen lakes and terrain throughout the area’s Rainy River Basin, and continuing rain and rapid snowmelt caused significant flooding throughout the region, washing out roads and endangering lakefront properties on Lake Kabetogama, among others. More rain is forecast, which is expected to push many lake and river levels beyond historic highs from 2014 and 1950.

Jennifer and Gordon Gelo own Sandy Point Lodge and Resort on the western edge of Lake Kabetogama. Jennifer Gelo said the property of several log buildings is completely surrounded by water and sandbags.

“We can’t keep up; the water is too high,” she said Thursday, noting flooding has become worse than what they experienced in 2014. “I’m so happy the governor [activated the Guard.] I really believe this is going to make a difference.”