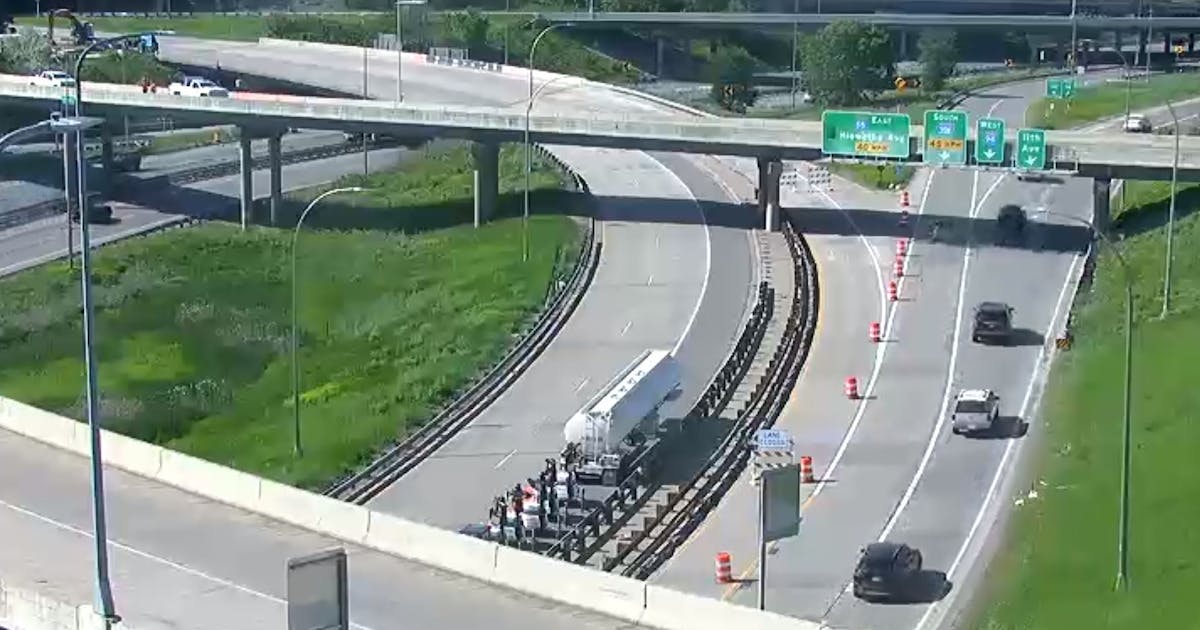 More than 100,000 drivers use Interstate 35W between downtown Minneapolis and Roseville each day, according to state traffic counts. This weekend all of them will be detoured.

The Minnesota Department of Transportation will shut down both directions of the freeway between I-94 and Hwy. 280 from Friday night to Monday morning to allow crews to take down overpasses at 7th and 8th streets on the east end of downtown.

“The bridges have reached their life span and we all know the concerns we have about bridges,” said MnDOT spokesman Kevin Walker.

Lanes will be shut down from 10 p.m. Friday to 5 a.m. Monday and motorists will be detoured via I-94 and Hwy. 280. Ramps leading to eastbound/southbound Hiawatha Avenue also will be closed.

Additionally, the ramp from westbound I-94 to 7th Street will be closed Sunday only, MnDOT said.

In the south metro, motorists will not be able to use southbound Cedar Avenue — also signed as Hwy. 77 — between I-494 and Hwy. 13 from Bloomington to Eagan from 9 p.m. Friday to 5 a.m. Monday. Cedar Avenue north of Hwy. 62 in south Minneapolis also remains closed.

In Woodbury, southbound I-494 will be shut down between I-94 and Lake Road from 9 p.m. Friday to 5 a.m. Monday for concrete repairs. After it reopens, the freeway will be reduced to two lanes in the same area from 5 a.m. to 9 p.m. daily through June 15, MnDOT said.

Traffic snarls could also develop on Hwy. 36 as resurfacing projects continue. The highway will be down to one westbound lane until 5 a.m. Monday between English Street and White Bear Avenue through Little Canada and Maplewood. Farther to the east, all eastbound lanes between Hwy. 61 and I-694 will be shut down from 9 p.m. Friday until 5 a.m. Monday, MnDOT said

Other construction that willaffect travel over the weekend include lane closures on Hwy. 10 through Anoka and the ongoing work and closures on Hwy. 55 between Mendota Heights Road and Hwy. 13. The westbound Mendota Bridge also remains closed.

Starting at 7 p.m. Friday until 4 a.m. Monday, shuttle buses also will substitute for Blue Line trains between U.S. Bank Stadium and Franklin Avenue and for Green Line trains from the stadium to Stadium Village at the University of Minnesota, Metro Transit said.