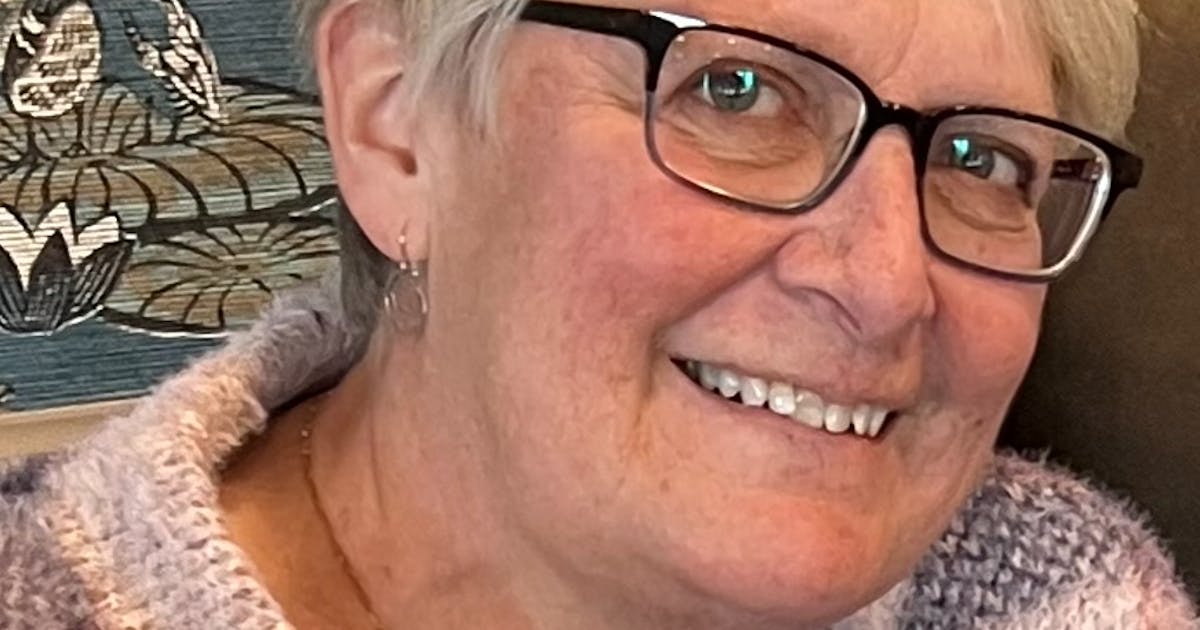 As a kid, Kathy Hensgens Olson crossed Linden Hills like a daredevil — climbing trees, darting into woods and capsizing canoes on purpose on Lake Harriet.

As an adult, she’d hone that energy, bounding up Norwest Bank’s corporate ladder and breaking protocol to get tough jobs done. She started as a Norwest teller in Uptown and ended 40 years later as Wells Fargo’s senior vice president and technology manager, in charge of 500 workers.

“She was a badass,” said daughter Kaitlyn, who lost her mother to colon cancer on April 7. Olson was 61.

“She was one terrific lady. Funny. Smart, witty and caring. Tough and fair,” said friend Marilyn Bix, who hired Olson as a teller long ago.

The daughter of a Dutch immigrant and the oldest of four kids, Olson embraced the ideals of sacrifice and hard work. As a youngster, she lived in the basement of her grandmother’s home. Her mom worked nights at the phone company, putting Olson’s dad through pharmacy school. He then worked three pharmacy jobs to put his wife through college. Then they bought their own home.

Growing up, Olson sold newspapers, popcorn and Wuollet’s baked goods, and she answered phones at the Prairie Motel. By her senior year at Regina Catholic High School, she was enrolled both there and the University of Minnesota’s Institute of Technology.

At 17 she joined Norwest Bank, putting herself through college. Through dinners, barbecues and job promotions, the young professional melded her cohorts from grade school, college, bank and family.

“She was really good about being inclusive,” said her sister Marguerite Cutchey.

She met her husband, Chris, while skiing at Lutsen. Chris’ brother was engaged to Kathy’s sister, Emily, and the two families met. During a ski break, Kathy surprised Chris with a beer. He jokingly asked her to marry him. She quipped, “Yes.” The real proposal came a year later, and the couple settled in Bloomington. Kaitlyn was born two years later..

Charged with building Norwest’s national call center in Bloomington, Olson insisted new workers do the unheard of: field calls from home or chop up hours when they needed to care for kids. She silenced critics and took chances on people, putting one outstanding worker in charge of training and another in charge of H.R., despite a lack of credentials. They flourished.

“She took a risk on me, and that made me trust her even more,” said Sharon McCotter the former teller made HR chief. Olson quietly guided McCotter early on but sometimes corrected missteps publicly.

“She just told it like it was,” Chris Olson said. “But everything she did was about being a mentor for people coming into the bank and into technology. [Caretaking] was a big thing for her.”

Before Olson’s father died six years ago, she promised to care for her ailing mom in his stead.

“Kathy became the matriarch of the family, taking care of everyone,” Cutchey said. Even when dying herself, Olson endured grueling treatments and “did every thing in her power to last” because she felt her responsibilities acutely.

With weeks left to live, she finally entrusted her mom’s care to her sister. With that worry gone, Olson died, one day after her daughter’s birthday and on the same date her father passed.

Olson leaves behind Chris and Kaitlyn; her mother, Kay; sisters Marguerite and Emily; and brother Nicolas. Services have been held.