What are Minnesota's most exported products? 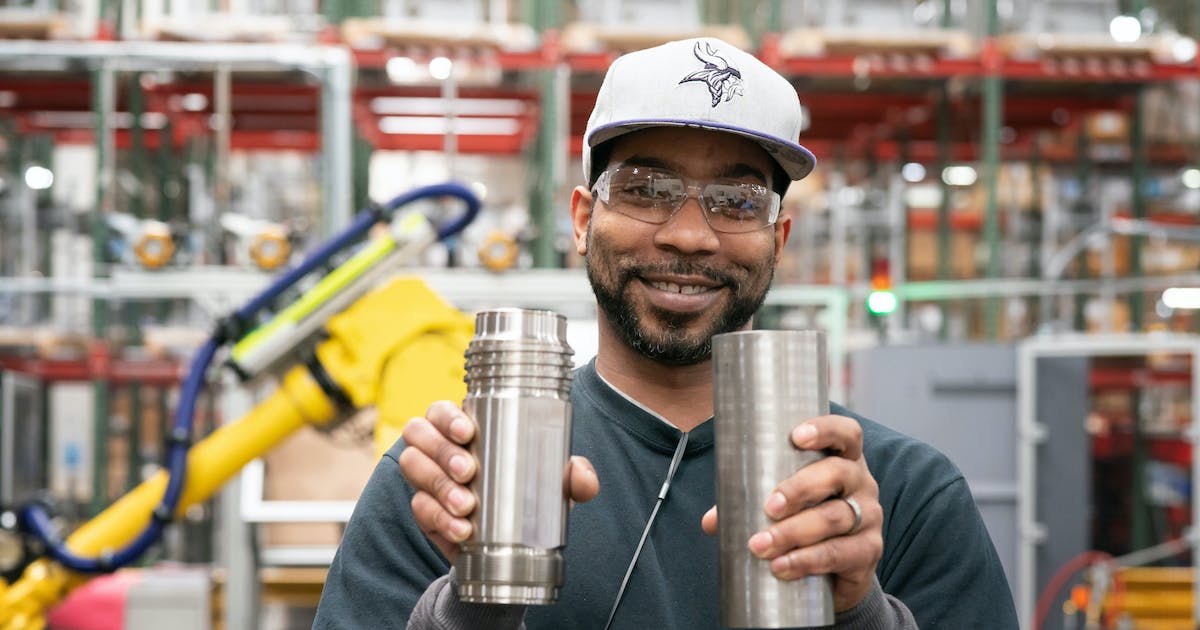 Maine ships lobsters to other parts of the world. Florida does the same with oranges. And Texas exports oil.

So what about Minnesota?

“What kind of things do we manufacture here that other parts of the world might be interested in?” Sharon Carlson asked Curious Minnesota, the Star Tribune’s reporting project based on reader questions about the state.

The Andover resident (and Curious Minnesota superfan) had an inkling that Minnesota’s soybeans may be one of its main exports. And perhaps computer parts and lumber, too. She wondered if her hunches were right, and what else might be on the list of Minnesota-made products sent to other countries.

Minnesota doesn’t have one dominant product or category of exports. Rather, it is an eclectic exporter of many different things including snowmobiles, hearing aids, spraying equipment, plastics, pork, aircraft, filters, petroleum oils and fuels, iron ore, and yes, soybeans and corn.

An array of products

Machinery was the the largest category of state exports in 2021, according to DEED’s analysis of U.S. Census Bureau data. That includes machines for making semiconductors as well as centrifuges, filters, spraying equipment and pumping equipment.

The Census Bureau does not identify specific firms that produce those exports. But some prominent Minnesota companies in those spaces include Minneapolis-based Graco, which makes paint sprayers, industrial pumping systems and foam sprayers used to insulate homes and offices, and Bloomington-based Donaldson, which is a global manufacturer of filtration systems.

The second-largest category for state exports was medical products. Minnesota has a big medical device industry and is sometimes referred to as “Medical Alley.” Companies such as Medtronic, Boston Scientific and Abbott Laboratories are among the firms with a large presence in the state.

Top exported products in this area include surgical and medical instruments such as needles, catheters and diagnostic equipment, according to Ho-Kim. Hearing aids, pacemakers, stents, artificial heart valves and prosthetics are also on the list.

Rounding out the top three export categories is electrical equipment, which includes integrated circuits and telecommunications equipment. That is followed by mineral fuels/oils and plastics.

Vehicles are the sixth-largest category — but not because of traditional cars and trucks. Rather, it’s because of small vehicles like snowmobiles and ATVs, made by companies such as Polaris and Arctic Cat.

Also among the top 10 is aircraft, according to DEED. Cirrus Aircraft, which manufactures personal planes, has its headquarters in Duluth.

What about food-related exports? Minnesota is a big food producing state because of companies like General Mills, Cargill and Hormel. But how food ranks in terms of the top state’s exports is a bit up for debate.

“Soybeans produced here and soybeans grown in Iowa, for example, get combined in one shipment and it’s harder to identify” where they came from and which state should get the credit for it, said Ho-Kim.

Given that challenge, food byproducts, meat and grains show up more toward the middle and lower part of the top 15 exports list.

The U.S. Department of Agriculture uses a different methodology to estimate agricultural exports and attributes a much higher value to them.

According to USDA figures, Minnesota was the fourth-largest exporter in the U.S. of agricultural and related food products in 2020 with an overall value of $7.2 billion. The biggest contributors were soybeans, pork, corn, and animal feed and feed grains.

Of course, Minnesota is also the home of Spam. Hormel makes the canned pork product in Austin, Minn., which is then exported to places including Canada, Latin America and some parts of Asia, according to a company spokesman.

Also making DEED’s top 15 list is iron ore, which is mostly sold to Canada, and lumber in the form of wood pulp, a large portion of which heads to Indonesia.

Carlson also asked specifically about N95 masks. She knew that Maplewood-based 3M is a big producer of those products that have been in very high demand during the pandemic.

A 3M spokesman said that most of the N95 masks the company makes in the U.S. are manufactured in South Dakota and Nebraska. It also has factories in other countries.

3M makes other familiar products in Minnesota that are exported, however. That includes its trademark Scotch tape — both transparent tape and blue painter’s tape — as well as Filtrete filters, Nexcare bandages and tapes, and Post-it Flags. The company also makes some of those products in other factories around the world.

Where does it go?

In 2021, Minnesota ranked 22nd among U.S. states in terms of the amount of its exports, according to DEED. That is similar to how Minnesota’s population ranks against other states.

“It never really changes too much,” she said. “We’re very steady in what we produce.”

During the pandemic, for example, some states saw a bigger drop in exports, while Minnesota had a more modest decline of 10% in 2020. Exports then rebounded last year, surpassing pre-pandemic levels, according to DEED.

That’s followed by China with 11% and Mexico with 10%. The next biggest markets are Japan, South Korea and Germany.

Many people are surprised to see Belgium in the top 10 markets for Minnesota, and in some years as high as No. 5. Gerbaud was, too, when she first started in her role. But she quickly found out why.

“It’s not that Belgium imports everything” itself, she said. “It’s just that the biggest port of entry in the [European Union] is Antwerp. And companies have big warehouses there. So they import into the EU through Belgium. And then from there, they send it all over Europe.”

Gerbaud added a caveat that most of this data doesn’t take into account another big source of exports: services.

“Those are very difficult to measure,” she said.

But that is a significant source of exports, too. In 2020, DEED estimates that Minnesota exported $12 billion in services. That includes services provided by consultants, lawyers, party planners, engineers and educational providers.

Why do so many Fortune 500 companies call Minnesota home?

Are Minnesota’s health care costs really the highest in the nation?

How many Minn. breweries existed before the microbrewery boom?

Why doesn’t Minnesota charge a sales tax on clothing?

The Jolly Green Giant has moved on from Minnesota. So who is maintaining his iconic billboard?

Kavita Kumar writes about the economy, technology, and financial services for the Star Tribune. She previously covered retail, including Target, Best Buy, and Mall of America. She was a Knight-Bagehot fellow in economics and business journalism at Columbia University from 2018-2019 and has also worked at the St. Louis Post-Dispatch.