What do residents want in the next Minneapolis police chief? Integrity, public safety, accountability 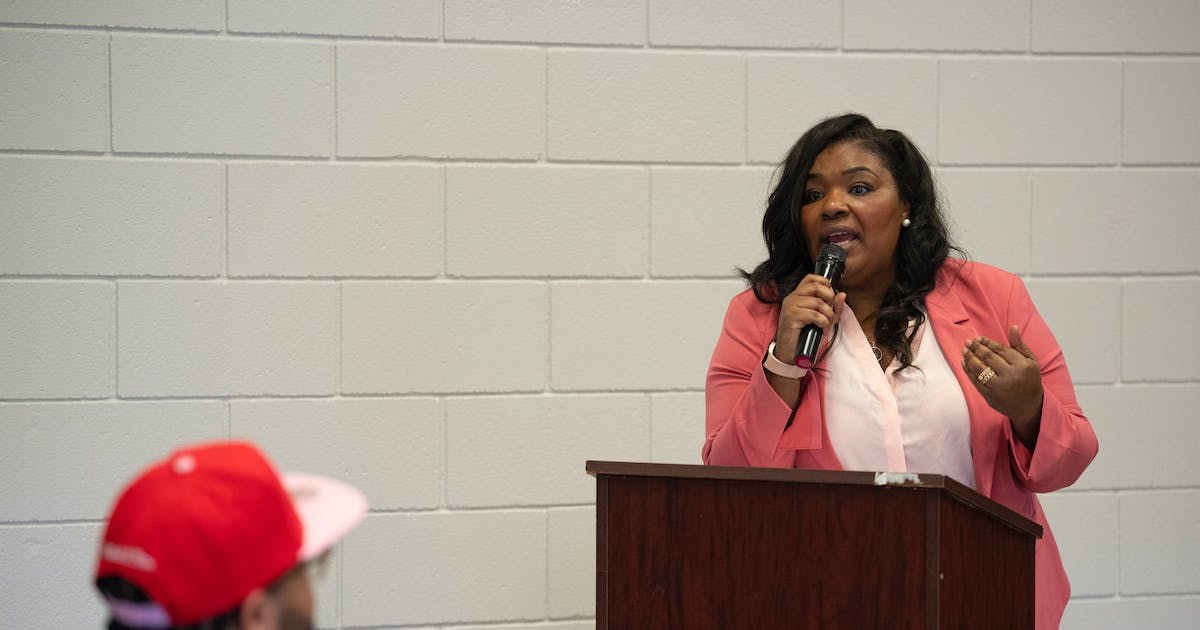 Residents of Minneapolis want a police chief who is loyal to them — not just City Hall.

They want a leader who understands the conflicting demands of the moment, capable of banishing racism and brutality from the ranks of the police department, but also able to rein in rampant gun violence on the streets.

Many believe that only an outsider can achieve structural change. “The culture is so flawed right now that we need a fresh start, a fresh set of eyes,” said Cathy Fuller, of Kingfield neighborhood.

Others don’t care where the person comes from — as long as the candidate has a proven record of integrity, honesty and accountability.

Over the past three weeks, hundreds from across the city attended five public meetings hosted by a search committee tasked with learning what Minneapolis residents want in their next chief. The panel, selected by Mayor Jacob Frey and led by City Council Member LaTrisha Vetaw, says it will analyze this public input to help draft the job listing. The exhaustive search will end with Frey selecting a candidate, who must be approved by the City Council, in what the mayor says will be “one of the most consequential hires we ever make.”

The public meetings reflected widespread dissatisfaction over the current state of the police department and a desire for a leader who can carry the city into a new era. Many pointed to the killing of George Floyd, assaults on protesters and findings of a pattern of racial discrimination in a recent state human rights report as evidence that the priority for the next chief must be departmental transformation.

Others lamented that the push for officer accountability has overshadowed a generational peak in violent crime, and say that the focus should be on building back staffing and allowing officers to do their jobs.

Some questioned the integrity of the search process. In a meeting in Powderhorn Park, where two years ago Minneapolis City Council members pledged to replace the department, one participant requested financial disclosures of the search committee members.

“I don’t want the mayor’s friend to sneak in,” said Linden Gawboy, at a separate meeting in Elliot Park.

Vetaw, who represents the North Side’s Fourth Ward, said she expects the hiring process will take until at least July. She vowed to ensure community input gathered at these meetings and in written submissions will play a meaningful role in guiding the search.

“I see this as one of the most important things I’m going to do in my adult life,” she told a group in Folwell Park. “I feel indebted to Minneapolis to get this right.”

Hours after the Minnesota Department of Human Rights released its findings of race-based policing on April 27, dozens gathered in Logan Park to condemn the behavior described in the report. Many called the findings proof of systemic misconduct, which is why they said the next police leader must be willing to take a clearer public stance denouncing officers’ wrongdoing.

“I want to know a police chief who can look at that, step back and say ‘this is disgusting,'” said Amity Foster.

Longtime north Minneapolis resident Jeanne Harris advocated for hiring a person with “strong moral integrity — one who realizes that all people have a right to life,” and prioritizes recruiting officers who treat Black citizens with dignity and respect. She believes civilians should be more involved in the screening process to help root out bias.

“We’re tired of cops getting out of their car with their guns drawn on a simple traffic stop for expired tabs,” said Harris, who is Black. “We can’t keep going down the same road.”

“It’s a new day,” she declared, to rousing applause.

John Pournoor, of Bryn Mawr, told the panel that the chief needs to foster a “guardian” mentality — not a “warrior” one. He wants a candidate who is data driven, because “if we don’t measure things, we can’t improve things.”

Pournoor said more accountability means transparency on officer discipline, lamenting that the city currently handles most officer misconduct with a practice known as “coaching,” in which all records remain sealed from public view.

At the Powderhorn meeting, Nathan Roberts said the new chief must be better equipped at holding officers accountable and fighting the police union. Roberts said former Chief Medaria Arradondo “lied and centered himself as a reformer in the debate on whether to keep the police,” referring to a ballot initiative to replace the police department last year. “He left immediately after he saved the police officers.”

Roberts called it “alarming” that other speakers talked about the need for more crime prevention, “and not realizing that the biggest threat to our public safety is the people working in the police department right now.”

Some disagreed with Roberts’ sentiment, and many shared personal stories of the impact of the crime surge.

Last summer, Verlynn Schmalle said, two cars were stolen from his home, making him among the thousands of auto theft victims in Minneapolis in 2021. Schmalle produced police statistics showing only a handful of those led to arrests in the Third Precinct, where he lives.

“The flip side of the over-policing in some neighborhoods has been the intentional under-policing of the Third Precinct,” he said, and a good chief “must achieve equity without abandoning enforcement.”

The friction between public safety priorities led to tense exchanges. In the Powderhorn meeting, Vetaw spoke about violent crime in her neighborhood. “You hear gunshots and you see a family member of a person you know who has been killed,” she said. “So we have to address that too.”

“And how many people the cops have killed!” interrupted a white crowd member.

“You can’t be scared to make the right decision,” Flowers, who has sued police over brutality, told the search committee. “I’m concerned that we are dying. People say they’re out there fighting, talking about Black Lives Matter, but when it’s our people dying nobody says nothing. So I’m going to keep fighting for my people.”

Others said they wanted a chief who will empower good officers, saying city leaders have not supported the rank-and-file who have stuck around over the past two years.

“I want to live in a city where no one walks the streets in fear, where both residents and police can go safely home to their families,” said Britta Iwen, choking up in front of the crowd.

“We’ll be lucky to find someone who wants the job,” said Ben Auckenthaler.

Others urged the search committee to seek out a reform-minded candidate with a demonstrated ability to mend community relations from other police agencies, instead of waiting for applications to trickle in.

“I’m very concerned that we’re not going to find this ‘unicorn’ to come and lead us,” said Julie Wicklund, of south Minneapolis.

Vetaw assured residents crowded in a Kingfield gymnasium that the city’s consent decree is not a secret and, she hopes, a strong leader might welcome the challenge. “I believe there’s somebody out there,” she said.

The final listening session and written comment period ended on May 3.

In coming weeks, Vetaw and the search committee will analyze the public comments and create a position profile, which California-based firm Public Sector Search & Consulting Inc. will use to draft an official job posting and recruit candidates. The firm will interview candidates and send final candidates to Frey.

Who’s on the search committee?