Where's the snow? Rockies winter starts with a whimper 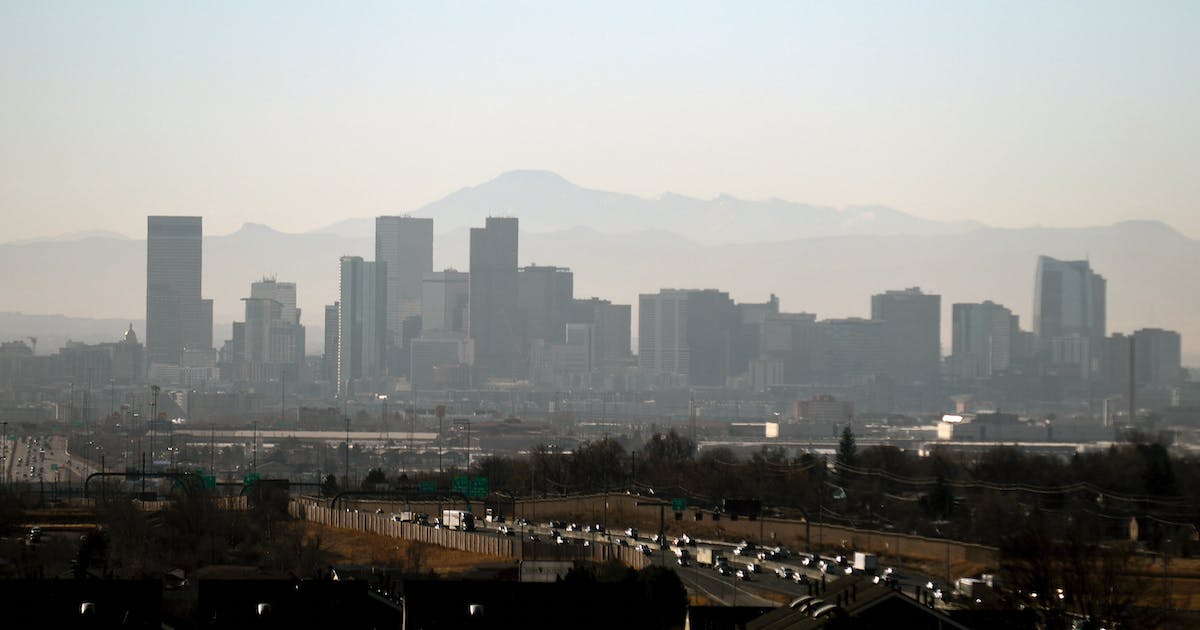 DENVER — Denver’s winter has started with a whimper, and the parched mountains to the west aren’t faring much better.

The Mile High City has already shattered its 87-year-old record for the latest measurable snowfall set on Nov. 21, 1934, and it’s a little more than a week away from breaking an 1887 record of 235 consecutive days without snow.

The scenario is playing out across much of the Rocky Mountains, as far north as Montana and in the broader Western United States, which is experiencing a megadrought that studies link to human-caused climate change. It’s only the second time since 1976 that Salt Lake City has gone snowless through November, and amid the unseasonably warm weather in Montana, a late-season wildfire fueled by strong winds ripped through a tiny central Montana farming town this week.

The warm and dry weather has drawn crowds to restaurant and bar patios in Denver, and the city’s parks and trails have been bustling with people basking in the sunshine in shorts, short sleeves and occasionally flip flops.

As enjoyable as the weather is, climate scientists and meteorologists are warning that prolonged drought could threaten the region’s water supply and agriculture industry. It also could hurt tourism, which relies heavily on skiers, snowboarders, rafters and anglers.

“Every day that goes by that we don’t see precipitation show up and we see this year-to-year persistence of drought conditions, it just adds to a deficit. And we continue to add to this deficit year after year, particularly in the Colorado River Basin,” said Keith Musselman, a hydrologist at the University of Colorado-Boulder.

Derek Greenough moved to Denver a few months ago and immediately bought a snowboard with the hope of soon hitting the slopes. But on Wednesday, he was enjoying the warm weather in a city park.

“I’m from central New York so I expected it to be somewhat like there, which they have about 5 feet of snow right now,” said Greenough, 27, who was wearing a tank top and exercise shorts. “Today I figured that on the first day of December it would be snowing, at least something, but here we are. It’s a nice day. … I don’t think I’ll be snowboarding anytime soon.”

Denver’s high Wednesday hit 73 degrees Fahrenheit (23 degrees Celsius), tying the record set in 1973. The National Weather Service is predicting similar conditions over the weekend with only a slight chance of snow at the beginning of next week.

Frank Cooper, a meteorologist for the National Weather Service in Boulder, Colorado, said a La Nina weather pattern is pushing storm tracks farther north into the Pacific Northwest and Canada, allowing highs in the Denver area to reach into the 70s.

“Basically, we haven’t had any systems really able to get into the area to cool us off,” he said, noting that the average high in Denver this time of year is 45 degrees Fahrenheit (7 degrees Celsius).

Musselman likens mountain snowpack to a natural reservoir that holds moisture during the winter months and releases it in the spring and summer when demand from trees, plants, animals and humans is greater.

“That natural reservoir is being affected by climate change, and warming is reducing the amount of snow that’s occurring in the mountains,” he said.

The lack of snow in northern Utah is a rarity but the record for the latest snowfall — set twice on Christmas Day in 1939 and 1943 — is likely to stand with snow expected sometime late next week, National Weather Service meteorologist David Church said.

The mountains near Salt Lake City that are home to several ski resorts had a good start to the season when a wet October that dropped rain in the valley made snow in the mountains, but that’s slowed in November. Several resorts, including Powder Mountain and Snowbasin near Ogden, have delayed opening because of the weather.

With most of Utah stuck in an extreme drought, a wet winter is more important than just making sure skiers have good runs.

“We need a good winter for snowpack out here, so hopefully we can turn the corner as we head into December and January,” Church said.

The lack of snow has also led to a mild inversion in the Salt Lake City area, a phenomenon in Utah’s urban corridor caused by weather and geography when cold, stagnant air settles in the bowl-shaped mountain basins, trapping automotive and other emissions and creating a brown, murky haze. Storms break up those inversions.

In western Wyoming, Jackson Hole Mountain Resort opened on Thanksgiving, using manmade snow on a handful of low-elevation runs and in an area for children and other inexperienced skiers.

Resort spokesman Eric Seymour said, “we’re not sounding the alarm yet,” and he is keeping his fingers crossed that snow forecast for this weekend will allow the upper mountain to open.

That has been the attitude at most Rockies ski resorts, which recognize that the season is just getting underway and that all hope is not lost. Even so, one popular Colorado ski town isn’t leaving anything to chance.

With such a dearth of skiable terrain open at resorts across the state, Breckenridge is set to hold an annual festival downtown to honor Ullr, the Norse God of Snow and the Patron Saint of Skiers.

Lauren Swanson, a spokeswoman for Breckenridge’s tourism office, described the four-day festival starting Dec. 9 as “a town-wide snow dance,” parade and party to thank Ullr for bountiful snow and to ask him to bring more.

“We’re hopeful that our snow dances and all of our celebrations will inspire Ullr to bless us with a big storm soon. That’s what this is all about. If the snow is not here, we’ll bring it with our energy,” she said. “I believe in it. I do think it works.”

The Associated Press receives support from the Walton Family Foundation for coverage of water and environmental policy. The AP is solely responsible for all content. For all of AP’s environmental coverage, visit https://apnews.com/hub/environment.

This story has been updated to correct that Deer Valley did not delay its opening this season. The ski resort opened Dec. 4 as planned.