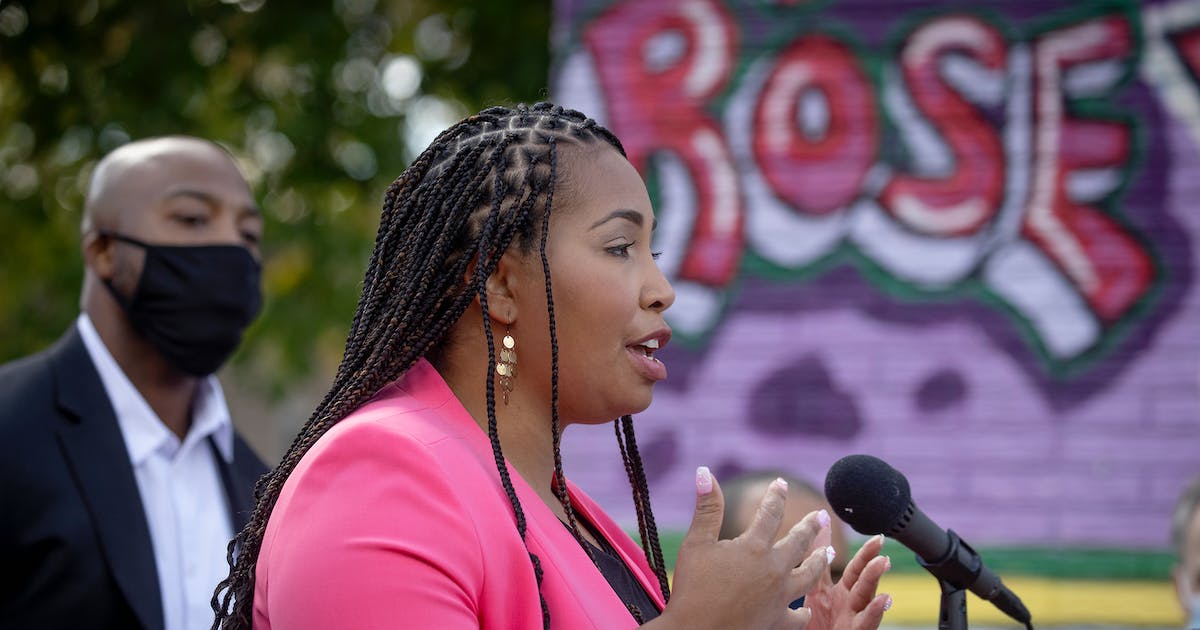 A White House-backed coalition is offering support to violence prevention programs in Minneapolis as the city seeks to transform its approach to public safety after George Floyd’s murder.

“We’re not coming here to build a new program or a new organization but to really make a strategic investment,” said Aqeela Sherrills, a senior adviser for the White House Community Violence Intervention Collaborative.

The collaborative, formed in the summer of 2021, describes itself as a “cohort of 16 jurisdictions committed to using American Rescue Plan funding or other public funding to scale and strengthen” programs aimed at reducing violence.

Sherrills said the collaborative has an “unprecedented investment” of roughly $8 million to give out in support of violence prevention programs, many of which have been run for decades by Black and brown people who were already doing such work in the community but often lacked support from the government.

It’s too early to tell how much of the money will go to programs in Minneapolis vs. others cities. Sherrills said some of the money will cover “micro-grants” given to groups doing the work and some will go to national experts who can provide those groups with training and technical assistance as they’re forming or expanding.

Sherrills spoke at an event Thursday afternoon in East Phillips, where he appeared alongside Mayor Jacob Frey, Office of Violence Prevention Director Sasha Cotton and others doing work aimed at reducing violence in the city. His visit came less than a week before Frey is set to unveil his proposal for how the city should use its remaining $43 million in American Rescue Plan funding.

“Needless to say, violence prevention will be a very important and critical part of it,” the mayor said, though he stopped short of putting a specific dollar figure on it just yet.

The Office of Violence Prevention had a roughly $11.3 million budget for 2021 and spent about $7.8 million of that. The bulk of that money — nearly 80% of it — covered contracts with local organizations already doing violence prevention work in the community. Some boosted youth programs. Others sought to provide support services to victims of violent crime. And some received technical support and training to help them grow and expand.

“I think it’s important for people to know that we’re really thinking about our work strategically,” Cotton said in an interview, noting that the office tries to fund a mixture of evidence-based programs that have been tested elsewhere and newer programs that might be innovating locally. “We believe in funding the brilliance of Minneapolis. We want to invest in Minneapolis programs and ideas.”

The city’s Office of Violence Prevention said “nearly all of” the remaining $3.5 million from its 2021 budget is earmarked for specific projects and will still be spent; the bulk of that funding came from grants that allow the money to be spent over the course of multiple years, according to a statement from the city.

“We know that this work has to grow,” said Cotton at Thursday’s gathering, noting that the office formed in 2019. “It’s still in its toddler phase.”

Frey is expected to provide more details about his proposal for American Rescue Plan funding in a State of the City address scheduled for Wednesday. City Council members will then have a chance to offer their own suggestions in the coming weeks.