Why are there so many stucco homes in the Twin Cities? 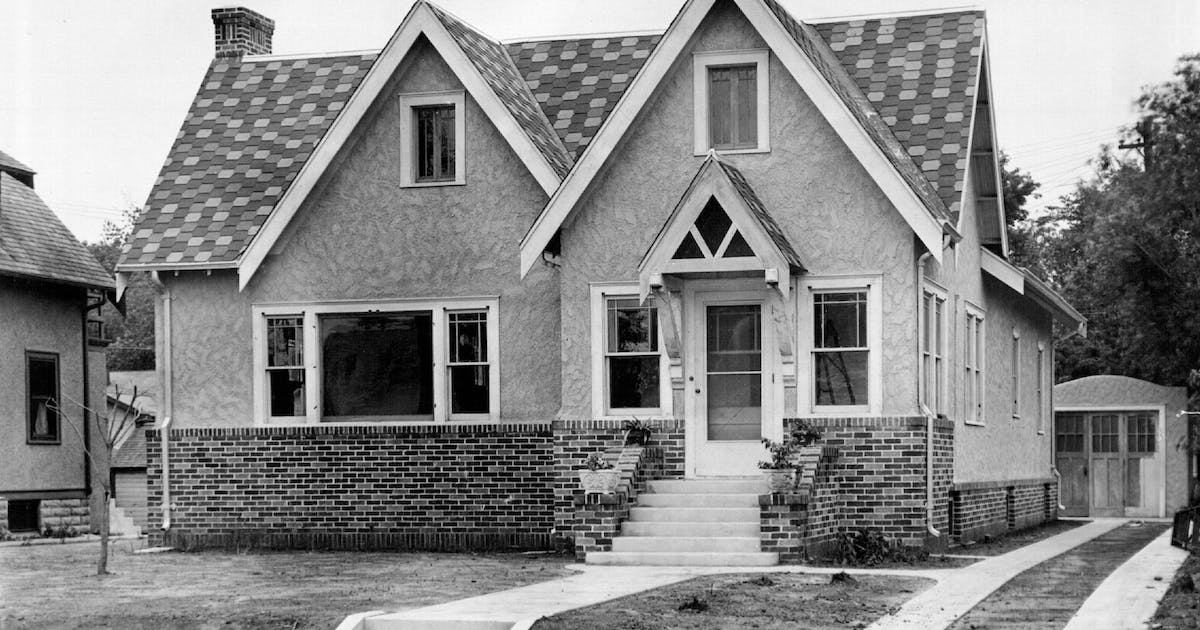 When Bill Holmes moved to the metro area in 2009, he noticed an abundance of stucco homes.

“I grew up in Warroad. Not a lot of homes there have stucco. So when I moved here some years ago, it just stood out to me,” said Holmes, who now lives in south Minneapolis. “It seems so prevalent, especially in homes of a certain age.”

The observation led him to submit a question to Curious Minnesota, the Star Tribune’s reader-powered reporting project. He asked: Why is stucco a prominent exterior in older homes in the Twin Cities?

Holmes’ instincts are correct. The Twin Cities metro has a larger number of stucco homes than elsewhere in the region.

“No other Midwestern [cities] that I know of have such a love for stucco,” said Steve Pedracine, former executive director of the Minnesota Lath and Plaster Bureau trade association.

One of the principal reasons for stucco’s prominence is a long history of local tradespeople specializing in it, Pedracine said. That’s reflected in the fact that the Minnesota Lath and Plaster Bureau, established in 1953, is the only trade group of its kind in the Midwest.

Portland cement, a main ingredient of stucco, was introduced in 1871. A huge improvement in workability, quality and durability over other cements, the product became widely available at the turn of the century. Thus began a stucco sea change that continued through the late teens and early 1920s, before the material’s popularity peaked in the United States around World War II.

Pedacrine said stucco’s success was in part due to a history of Scandinavian and Eastern European immigrants skilled in plasterwork who settled in Minnesota. Plastering was historically common for interior walls and local plasterers were ready to embrace stucco as an exterior cladding material when it became more common in the U.S.

“In Europe, it’s [called] ornamental plastering,” Pedacrine said. “It goes back to immigration and people that came over in the 1900s that brought their skills and crafts with them.”

Local tradespeople would also travel to parts of the United States and Europe and — after observing that stucco siding held up as well as it was being touted — return to Minnesota to heavily promote it.

“The reality is that traditions run deep. There are a lot of plastering contractors [and] families that go back many generations in the Twin Cities,” Pedacrine said. “Some of the local names people might recognize are Minuti, Donnelly, Conrad, Conroy and Brisson.”

Stucco homes in Minnesota date back as far as the late 1800s. Examples include the Strauss House in Hastings built in 1875, known for its late Victorian architecture in the Greek Revival style. Popularity for the Revival style of architecture continued to increase through the 1930s and 1940s, Pedacrine added.

“Some of the best examples of stucco in its early use in the Twin Cities can be seen on Summit Avenue in St. Paul,” he said. “In both Minneapolis and St. Paul … stucco has been a mainstay for over a century.”

Stucco’s time in the spotlight started to decrease after WWII. With the postwar building boom underway, rambler and ranch-style homes started to spring up, and drywall began to replace plaster for interiors. Interest in plasterwork waned as a result, including the use of stucco as an exterior material.

Stucco never completely went away, however. “As families branched out to the suburbs, stucco was used in newer builds,” said Dave Moore, owner of Andover-based DW Moore Stucco. “People moving out of their parents’ residence and building a new home wanted stucco because it was such good material.”

It was the most common exterior material used on new single-family home builds across the country in 2020, according to the U.S. Census Bureau. The share of new homes clad with stucco — 27% — is the highest it’s been since at least 1973.

But that was largely driven by its popularity in the South and Western states. Few stucco homes were built in the Midwest, where vinyl siding is by far the preferred siding material.

From an environmental perspective, stucco-clad homes can save on energy costs, serving as an effective barrier from brisk winds during the winter while creating a cooling effect in the summer. Stucco’s reputation as noncombustible, weather-resistant and impact-resistant are also reasons for a renewed interest in stucco, said Lance Smith, co-owner of Minneapolis-based Smith Cole Stucco & Stone.

Stucco has recovered from a bad reputation during the late 1980s to the early 2000s, when it was blamed for water and moisture seeping into homes. Improperly installed windows and flashing were the main culprit for those problems, however, and Moore said those issues have largely been resolved.

“The techniques for installing windows and proper flashing are now an industry standard,” Moore said. “When it’s done correctly, it’s a premium siding that will outlast all the other ones.”

Experts rate a stucco wall to last for more than 50 years. In Minnesota, 70% of all-stucco homes ever built are still standing, according to the Minnesota Lath and Plaster Bureau.

“All of the older homes in Minneapolis and St. Paul have held up over the last 50-plus years,” Moore said. “It’s really proof of the fact that it’s a good material in Minnesota.”

Moore’s client base today tends to be those of higher-end homes. “The more expensive areas around town are going with stucco as a premium product that costs more than other sidings,” he said. “But the look is top-notch and the durability is second to none.”

Pedacrine added that stucco’s resurgence also can be attributed to its reputation historically as an attractive material that crosses over to a variety of housing genres.

“Whether you’re interested in Colonial or Victorian, Southwest or Modern, or anything you want to express your individual style, stucco is very accommodating,” he said.

Why does Minneapolis keep planting trees under power lines?

Does Minnesota have the coldest and longest winters of any of the US states?

How many people live their entire life in Minnesota?

Who is the oldest living Minnesotan and what is their story?

What does ‘Minnesota’ mean and how did the state get its name?